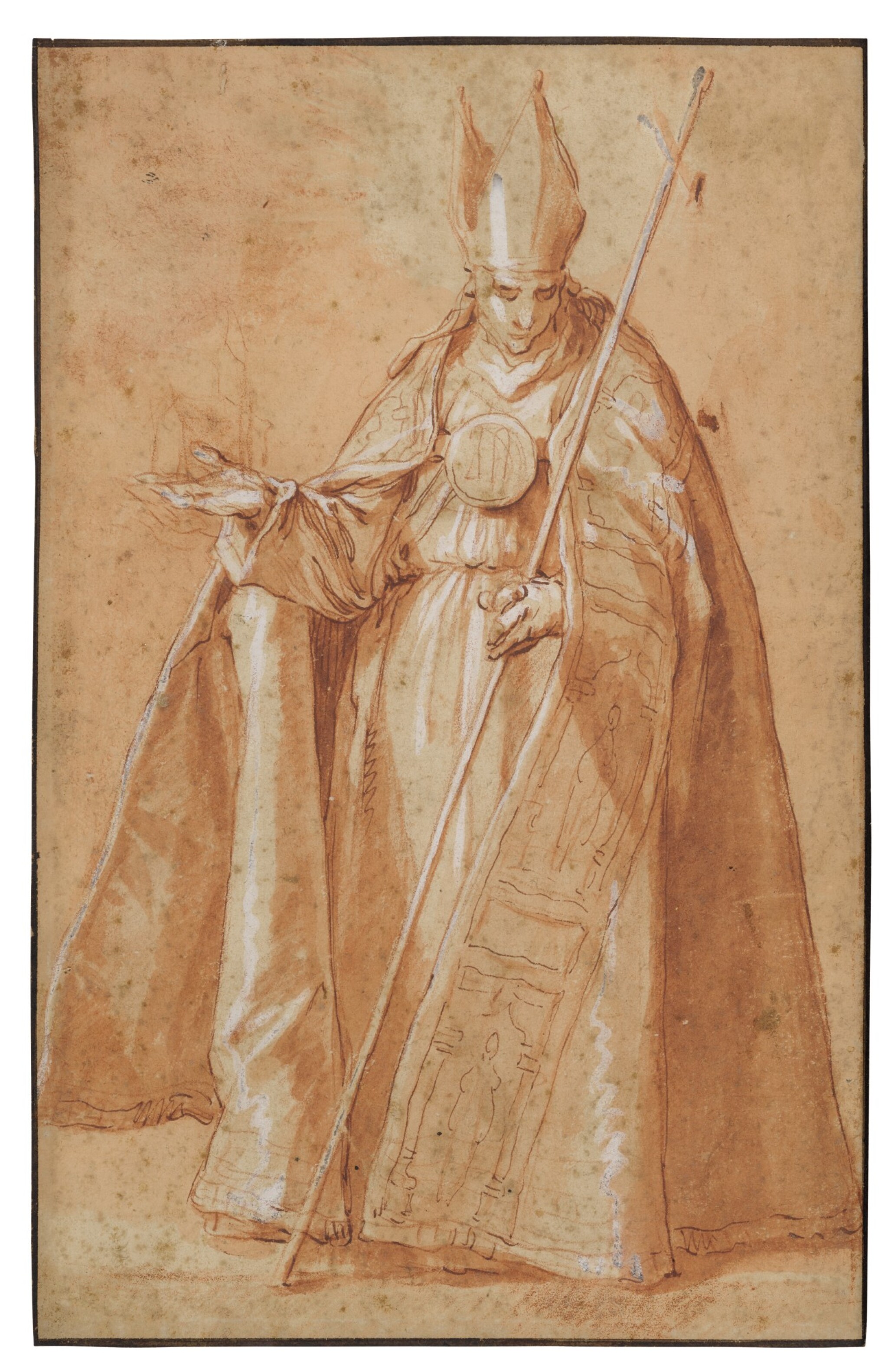 Hinge mounted to a double sided cream mount. There is scattered foxing to the recto and some minor areas of oxidization to the white heightening. There are some small abrasions to the recto and a little overall toning to the sheet. The verso is reinforced with a narrow strip of paper to the four edges and there is some slight toning and gray staining to the sheet. The drawing remains in relatively good condition throughout with the combination of media, both recto and verso, well preserved. Sold in a modern giltwood frame.

The recto of the present sheet fits very securely into a group of twenty one drawings, described by Bolten as the so-called "Bishops",1 based on the fact that the models employed by Bloemaert were adorned in ecclesiastical robes, and the figures portrayed were inevitably intended for devotional images. The vast majority of drawings from this very distinctive group are similarly executed in a combination of red chalk and wash, with highly comparable examples now housed in European institutions including the Albertina, Vienna,2 and the Musée du Louvre, Paris.3Whilst Bolten notes that some of the figures from the "Bishops" group were used by Bloemaert in subsequent painted compositions, such as The Church Fathers, "the result is almost always a conversion of poise, gestures and drapery and never an exact copy."4 Many of the studies, including the present drawing, were not, however, used in paintings, but instead served the more general purpose of preparing the artist for drawing.