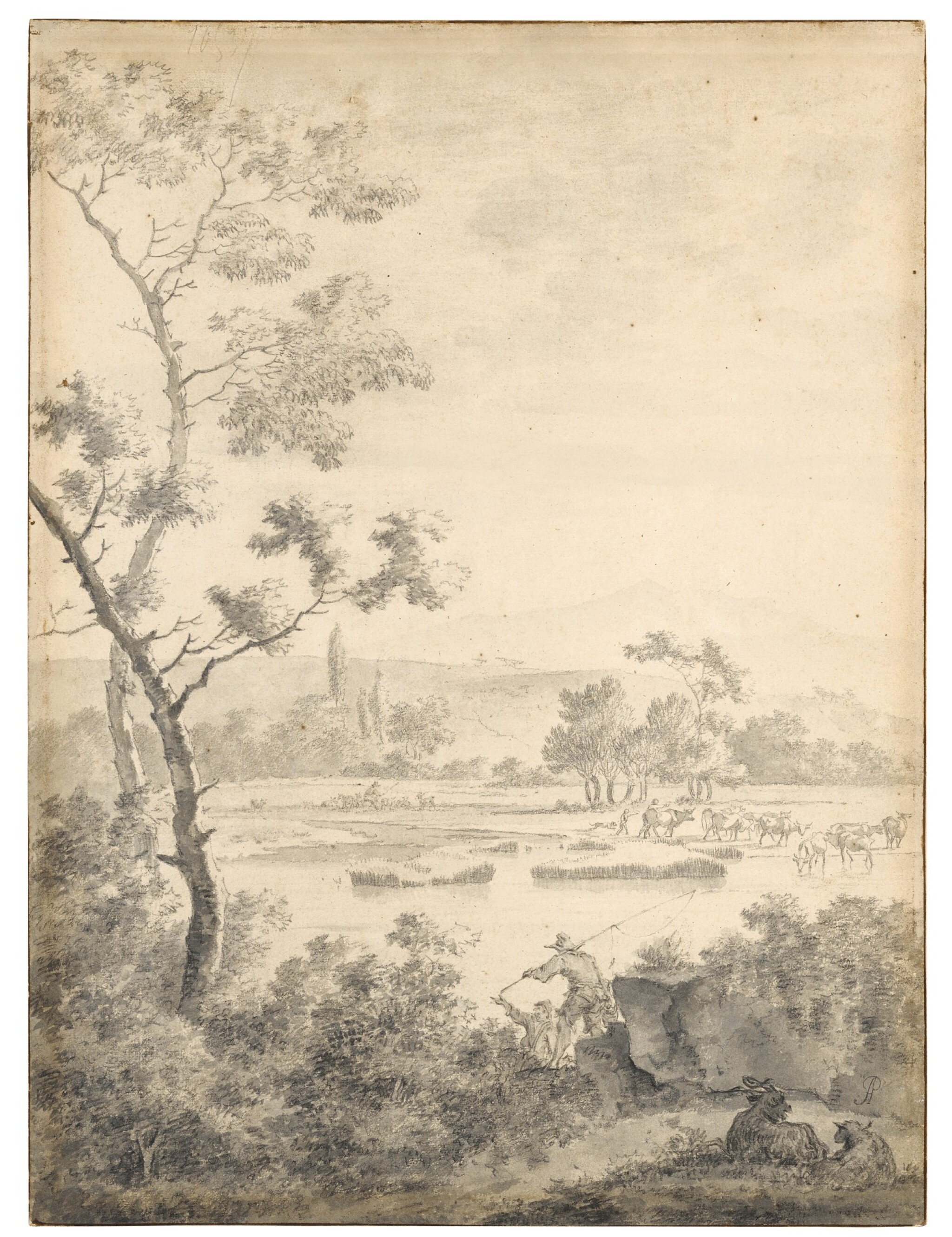 Laid down on a thin card backing and subsequently hinged to a modern mount. There is toning to the sheet and old mount burn to the four edges. There are some small scattered stains throughout and a minor abrasion above the trees on the left. The combination of media remains well preserved with the image still reasonably strong. Sold in a faux tortoiseshell frame.

Despite the appearance of two works by Pijnacker in this sale alone (see also lot 36), the emergence of a drawing by the artist on the open market is a rare event indeed. The present work, signed by the artist with his distinctive monogram, can be compared on stylistic grounds to a sheet in the Teyler Museum, Haarlem, depicting a Mountain Landscape with Figures on a Wooden Bridge.1As noted by Michiel Plomp in his accompanying catalogue entry for the Teyler's drawing, sheets "of similar technique and size are in Leiden and Amsterdam (Rijksprentenkabinet). Both are dated 1663, the first signed in full, the other with Pynacker's monogram".2 Plomp suggests that the Teylers drawing should therefore date from around the same moment, in the early 1660s, a dating that on stylistic grounds should also be applied to the present work.