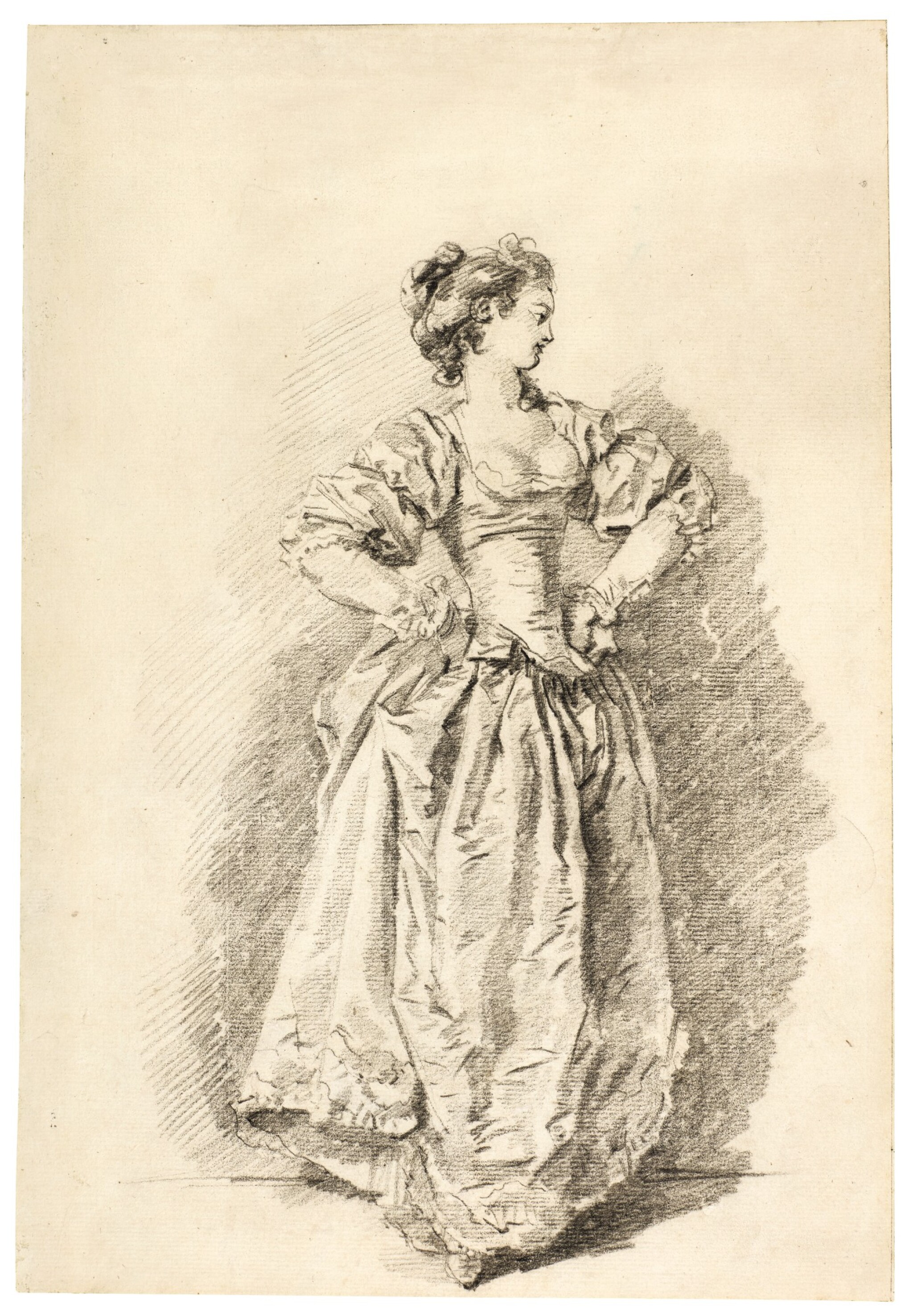 Laid down and window mounted. A slight black line around the edges, part of an old mount which has been trimmed to the edge of the sheet. Overall good condition and medium strong. Sold mounted and framed in a carved wooden 19th Century frame.

This sheet belongs to a group of chalk figure studies of young women, where the artist's primary interest was in describing the play of light across full silk skirts.1 Although many of Fragonard's best known works of this type (such as the splendid sheet sold in 19982) are executed in red chalk, the less familiar black chalk examples like this have their own distinctive and atmospheric quality. A similar study of a fashionable young woman in black chalk, but with touches of wash in the background, is in the National Gallery of Canada, Ottawa.3  That drawing shows a model seated, pausing as if interrupted whilst tying her garter; she wears a dress almost identical to the one seen in the present sheet, and both drawings must have been executed at about the same time. The shadow around the figure, cleverly drawn with short parallel lines creating different patterns, helps to locate the elegant figure in space.

Fragonard probably began this series of drawings in the mid-1770s and continued past 1780.  These finished studies of young women wearing shimmering silk dresses have been avidly collected since the 19th Century. Contrary to opinions popular in the past, the studies do not seem to have been intended as portraits, nor can it be convincingly shown that they portray Marguerite Gérard or Rosalie Fragonard.

In the present example, the model's posture suggests a pause during a dance, which introduces a lively anecdotal element.

We are most grateful to Eunice Williams, who, at the time of the New York sale in 2010 (see Provenance) kindly assisted with the cataloguing of this drawing.