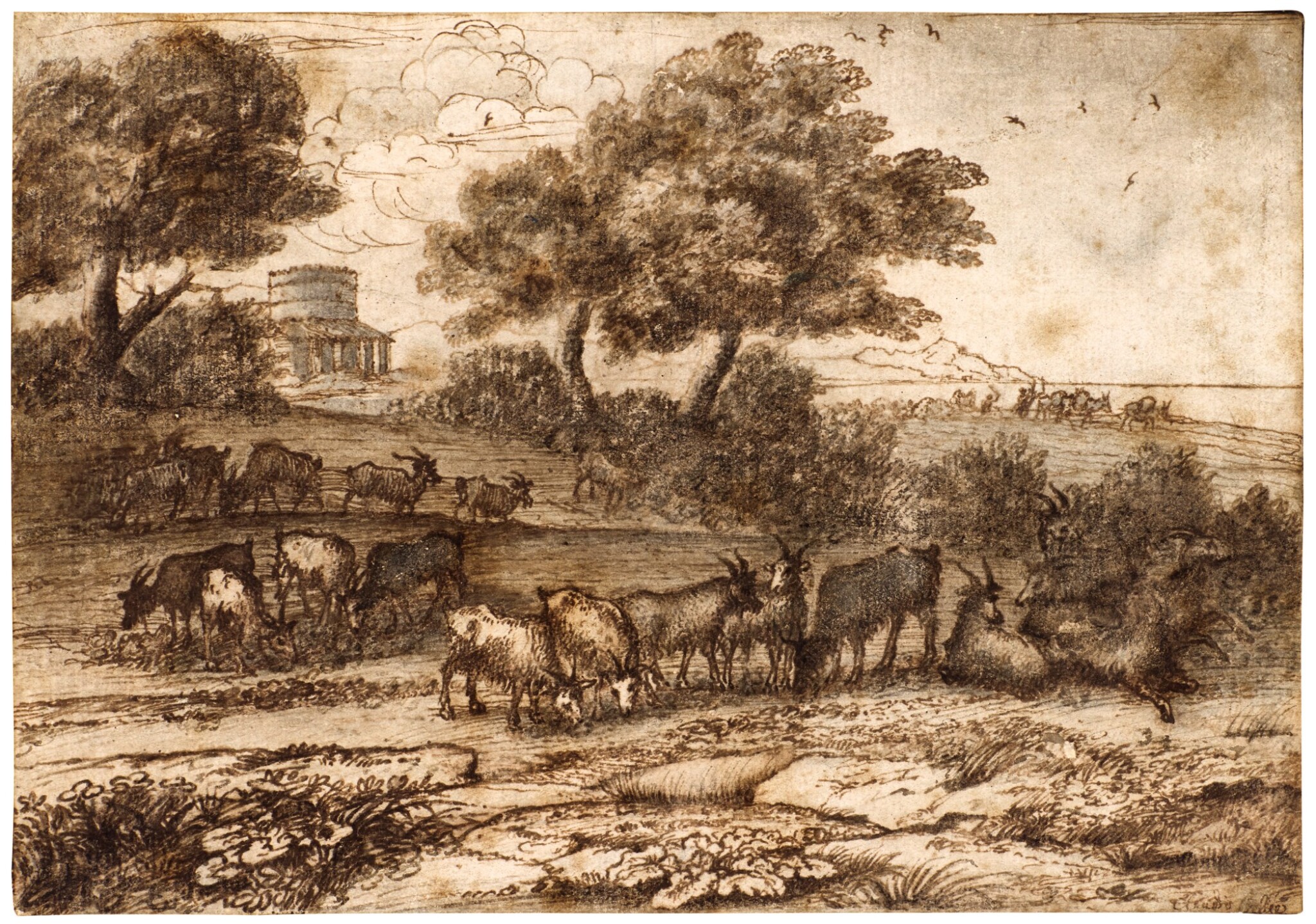 Pen and brown ink, brown and gray wash over traces of black chalk;

Laid down on a card board. The surface of the paper is stained especially to the right and at the top of the sheet. The middle area up to the trees shows rubbing of the surface, and some losses to the area of goat to the right. In these areas, on the trees at the top and on the building, there is some dark washes added at a later period. The foreground is better preserved, a small loss is below the goats to the right.

An elaborate and highly finished Mediterranean coastal view, this accomplished composition exhibits the clear separation of planes found in many of Claude's paintings and drawings alike.  The attention to the foreground, characterized by big stones and large leafy plants, is very typical of the artist, and similar motifs occur in many paintings, particularly during the 1640s.

The marine coast in the distance, opening to the sky, creates a particularly successful sense of space and overall pictorial balance, with contrasts of tone and variety of penwork that would originally have been more evident than they are today. The drawing is mostly executed in extremely fine and dense strokes of the pen, and stylistically must date to the 1640s. The pastoral subject also fits well with Claude's work of these years. The careful execution and very balanced composition could indicate that this drawing was made for its own sake and not necessarily in preparation for a painting. As Marcel Roethlisberger observed, 'The forties were for him a Carracesque decade, in which his compositions moved away from the narrative, romantic pastorals towards a more heroic concept of landscape.'1