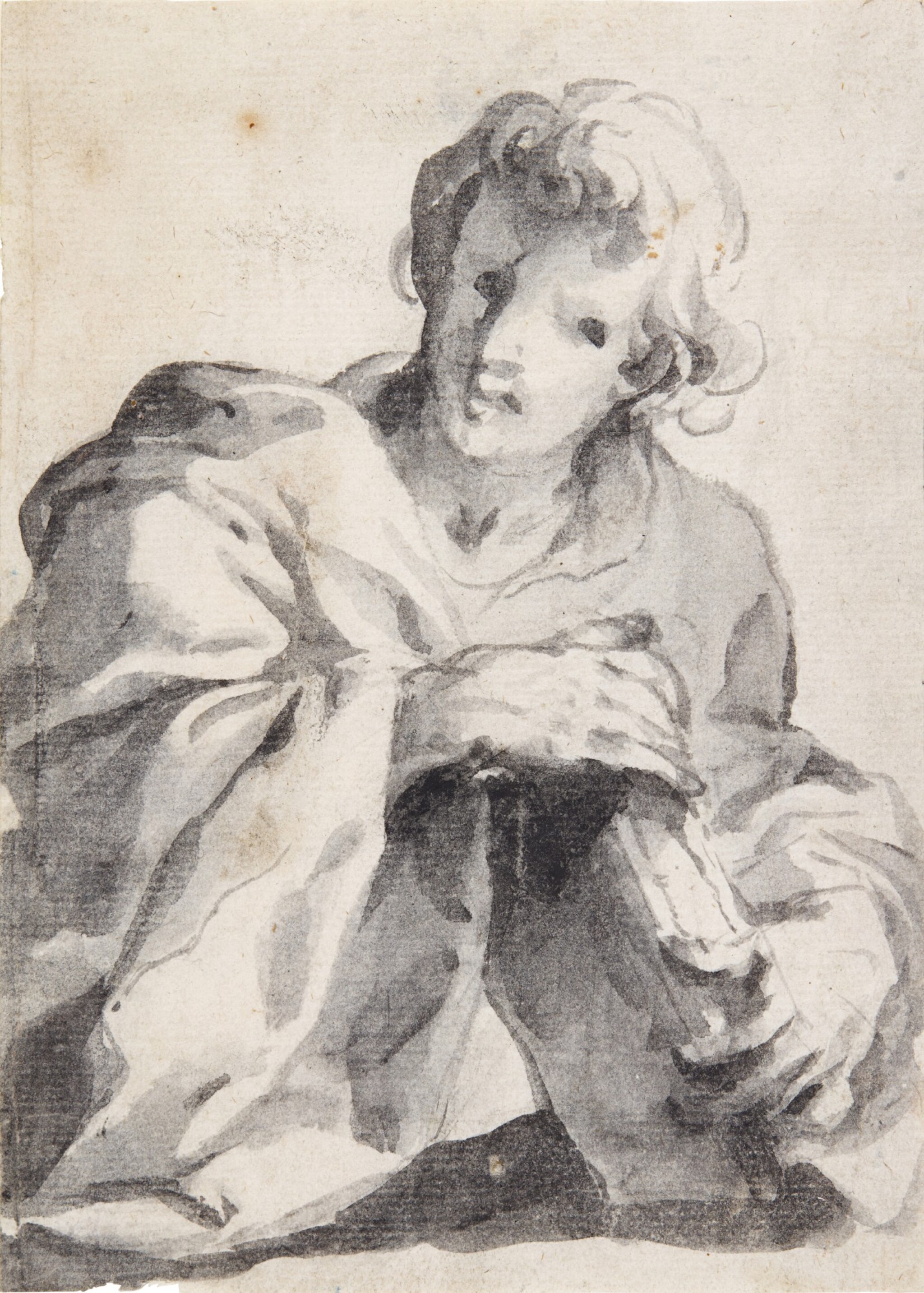 Point of the brush and several shades of grey wash

Hinged at the top. On the verso the remain at the margins of a previous old backing paper. A small hole, bottom centre. A few knicks at the lower margin to the left . Little foxing in the upper section. The paper is a bit buckled. Media still strong.

This is one of a well-known series of drawings of the Twelve Apostles or Saints. The majority of these are in the Kunsthalle in Hamburg, while the Metropolitan Museum and the National Gallery of Canada have one each, and the rest are in private collections (see Literature, p. 19, nos. 9-23, all reproduced pls. IV-VII). They have been attributed to Herrera the Elder since 1842, and in the same year, after the death of the collector Frank Hall Standish (1799-1840), they were presented with his entire collection to King Louis Philippe of Orléans (1773-1850). These sheets appear to have been conceived as finished works of art in their own right, but may also have served as studies for devotional paintings.

Though the attribution has wavered between Herrera the Elder and his son Francisco de Herrera "El Mozo" (the Younger; 1627-1685), most scholars seem, like Angulo and Pérez Sánchez, to favour an attribution to the father,