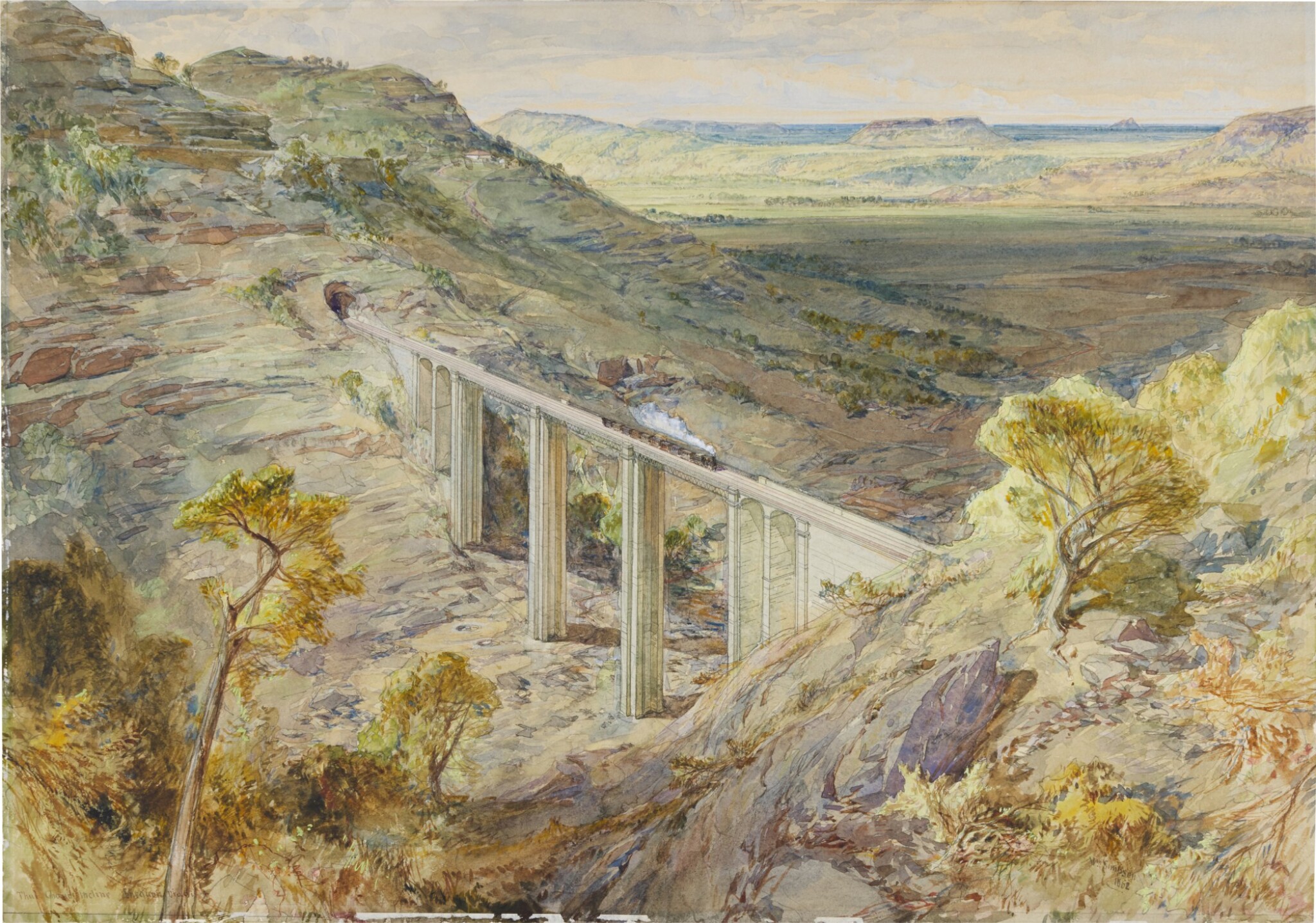 Watercolour over pencil heightened with bodycolour;

The work is well preserved with good original colour. At the extreme edges of the sheet, there are pigment loss and remains of an old mount. These defects are covered up by the present, museum quality mount.

Thal Ghat and Bhor Ghat, in the Indian state of Maharashtra, are parts of the mountain range known as the Western Ghats. Both carry major rail routes from Mumbai; Bhor Ghat, carries that to Pune, to the southeast of Mumbai, while Thal Ghat carries that via Kassara to Nashik, to the northeast. Those routes were constructed by the Great Indian Peninsula Railway, which was founded in 1849, during the control of the British East Indian Company, and developed in the early days of the British Raj.

The first passenger train ran on 16 April 1853, from Mumbai (then known as Bombay) to Thana (Tanna). By 14 June 1858, the line had been extended to Pune (Poona), though the viaduct that crossed the Bhor Ghat took another five years to complete; in the intervening period, that part of the route was served by palanquin, pony or cart.

The line to Kasara (Kassarah) was opened on 1 January 1861, while the section beyond which crosses Thal Ghat and leads to Igatpuri (Egutpoora), was opened on 1 January 1865. Both routes were the result of outstanding achievements in civil engineering. For instance, the original incline through Bhor Ghat involved the construction of 25 tunnels, 8 arched masonry viaducts and numerous embankments.

William Simpson observed and recorded the progress of the railway in January 1862, near the end of his extended stay in India. In his autobiography he wrote: ‘The railway was then working from the top of the Thul Ghat at Egatpoora to Chalesgaum, or Deololee. I came by rail therefore to the top of the ghat, made sketches, and then went on to the Bhore Ghat and made sketches of it. These were heavy works, and were not finished at the time of my visit.’