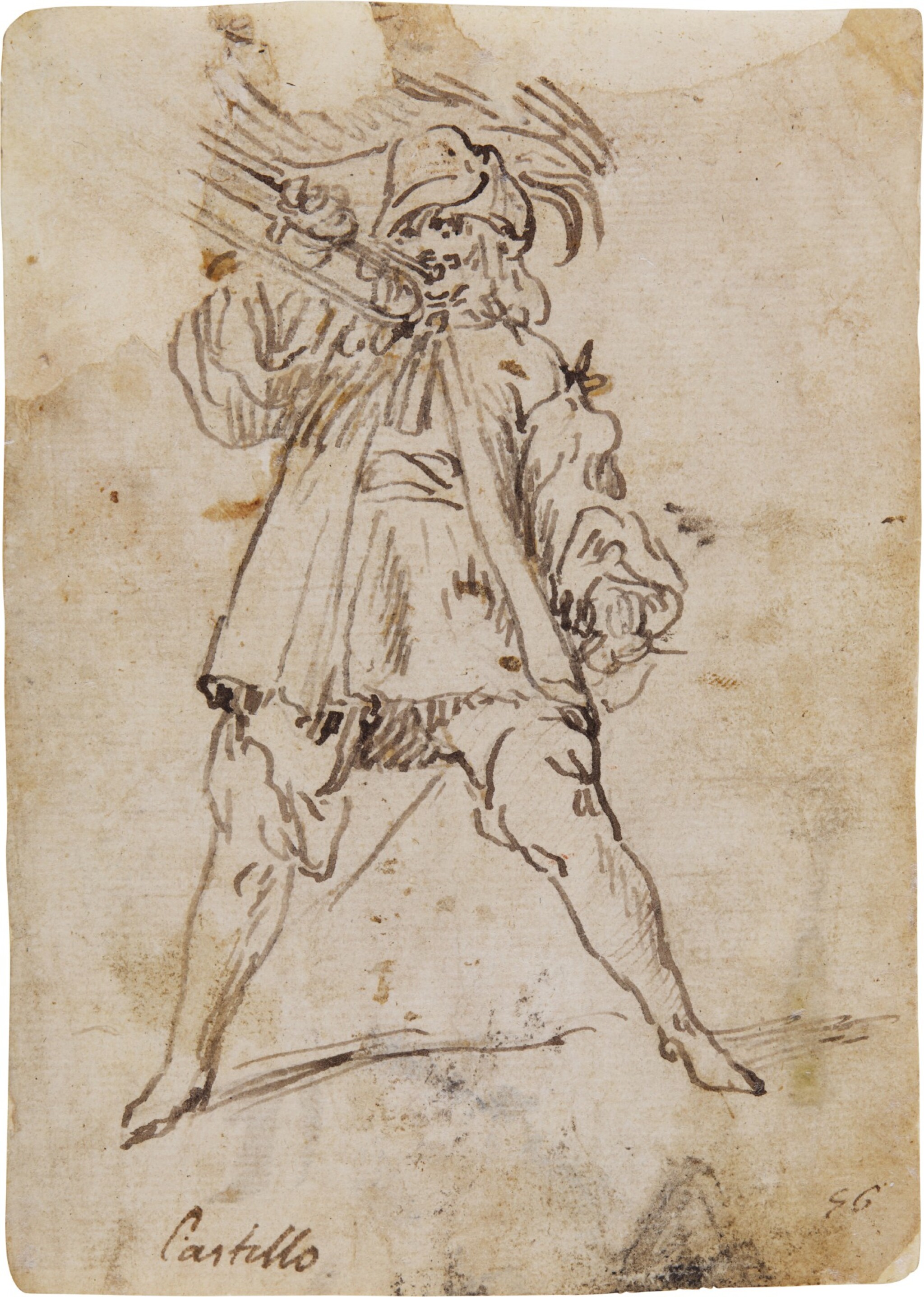 A) A Man Sounding a Trumpet

B) Saint John the Baptist

All pen and brown ink;

All hinged to mounts at the upper margin. All once part of the same album of drawings. A - upper section of sheet has been made up and there are various studio stains. B) Repaired tear in upper section running across the Saint's face. C) A large brown stain in the centre of sheet. D) there are several brush marks across the drawing, possibly studio crossings out/corrections. The media in all sheets is still strong and vibrant. All sold unframed.

These interesting studies, illustrating a mix of secular and religious subjects, appear to all come from the same album, judging by the size, inscriptions and numbering that is present on all sheets.

Another five sheets from the same album, depicting various figure studies, also from the collection of Stirling-Maxwell and part of the Apelles group were exhibited in 2002 in the Museo de Bellas Artes de Asturias.1

Comparable figure studies, executed in pen and brown ink with similar handling and technique, were offered and sold in these Rooms in 1986, 1992 and 2005.2