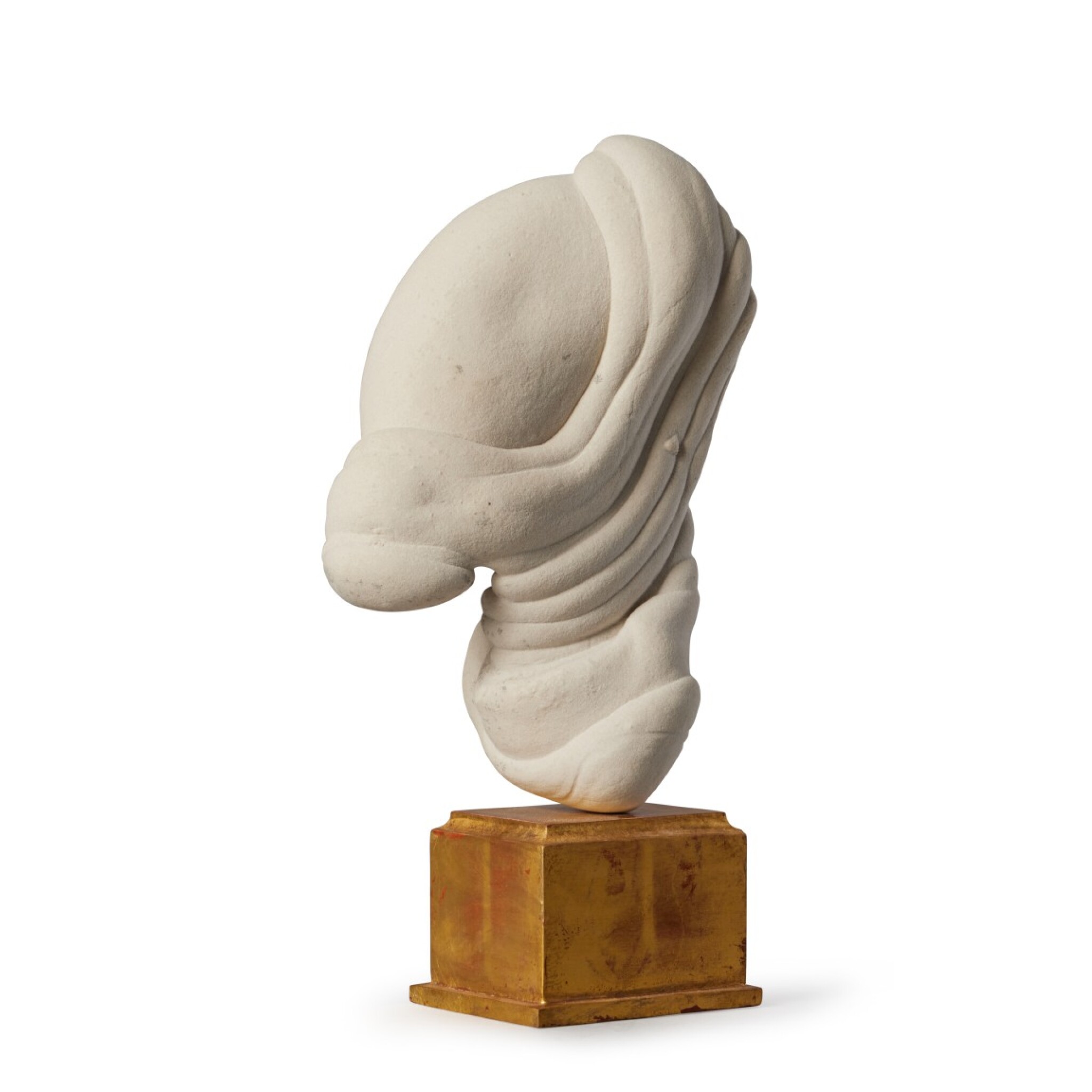 A gogotte is a millions-of-years old, naturally shaped sandstone concretion, consisting of tiny quartz fragments held together by calcium carbonate. The finest specimens are found in Fontainebleau, France, renowned for its extremely fine-grained, porcelain-like sands, and each of these natural mineralogical works of art take on unique forms, often evoking clouds, whirlwinds, animals, or ghosts, such as the current example which resembled the famed Hellenistic sculpture, The Winged Victory of Samothrace currently on display at the Louvre in Paris. Gogottes were a great inspiration to the Surrealists, as well as Louise Bourgeois and Henry Moore, and have captured the imaginations of some of the most powerful aristocrats in Europe. Louis XIV, “The Sun King” was so seduced by them, that he had numerous specimens excavated to decorate the gardens at the Palace of Versailles, and a great number of the ornately rounded, scrolling formations can be found surrounding the mysterious grove of the Three Fountains (designed by Le Nôtre in 1677). Destroyed during the time of Louis XVI, the Grove was reconstructed in 2004, with the gogottes appearing in all of their natural glory, thanks to the patronage of the Société des Amis de Versailles and The American Friends of Versailles. A particularly well-preserved example of a sandstone concretion is on display at the Smithsonian Institution National Museum of Natural History in Washington D.C.