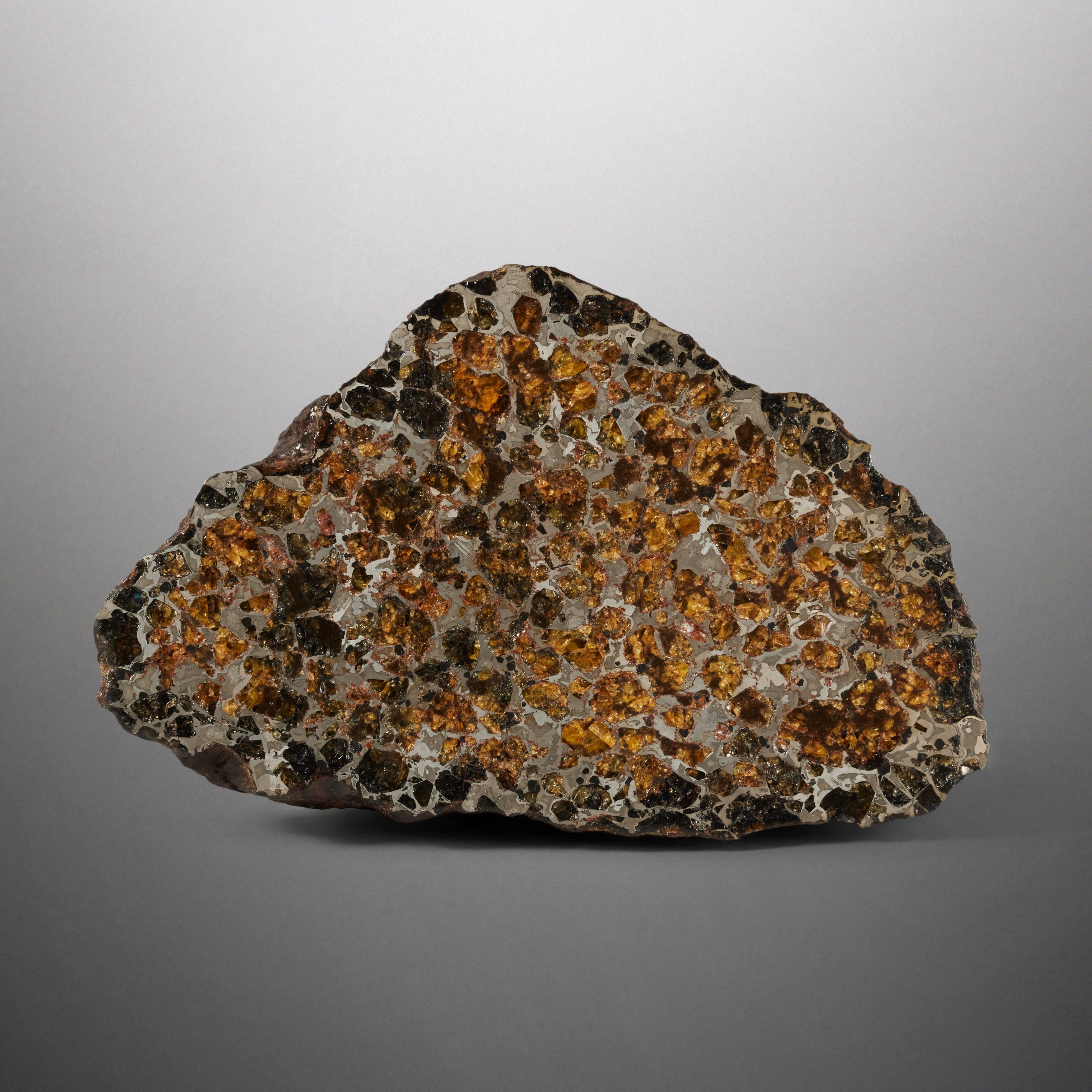 First found in Byelorussia (White Russia) in 1810, Brahin, is a pallasite. Extremely rare, pallasites represent only 0.2% of all meteorites and are considered the most beautiful substance that is out of this world.

In a situation similar to that described in lot 91, the term “pallasite” is in honor of the German scientist, Peter Pallas, who discovered the first pallasitic mass in 1749 in Siberia. As was the case with Count Widmanstätten, this is an honor Pallas is most fortunate to have received, as Pallas believed the unusual mineral assemblage he investigated could not possibly have been from outer space. He was in good company; the notion of rocks falling out of the sky had not been scientifically accepted until about 50 years later.

Pallasites originate from the mantle/core boundary of a shattered asteroid. On the cut surface, a mosaic of sparkling olivine (magnesium iron silicate) crystals from the asteroid’s mantle is suspended in its highly-polished iron-nickel matrix from the asteroid’s core. The reverse features the meteorite’s natural external surface of shallow dimples of olivine surrounded by elevated ridges of metallic matrix blanketed in an oxidized patina with russet accents. A captivating example of an extremely rare meteorite type.

From the collection of Mr. Ruben Garcia, Peoria, Arizona