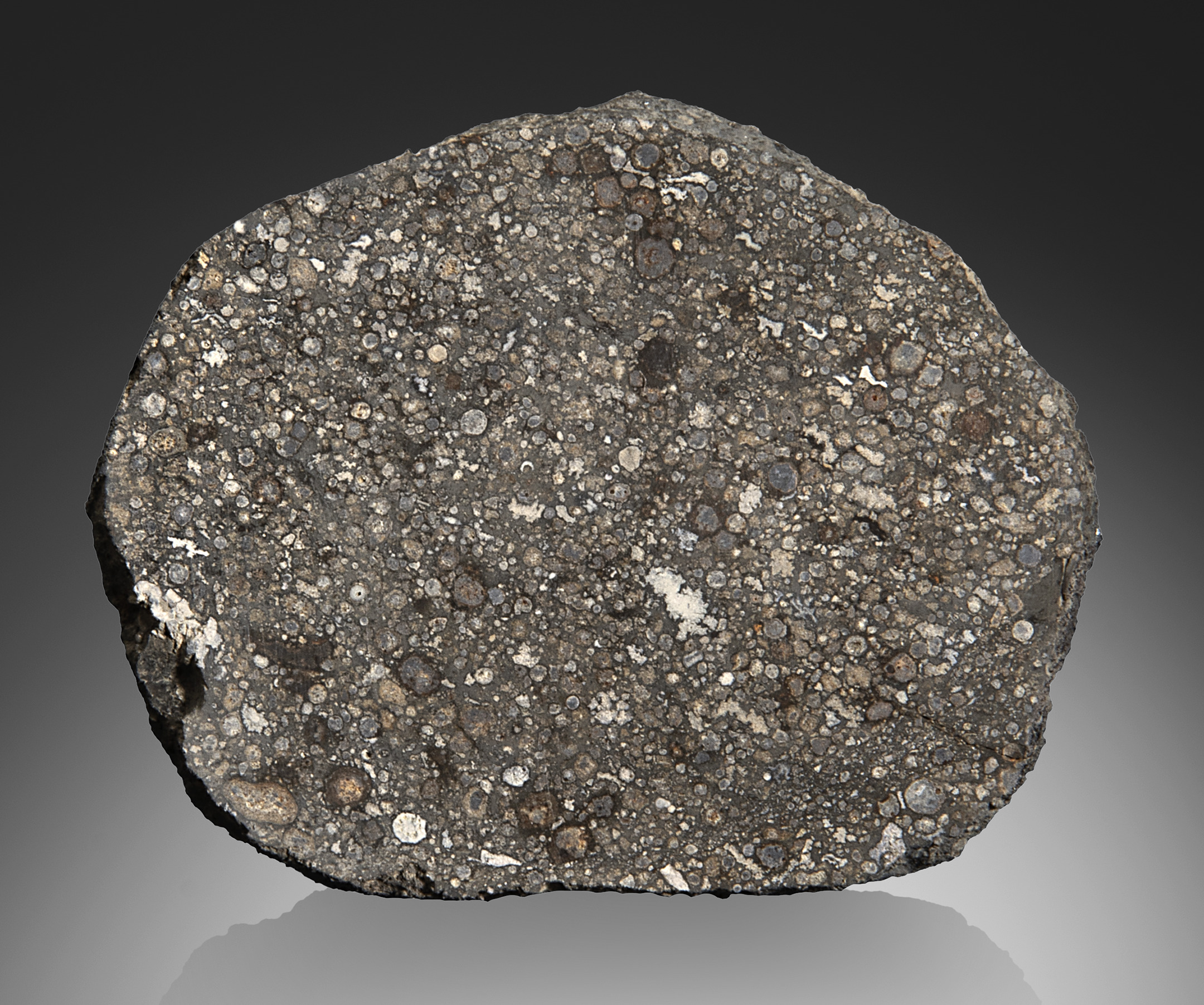 This is a select slice of the most studied meteorite in the world. Rare by virtue of its carbonaceous chondrite classification, Allende contains particles that scientists believe were created during the explosion of a super nova that occurred prior to the formation of our solar system. In effect, the white calcium-aluminum inclusions (CAIs) seen here are aggregates of "stardust" — and Allende is among the relatively few meteorites to contain such particles. CAIs are among the first particles to have condensed out of the gaseous solar nebula from which our solar system formed. The mineral panguite was discovered in Allende specimens in 2012; it was appropriately named after the ancient Chinese god Pan Gu, the creator of the world, who separated yin (earth) from yang (sky).

It was on February 8, 1969 that Allende meteorites separated out of the sky and rained down outside of Chihuahua, Mexico and the field of cosmochemistry has never been the same. Rimmed with patches of fusion crust, dappled with CAIs and a myriad of other inclusions — including the rarity of an especially large CAI which can be viewed three dimensionally at the lower left margin — this is a compelling piece of early cosmic history.