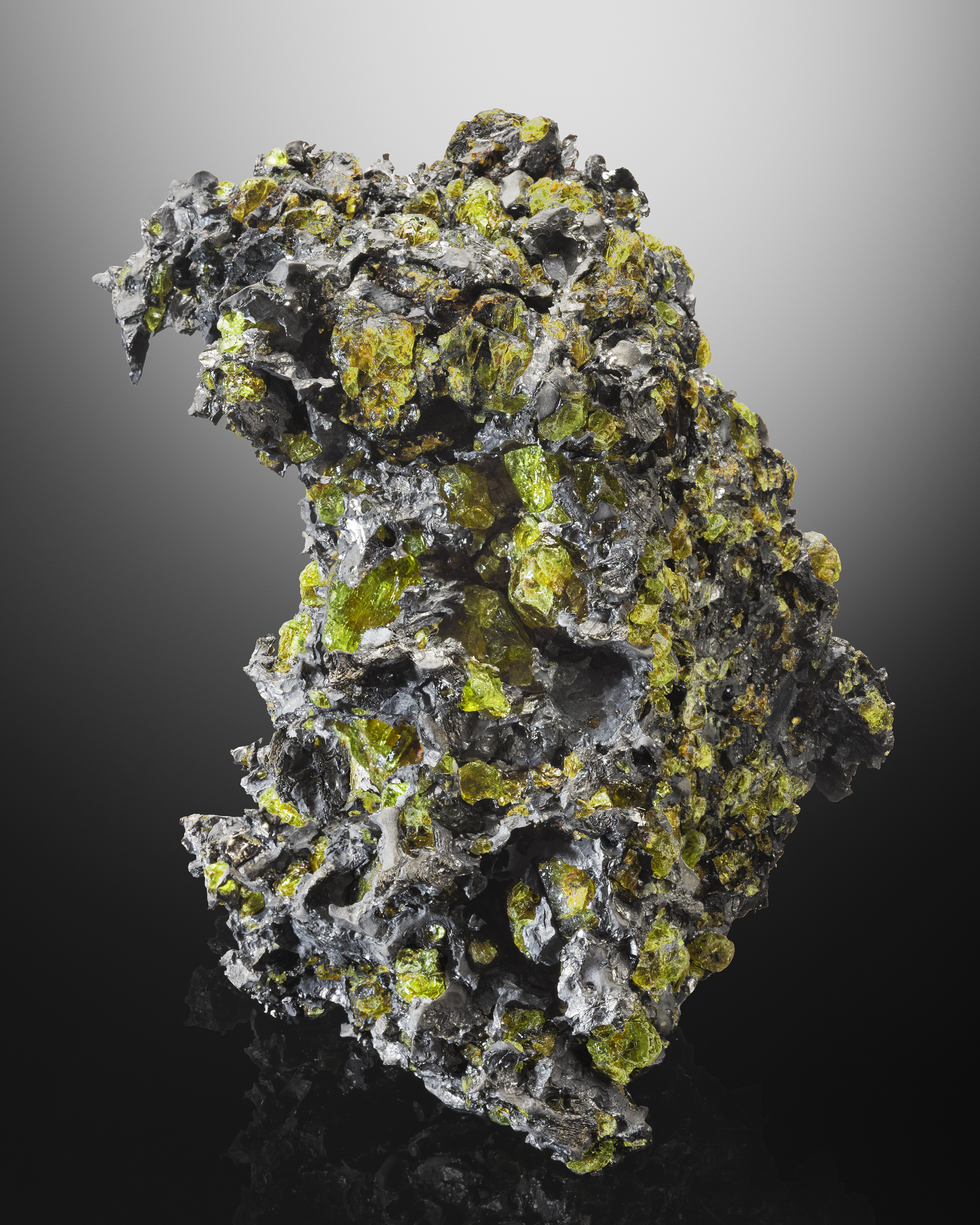 Pallasites are the most beautiful extraterrestrial substance known, and this is an incomparable example of an Admire pallasite — and one which bears a semblance to how it would appear in space before penetrating Earth’s atmosphere where frictional heating would melt the crenelated surface now seen.

Representing less than 0.2% of all known meteorites, pallasites are also exceedingly rare and like most, Admire formed at the mantle-core boundary of an asteroid about 4.5 billion years ago. It was here that molten metal from the asteroid’s core mixed with chunks of stony olivine from the mantle which later crystallized. When a catastrophic collision shattered Admire’s parent asteroid roughly 100 million years ago, this event — and perhaps a subsequent nudge — sent what was to become the Admire pallasite on a collision course with Earth. Admire was first discovered when it was struck by a plow outside of the town of Admire in Lyon County, Kansas in 1881. The specimen offered here is a recent recovery.

As a result of their great allure, pallasites are extremely sought-after meteorites but most do not have translucent crystals. In this superlative specimen chunks of extraterrestrial olivine and peridot (gem-quality olivine), ranging in hues from bright apple green to chartreuse, are suspended in its native iron-nickel matrix. A multitude of sockets and chambers are delimited by the extremely strong metallic alloy from the asteroid’s molten core which is draped in a pewter to platinum hued matrix with burnished accents. For the discriminating collector, multiple orientations fascinate in what is among the finest known specimens of its kind.