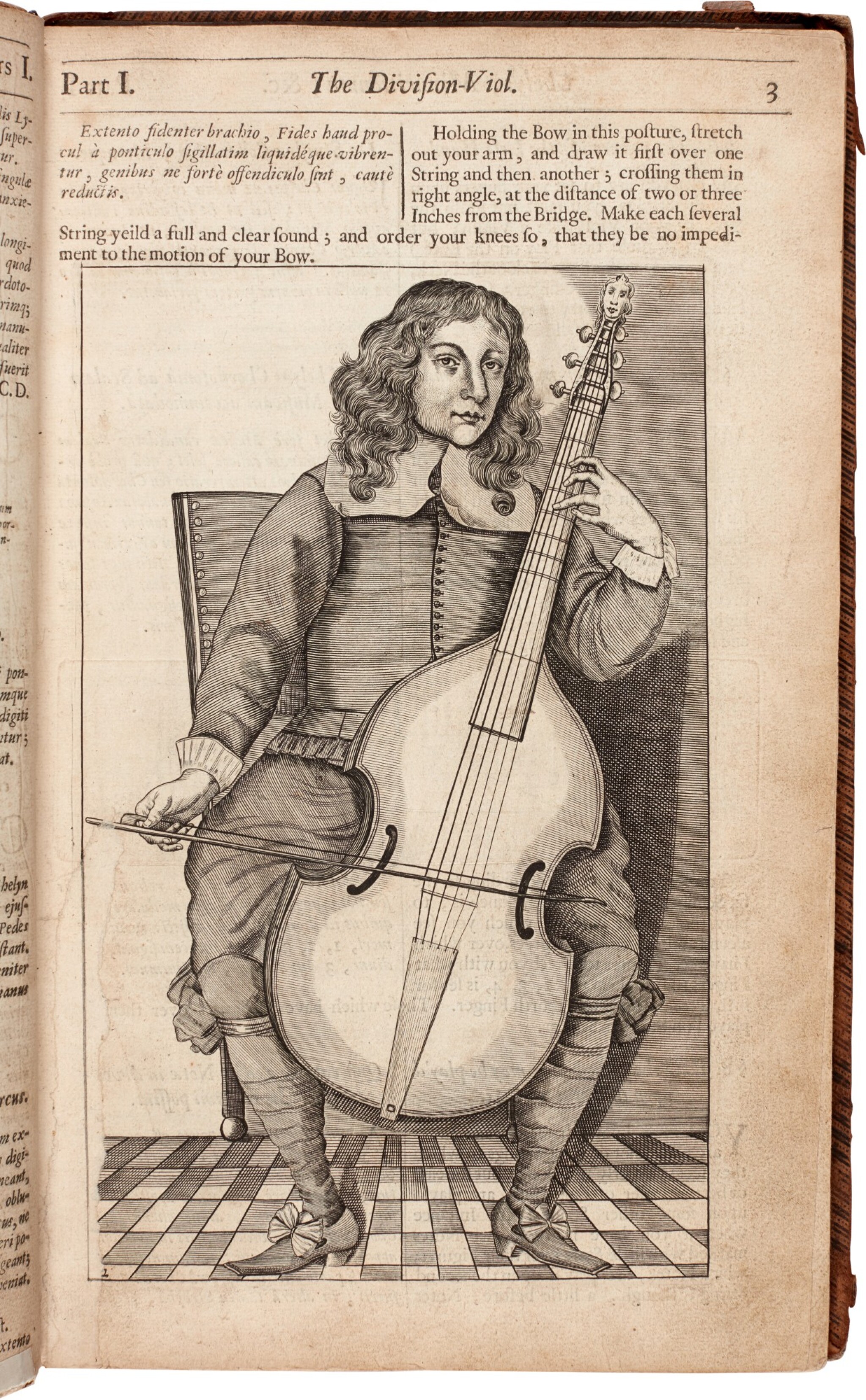 RARE. We have traced no copy at auction of the 1667 second state of the second edition since 1938. The only copy of the first edition of 1659 to have been offered at auction in recent years was sold in these rooms on 1 December 2005 (lot 173).

Christopher Simpson was the most important English writer on music during the Commonwealth. The success of his original edition of 1659, entitled The Division-Violist, provided the impulse for a second edition, with parallel Latin and English texts, in order, as Simpson notes in the dedication, 'to make it useful at Home as well as Abroad'. Its three sections are: 'Of the Viol it self, with Instructions how to Play upon it'; 'Use of the Concords, or a Compendium of Descant'; and 'The Method of ordering Division to a Ground'. For Dolmetsch and others who sought to revive interest in the viol, such a work was regarded as a bible of relevant information on the instrument.