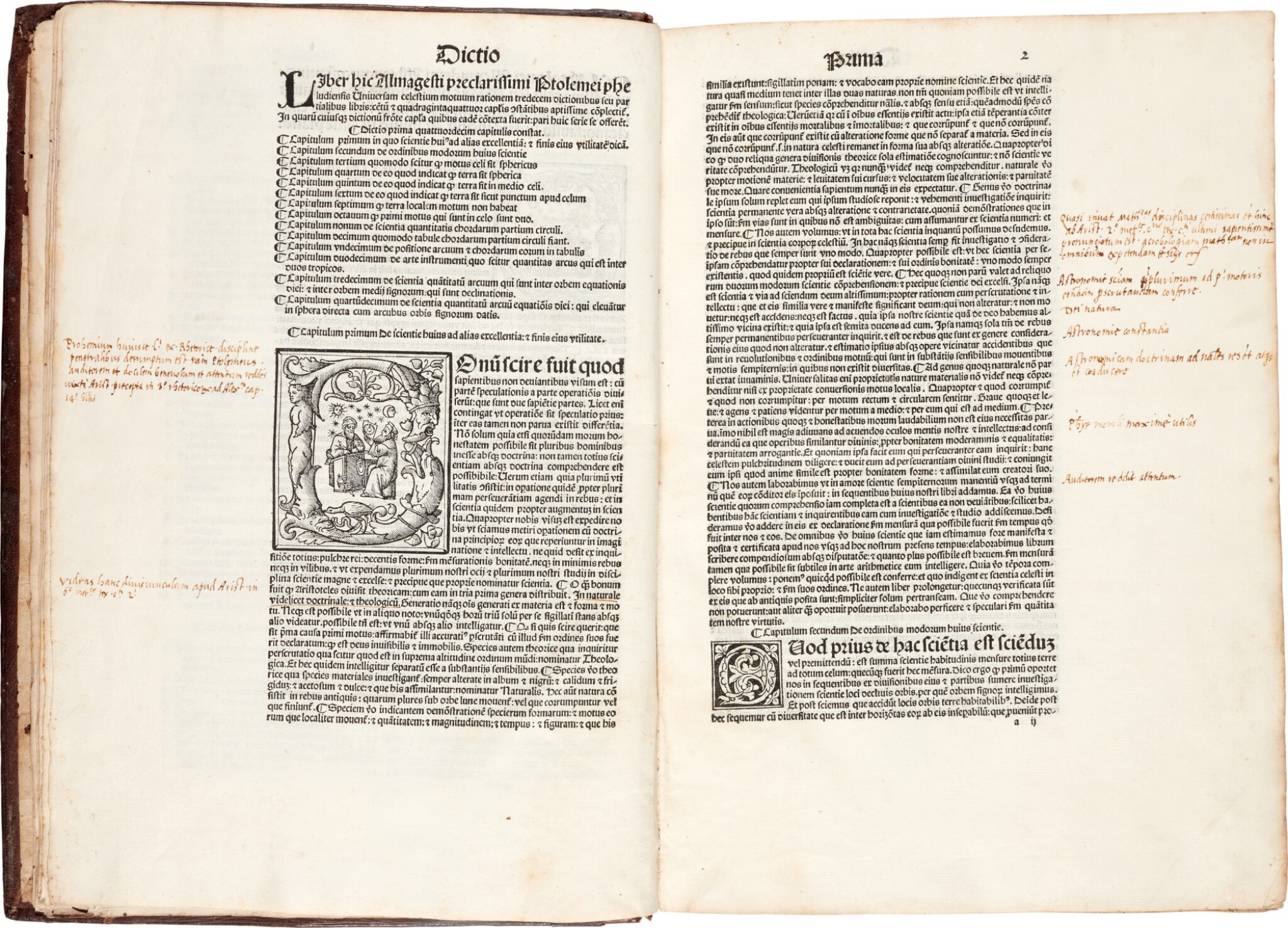 A TALL AND CRISP COPY of Ptolemy's complementary astronomical and astrological works. His astronomical survey, the Almagest, appears here in the first printing of Gerard of Cremona's Latin translation, made in Toledo in the twelfth century from an Arabic manuscript. It contains a star catalogue in books seven and eight which were still being used by Halley at the beginning of the eighteenth century, although Tycho Brahe had already corrected some of the coordinates. Ptolemy also describes various instruments for measuring the heavens. The second work is on the philosophy and practice of astrology, emphasising its logical aspects, and it contains details on the significance of comets and eclipses as well as numerous horoscopes.

Ptolemy called the first work Mathematical Composition, but the transmission of the text through the medieval Islamic world resulted in the Arabic title al-Majisti. Similarly, his Quatrobiblon is a Latin version of the Greek title Τετραβιβλος, "In four books", although it is thought that Ptolemy called this text Αποτελεσματικα, "Effects".

The text of the Quadripartitum is printed alongside other similar astrological works, attributed to Hermes, Al-Battani, Al-Mansur, Plato of Tivoli and Al-Misri. Ratdolt printed an edition of just the Quadripartitum and Centiloquium in 1484, and Peter Liechtenstein printed a volume entitled Liber novem iudicium in iudiciis astrorum, containing many of these supplementary works, in 1509.