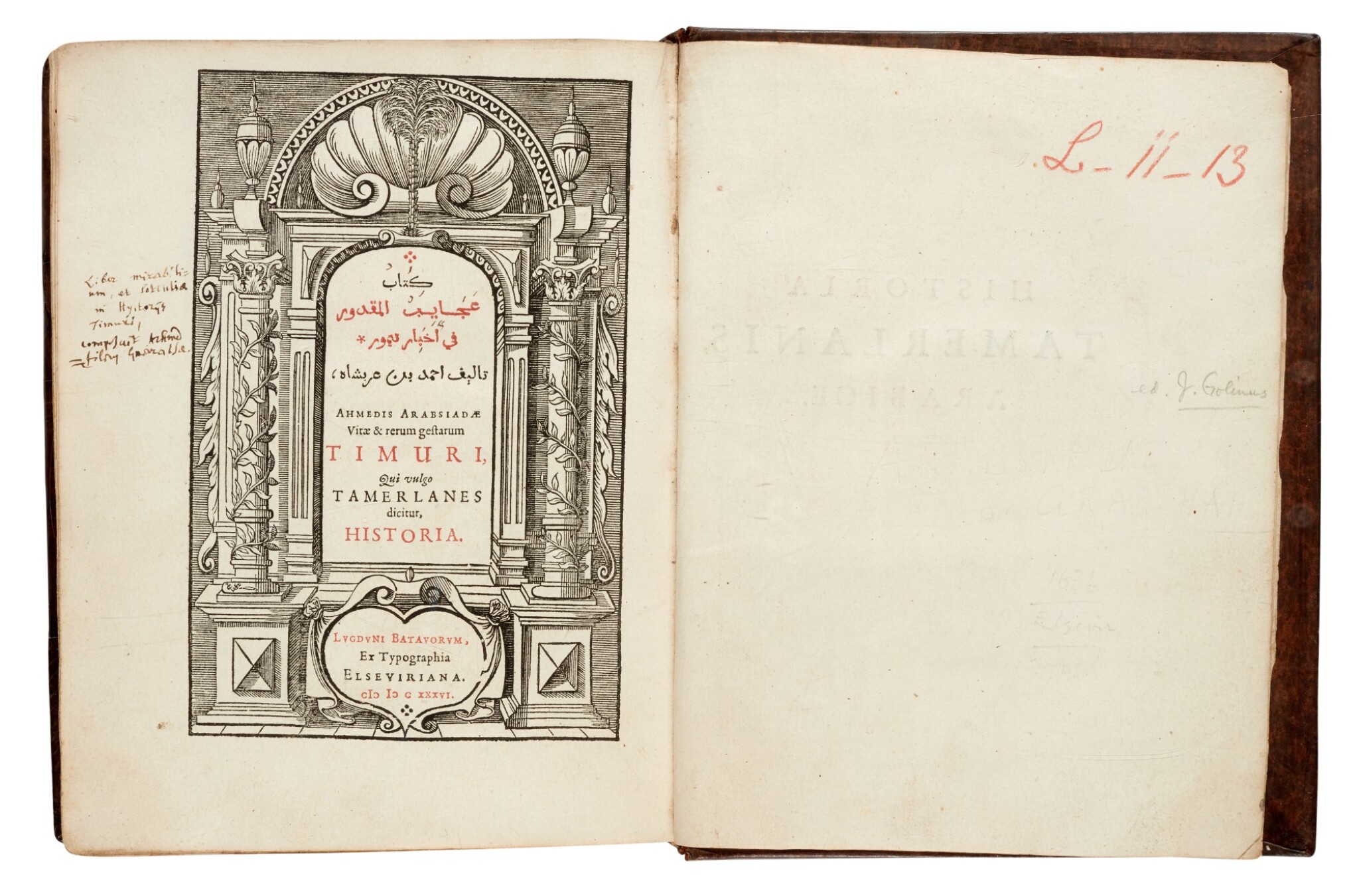 4to (200 x 152mm.), half-title in Latin, title printed in red and black within a woodcut border, text in Arabic, near contemporary blind-stamped mottled calf, EXTENSIVELY ANNOTATED IN LATIN AND ARABIC in several different hands, with some notes in English, some pages with interlinear Latin manuscript translation, a few manuscript notes on scraps of paper inserted

FIRST EDITION. This authoritative account of the life of Tamerlane is based upon the original Arabic manuscript brought to Leiden by the celebrated orientalist, Jacob Golius (1596-1667), professor of Arabic at Leiden University, who travelled to Syria and Constantinople in the 1620s acquiring manuscripts for the university. The author, Ahmad ibn 'Arabshah, was secretary to the Sultan Ahmad of Baghdad and composed the biography shortly after Tamerlane's death in 1405. Golius had planned to write a commentary and translation but this was never published.

The extensive seventeenth-century annotations are in several hands; it has been suggested that some of the handwriting might be that of Thomas Marshall (1621-1685), philologist and Rector of Lincoln College, Oxford, though this book is not in one of his distinctive bindings, nor does it have any mark of contemporary ownership. The pool of English Arabic scholars at this time is not large, and further detailed investigation may well bear fruit.

bookplate of the Cope family of Drummilly (Armagh)