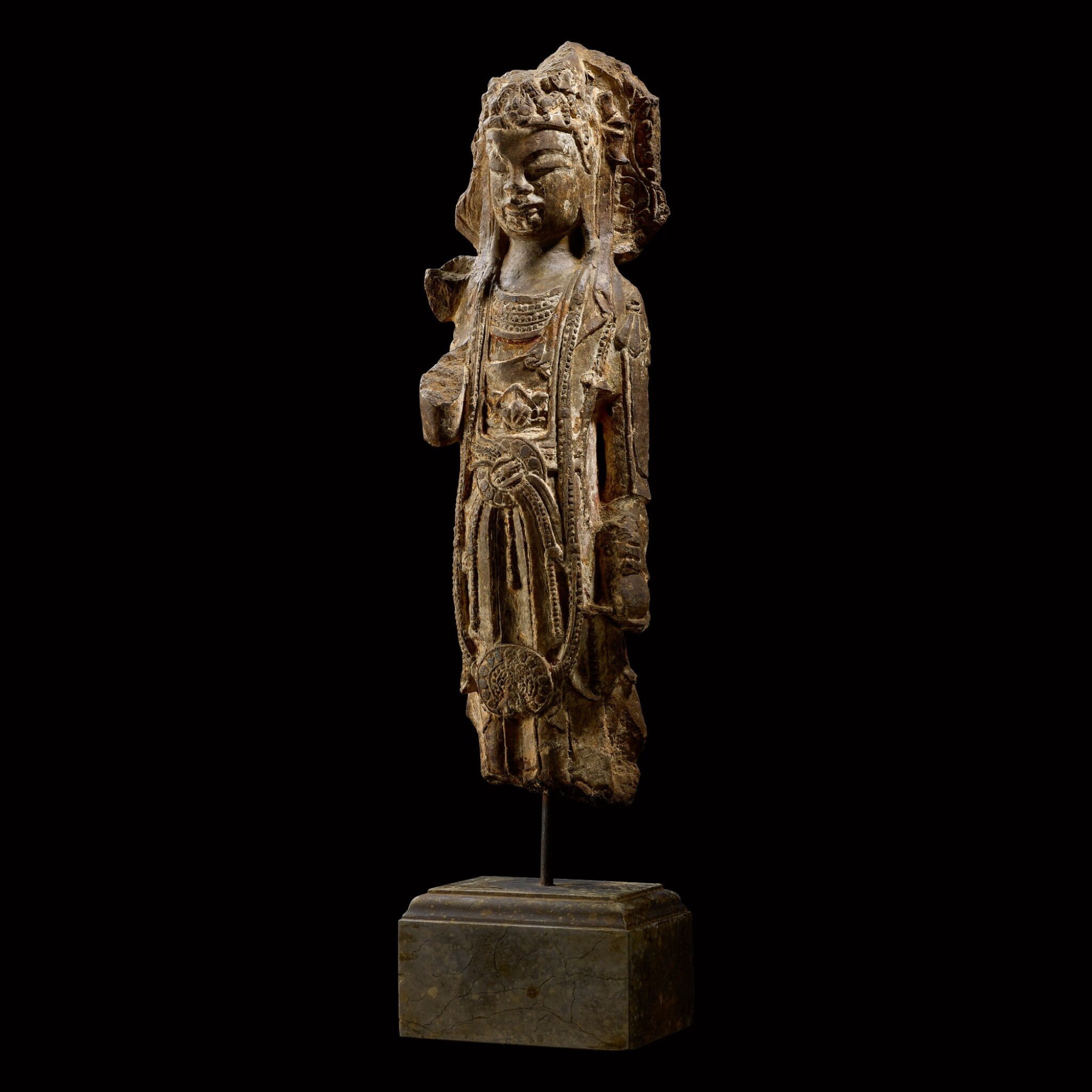 A limestone figure of a bodhisattva

portrayed standing holding an amphora in the left hand, adorned with necklaces, a medallion, long beaded chains and scarves drawn through a ring below the waist, the headdress ornamented with beaded chains and ribbons that hang down and frame the angular face with broad flat nose and prominent lips, backed by the remnants of a halo, mounted on stand

The figure has been broken below the head and carefully refixed. As visible in the catalogue photo, there are bruises and losses throughout the torso. There are traces of original gilt lacquer and red pigment.

Collection of Egon Zerner, and thence by descent.

The present lot shares features of Sui dynasty sculpture from Shaanxi province, such as the oversized head with a squarish jaw, deeply grooved eyebrows, prominent lips, a slight hint of a waist above the ring through which the scarves are drawn, and elaborate jewelry draped over a rigid upright body. A larger example is illustrated in Rene-Yvon Lefebvre d'Argence, Chinese, Korean and Japanese Sculpture in the Avery Brundage Collection, Tokyo, New York, 1974, no. 76; and other examples are also illustrated in Osvald Sirén, Chinese Sculpture from the Fifth to the Fourteenth Century, vol. 3, New York, 1925, pls 265, 266A, 267A and 268B. A figure of similar proportions was sold at Christie's New York, 19th September 2006, lot 138.