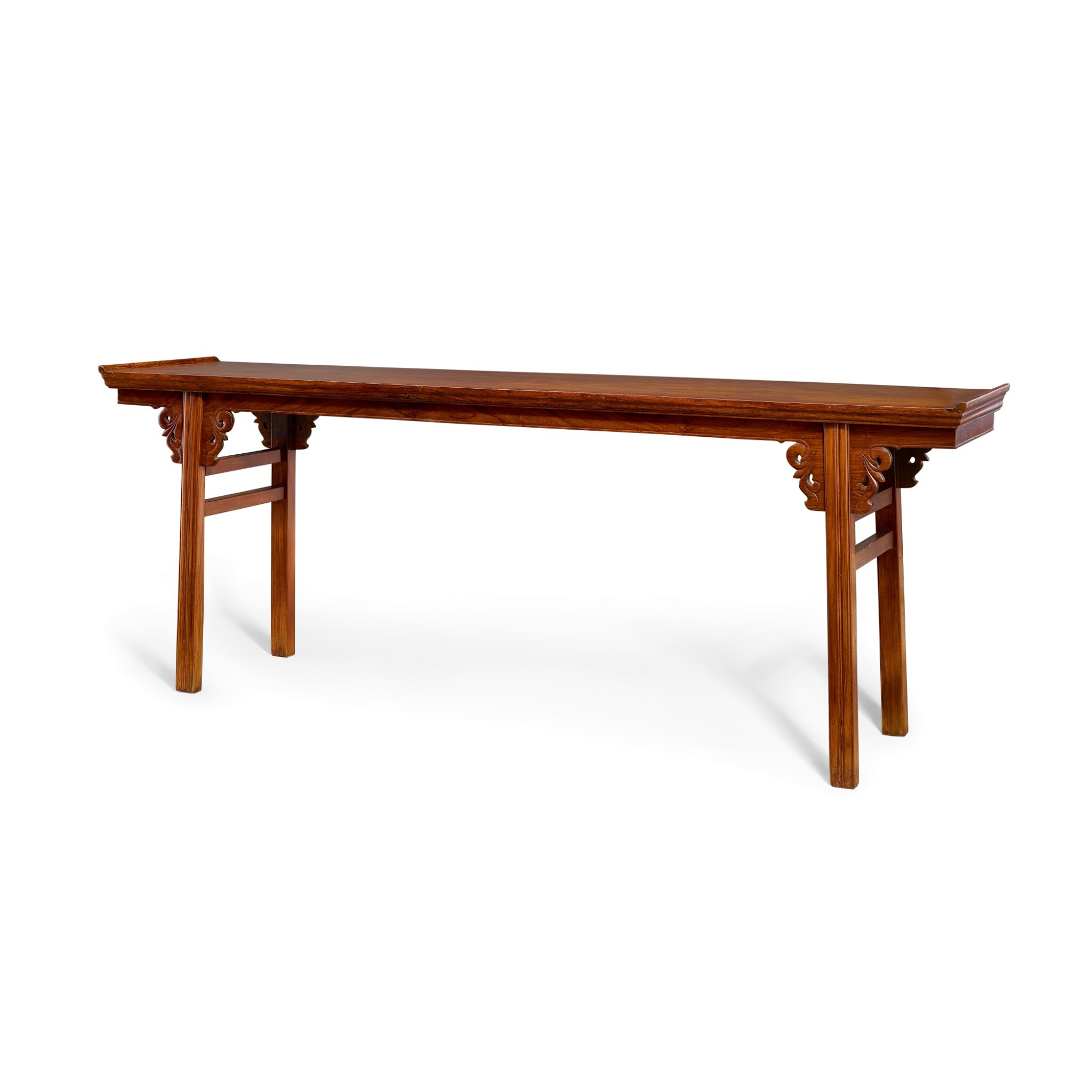 the top of a single-board panel flanked by shaped everted flanges on the shorter ends, surmounting beaded-edged aprons with openwork foliate spandrels, raised on four recessed rectangular legs decorated with beaded edges, each pair of legs joined on the shorter sides with two rectangular stretchers

The table is in good overall condition, with just some expected minor infilled age cracks to the top.

Precisely notable for their eponymous upturned ends, tables of this type, qiaotou'an, were produced in varying forms. Such tables are depicted in the woodblock illustrated books and paintings from the Ming and Qing dynasties, in which their versatility is demonstrated. The larger examples, exuding solemnity and austerity, were often placed with ritual implements and functioned as altar tables before figures of Buddhist deities whilst those of relatively smaller form such as the current one were likely used in scholars’ studios and reception halls and lent an air of refined elegance.

The striking clean lines of such tables’ silhouettes are indicative of the superior skills of the craftsmen to strike a remarkable balance between aesthetics and functionality. The seemingly simple yet highly laborious construction, complemented with the most valued hardwood, truly testifies to the timeless aesthetic of 17th century craftsmanship.