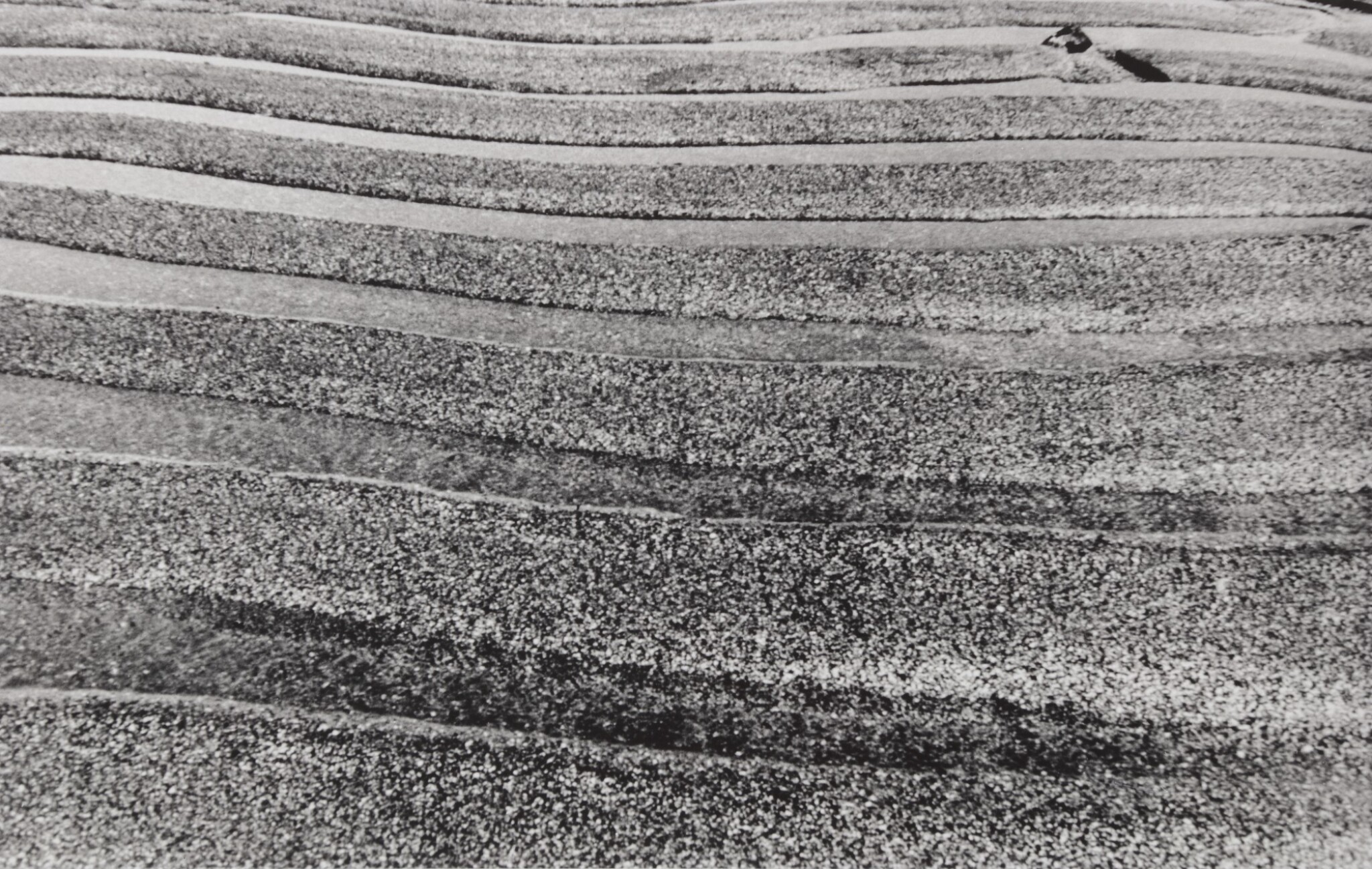 Printed posthumously by the artist’s family, 2003

Nasreen Mohamedi began her photographic practice in the early 1960s and yet, during her lifetime, never exhibited the striking and beautiful photographs she produced. Since her untimely death in 1990, these works have been considered private insights into the lens and world-view of the artist. Many of her photographs focus on shadows, a preoccupation which arose from her surroundings: ‘she did spend a lot of time by the sea and in the desert, places where light always presents itself in high contrast and shadows appear as intense apparitions.’ (R. Karode, ‘Waiting is a Part of Intense Living’, Nasreen Mohamedi: Waiting is a Part of Intense Living, edited by R. Karode et al, Museo Nacional Centro de Arte Reina Sofia, Madrid, 2015, p. 35)

In the current lot, Mohamedi’s unparalleled understanding of space, perspective and the compelling geometry found in the natural world is superbly demonstrated. Through her masterful close-framing and use of contrast, the beguiling channels which extend across the photograph have been removed from their context, and in turn almost abstracted. Her practice recalls that of Russian photographer Aleksandr Rodchenko (1891–1956); the photographs of both Mohamedi and Rodchenko enable the viewer to see the world in new and unfamiliar ways.

‘Mohamedi’s lines, removed from references in the external world, create an inner world of universal forms, where lines, instead of being divisive, offer utopian structures, functional networks, and harmonious balance. The focus of Mohamedi’s lens on shapes and lines reveals a new way to see the world, idealised, a hint at the blazing reality present within her drawings.’