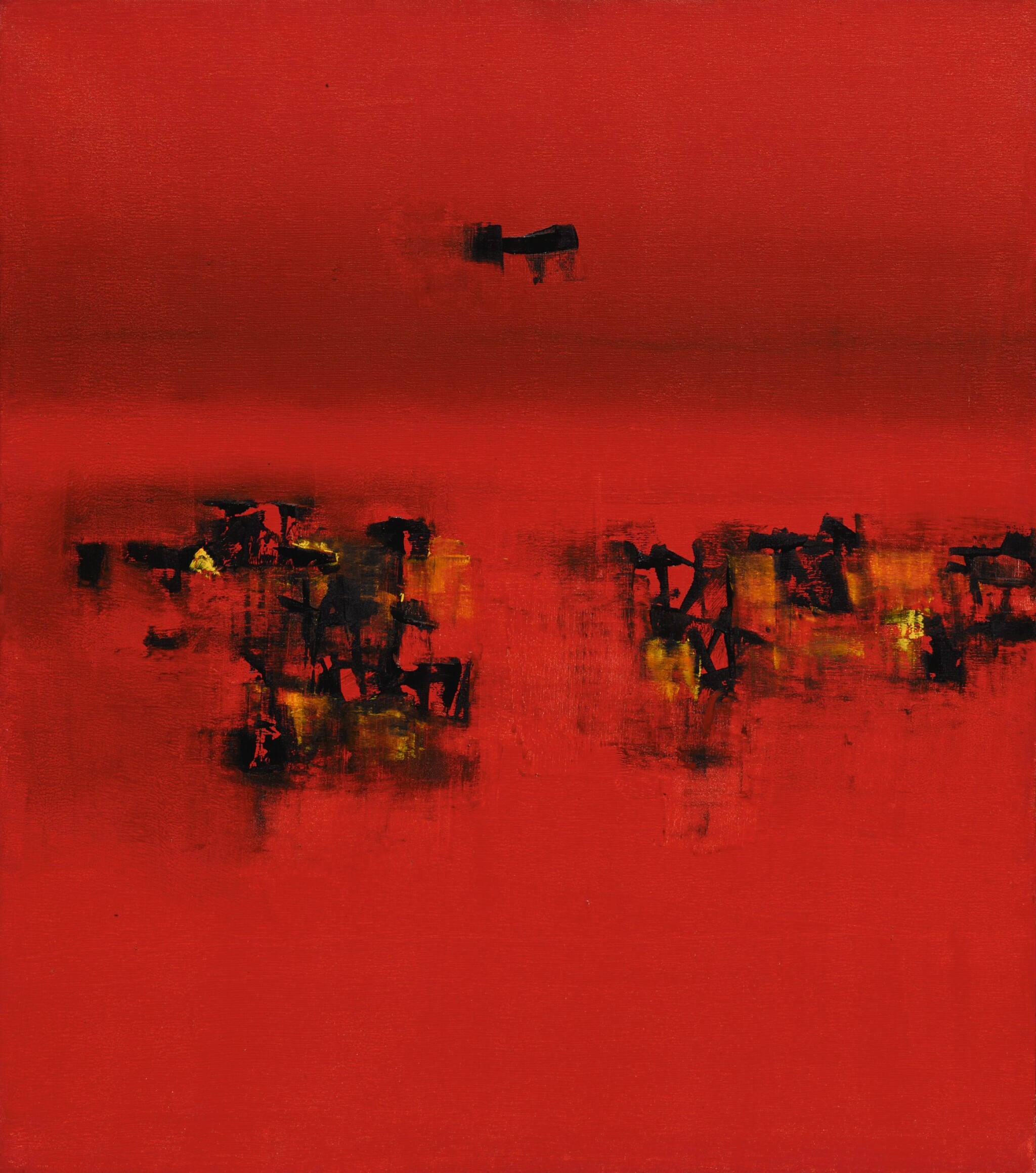 Signed and dated in Devanagari and 'GAITONDE / 62' on reverse

Acquired directly from the artist, Bombay, circa 1960s

Robert Eugene Marshak (1916-1992) was a world-renowned theoretical physicist and former President of the City College of New York. He was famously recruited as part of the scientific research efforts during World War II, and later he helped to found the Federation of American Scientists, to ensure that the terror of nuclear weapons was contained. Marshak met his wife, Ruth Gup (1916-1996), a school teacher, soon after joining the faculty at the University of Rochester, and the couple shared a profound passion for the arts. Marshak was invited to lecture worldwide, and during his and Ruth’s extensive travels, they collected objets d’art whenever possible. It was on a 1963 visit to India that they first saw and learned about contemporary Indian art, through famous Indian nuclear physicist and patron of the arts, Homi Bhabha, who had invited Marshak to lecture at the Tata Institute for Fundamental Research. At the TIFR, the couple saw works by Vasudeo S. Gaitonde and Adi M. Davierwalla, two artists whose work featured extensively in the Institute’s collection and soon entered the private collection of Robert and Ruth Marshak.