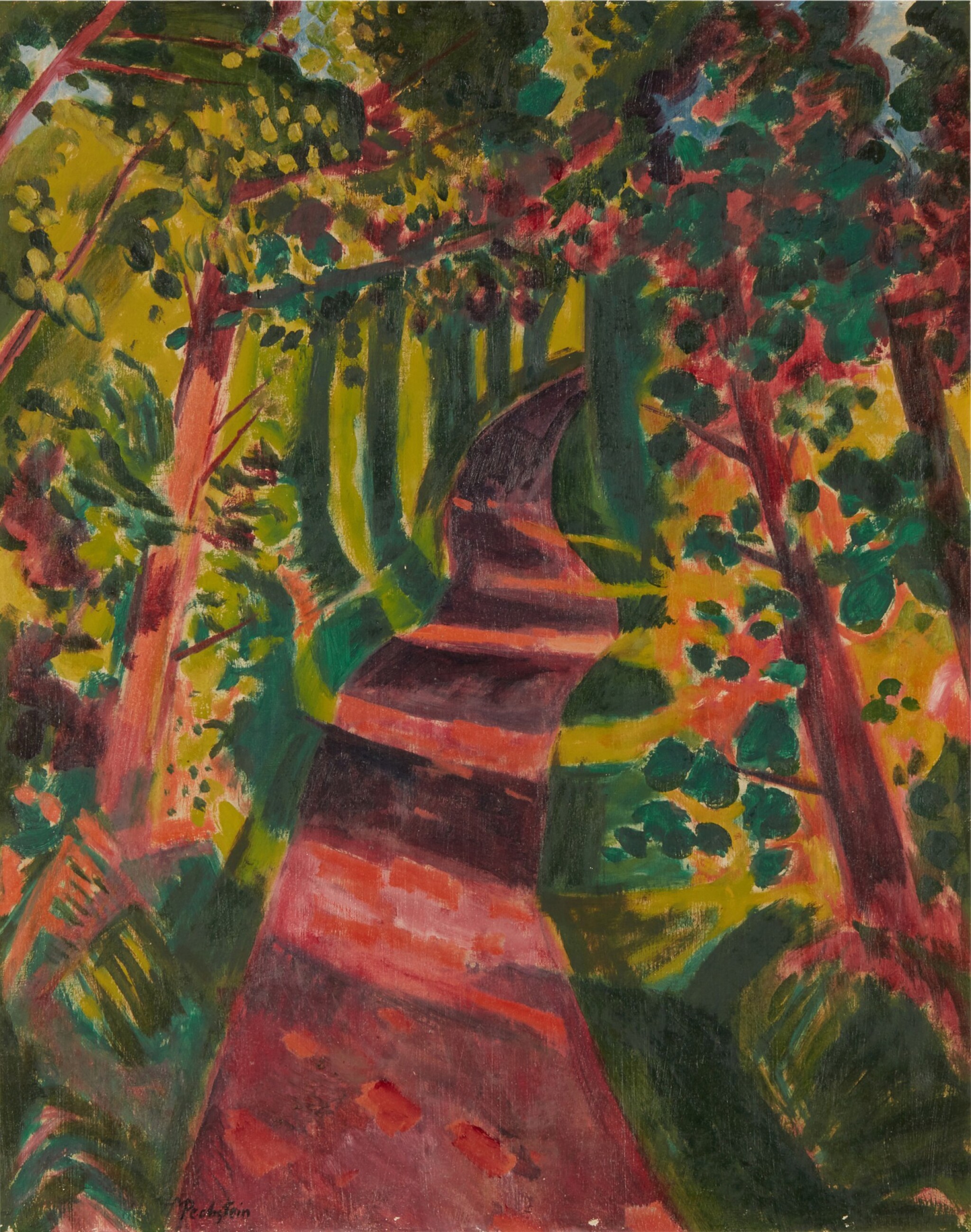 The authenticity of this work has been confirmed by Prof. Dr. Aya Soika, Berlin.

Studio of the Artist

Private Collection, USA (acquired from the above)

Between 1909 and 1920 Max Pechstein spent a great deal of time in the small village of Nidden, (today Nida in Lithuania), a remote fishing village on the Baltic Sea. A rich source of inspiration for the artist, Nidden was an idyllic retreat from the modern industrialized society of Berlin, where the artist spent the rest of the year. Having almost become an artist colony, with many artists visiting and residing in Nidden, the village was known for its distinctive landscape of sand dunes - ‘the Prussian Sahara’. Characterised by simple life and steeped in nature, it was here in Nidden that Pechstein’s painting style began to fully mature.

According to the art historical report, the present work was executed in spring of 1921 whilst Pechstein was in Berlin, the radiant vibrancy of palette and the powerful contrast between the different red and green tones, however, reflect the rich influence of nature and the artist’s time in Nidden.

Aya Soika wrote about the work:

The path is framed by trees on both sides, abstracted and transformed into a rhythmic play of light and shadow that is mainly characterised by different hues of green. In contrast, the pathway in the middle is dominated by a colour scheme of violet and orange tones, taking up once more the play between shadow and light through the use of alternating variations of related colours. (quoted from the art historical report by Prof. Dr. Aya Soika, 6 August 2021)