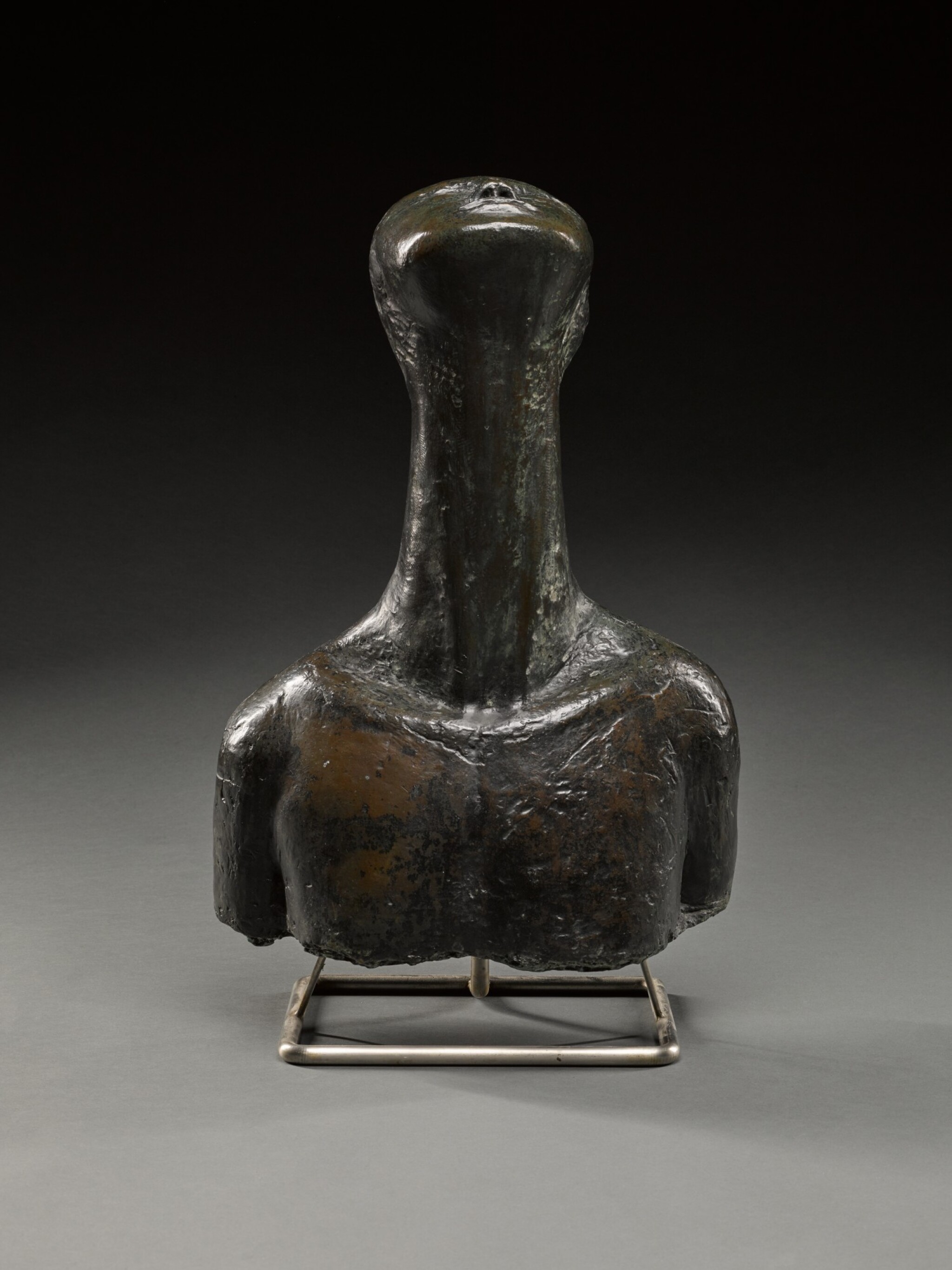 signed Reg Butler and signed with monogram, numbered 5/8 and inscribed with Susse Foundeur Paris foundry stamp (towards the base on the reverse)

Conceived in 1954, the present work is number 5 from the edition of 8.

The sculpture appears sound. The sculpture appears in excellent overall condition. Light rubbing to the head. Oxidation in places, mostly to the underside at the base, with one or two flecks to the chest and elsewhere. One or two spots of casting residue and of surface matter. Some light dust in a small number of places. The sculpture has a metal stand that is welded to the sculpture at the inner centre and attached at the edges with two bolts.