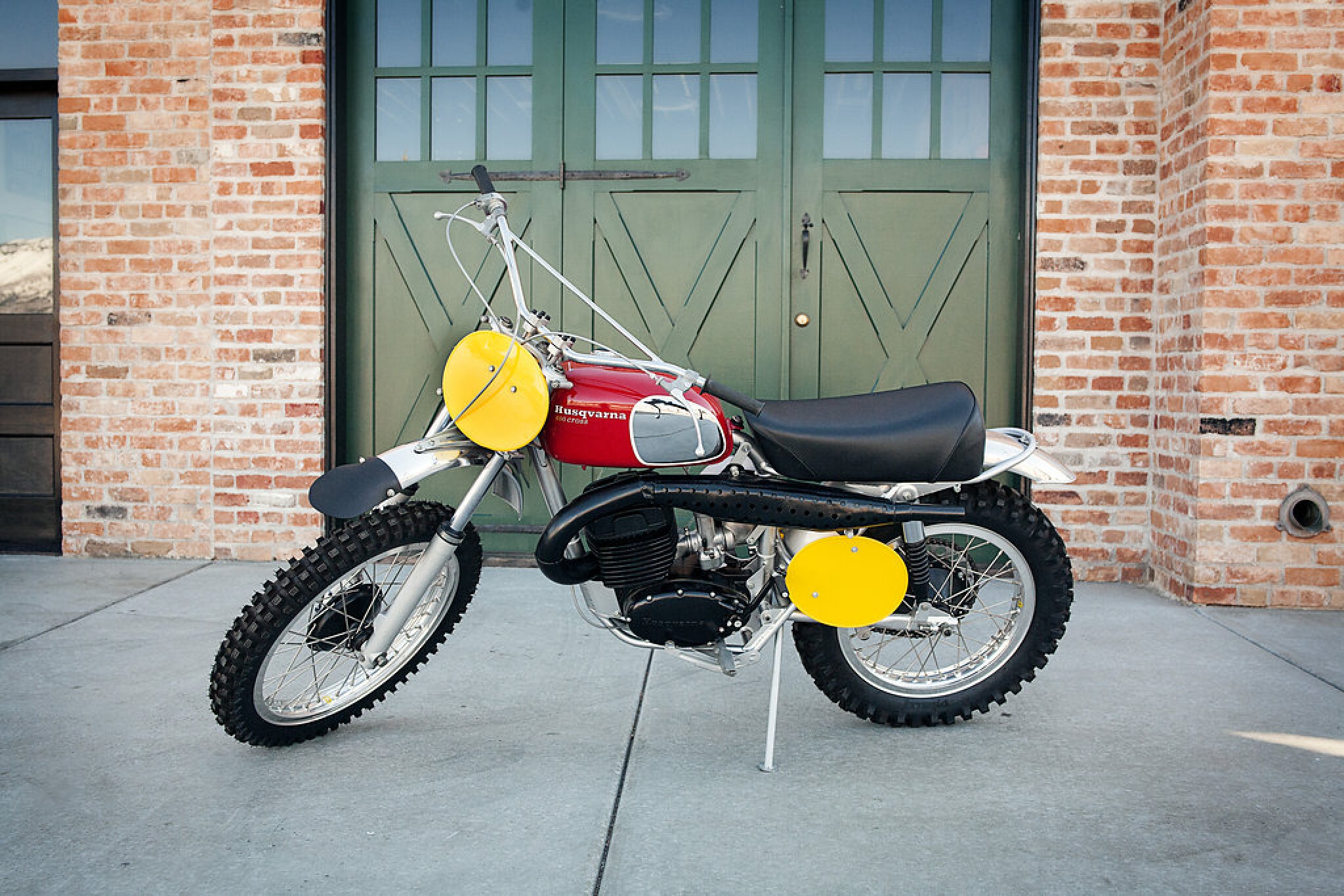 Please note the updated description of this car is “1970 Husqvarna 400 Cross Ex Steve McQueen”. Please note that this lot is only subject to RM Sotheby’s Buyer’s Premium which is 12% of the Hammer Price for a Hammer Price up to and including $250,00 and 10% of any amount of the Hammer Price in excess of $250,000, along with the RM Conditions of Business which can be found through the online catalogue. For the avoidance of doubt, any invoicing or post-sale inquiries for this lot will be handled by RM Sotheby’s.

Developed directly at the behest of elite motocross racers seeking more powerful rides, Husqvarna’s 400 Cross immediately proved itself as the dominant competitor. The combination of precise handling and incredible horsepower made this machine a powerful motocross weapon; it was the first choice of aspiring open-class motocross and off-road racers in the early 1970s.

Bengt Åberg won the 1969 and 1970 500-cc World Championship titles while riding a 400 Cross, and the model also performed well in the Baja 1000 under riders like Gunnar Nilsson, J.N. Roberts, Malcolm Smith, and Whitey Martino. Steve McQueen would bring the model additional fame in the 1971 movie On Any Sunday, this in addition to him gracing the August 1971 cover of Sports Illustrated riding a 400 Cross.

An accompanying original invoice dated 10 May 1970 from Edison Dye’s Med-International—the sole US proprietor of Husqvarna Motorcycles—notes that a 250-cc Husky Moto-Cross 250cc (s/n MH-2883) and this 400 Moto-Cross (s/n MH-2807) were sold to Steve McQueen’s Solar Productions for a total of $1,918. Interestingly, a supplementary note on the document states, “See Edison on this!!! / For Steve!!!” and is undersigned by Edison Dye. A date stamped California registration transfer document (also signed by Edison Dye) on file also matches the transaction details listed in the invoice.

This 400 Cross has been treated to an excellent 12-month, frame-off restoration completed in 2014 by Vintage Moto Factory, Santa Barbara, California. Offered on a Utah title, this Husqvarna is ready for acquisition by its next enthusiastic caretaker.