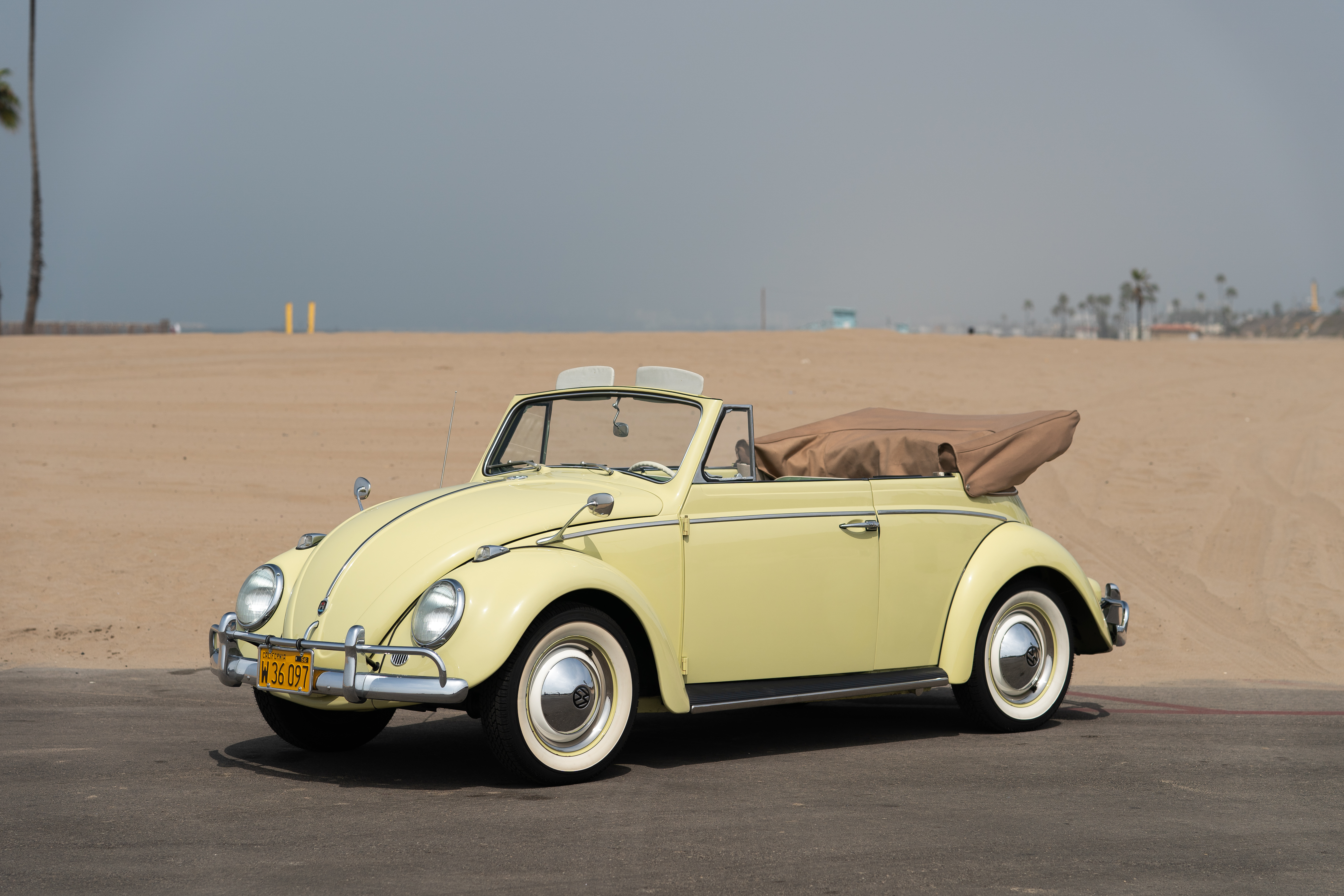 Please note that the correct estimate for this lot is $50,000 - $70,000. Please note that this lot is only subject to RM Sotheby’s Buyer’s Premium which is 12% of the Hammer Price for a Hammer Price up to and including $250,00 and 10% of any amount of the Hammer Price in excess of $250,000, along with the RM Conditions of Business which can be found through the online catalogue. For the avoidance of doubt, any invoicing or post-sale inquiries for this lot will be handled by RM Sotheby’s.

If any postwar automobile can be classified as “charming”, it would have to be the delightful VW Beetle convertible, or “Karmann Kabriolett”, as badged by its coachbuilder, Wilhelm Karmann GmbH of Osnabrück. While mass production of the basic air-cooled Type 1 Volkswagen began in 1947 and lasted an astonishing 56 years, the first Karmann drop-top Beetle did not appear until 1953. Karmann built 5,841 of these convertibles for US delivery during the 1960 model year, a small fraction of the nearly 160,000 Beetles delivered that year to American buyers.

These little convertibles were extremely popular in sunny climates such as Southern California. This lovely example was sold new—with a base price of $2,055—to its first owner, a resident of Hermosa Beach, California, who kept it until 1989. Its second owner, also residing in Hermosa Beach, presented it as a wedding gift to his new wife. Finished in pale Yukon Yellow (Paint code L10009), it was upholstered in an attractive combination of Bamboo Green and white leatherette with black rubber floor mats. It has a tan top and tonneau cover.

Its two owners lavished a great deal of care on this little convertible. They equipped this 1.2-liter, 36-horsepower Beetle with numerous factory and aftermarket accessories including a Bendix Sapphire I AM-band pushbutton radio, a pair of outside mirrors, a Dehne dashboard fuel tank gauge, a wood and plastic mesh shelf (called a “Kleingepacktrager”) mounted beneath the dashboard to carry small items, and an analog clock in the center of the steering wheel hub.

At some point, this little ragtop was fitted with an American-built Judson supercharger, which increased power by some 12 percent. In that configuration it was tested by VW Trends magazine for its March 2001 issue and compared to an earlier Beetle equipped with an Okrasa performance kit. While the supercharger was later removed and does not accompany the car, the rarely seen Judson badging remains on the convertible’s glovebox door.

This handsome Karmann Cabriolet was restored in 2001. It is supplied with an original owner’s manual, a copy of the VW Trends magazine issue in which it was featured, and a desirable Hazet Tourist accessory tool kit that nests in the center of the spare wheel.