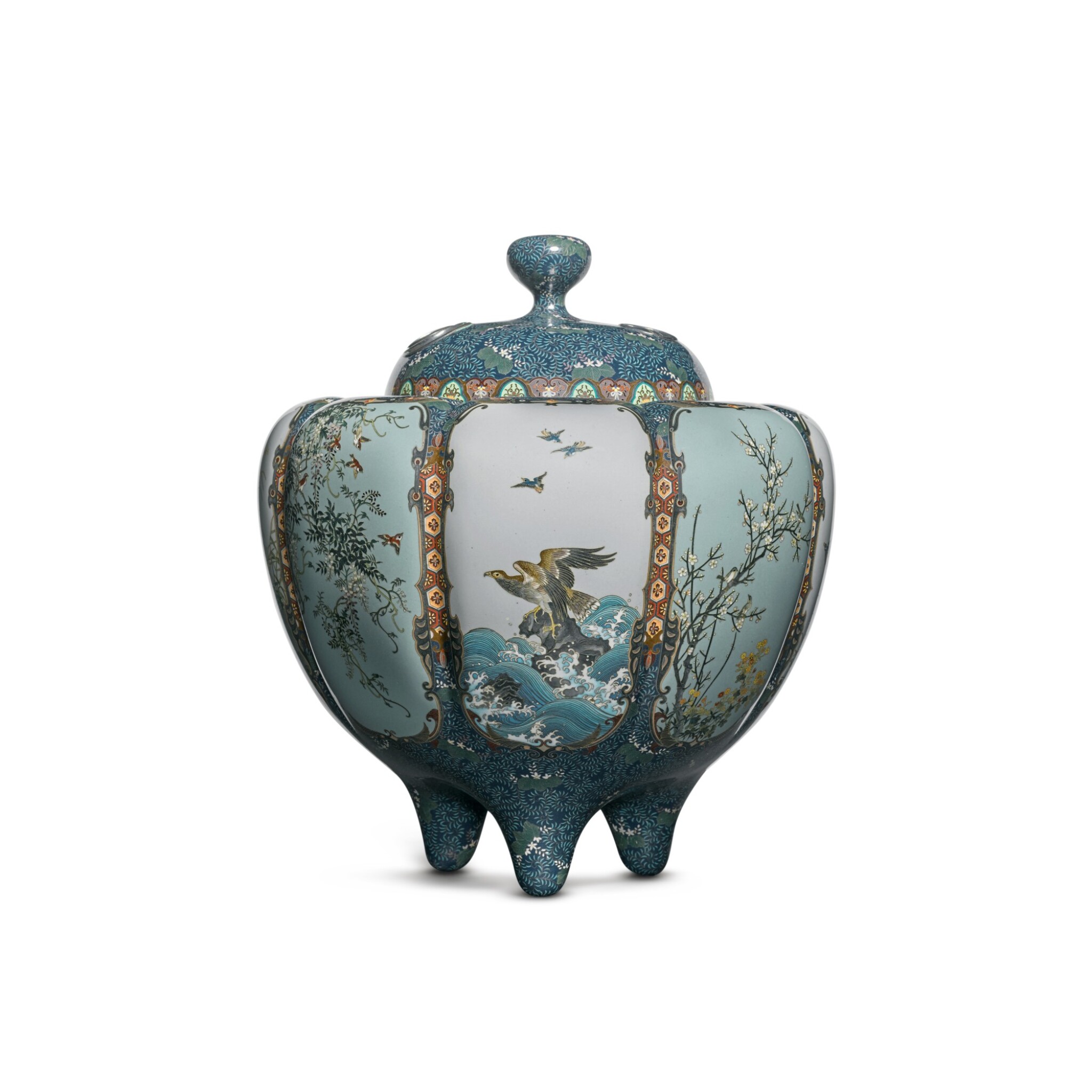 the large high shouldered koro on three tall feet with flush fitting cover and silver rims, copper-gilt lining, decorated in coloured cloisonné enamels and various thicknesses of silver and copper wire, with eight panels variously depicting plovers above an eagle on rocks amidst crashing waves, finches perched on a branch of plum in bloom, a flock of plovers in flight above a meandering stream and reeds, swallows among willow, red-capped Japanese cranes on a shore, finches in a cherry blossom tree, ducks among river reeds and foliage, and sparrows in the bough of trailing wisteria, the shoulder, feet and cover decorated with scrolling karakusa and paulownia on a blue ground, bordered by lappets of geometric and floral design, unsigned but attributed to Hayashi Kodenji (1831-1915)

The silvered rims and copper-gilt lining slightly worn, consistent with the age and use of object.

Hayashi Kodenji was a pivotal figure in the history of cloisonné enamel manufacturer. He was instrumental in the formation and leadership of the Shippo-cho enamellers guild, and it is probable that he worked for the Nagoya-based Shippo Kaisha. As well as being an innovative enameller he was also an astute businessman. Stories are told that in his early days he walked from Nagoya to Yokohama to sell his wares at a time when there was a long-standing prohibition on selling copper (which included the body of the cloisonné objects). He worked with his son, Kodenji II for over 40 years and it is often hard to differentiate the work of the two makers. He exhibited and won prizes at many international exhibitions: Nuremberg 1885 (silver), Paris 1889 (silver) and St Louis 1904 (gold). In 1912 Glendining of London auctioned over 300 ‘Japanese cloisonné enamels from the Glasgow Exhibition offered for sale by Mr. K Hayashi of Nagoya’.