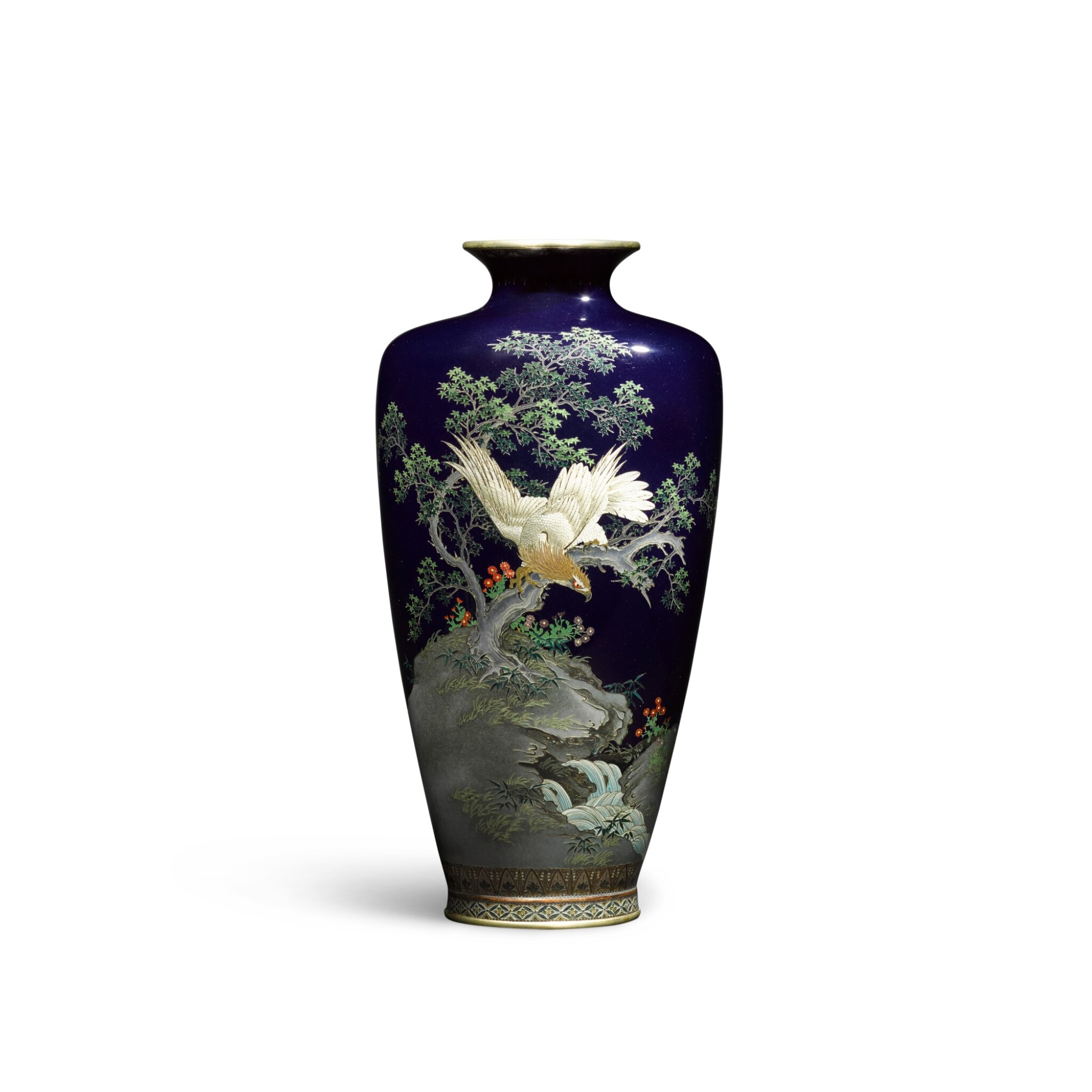 the tapering vase with short everted neck and silvered copper mounts, decorated in various coloured enamels and thicknesses of silver wire on a royal blue ground, depicting an eagle in the branches of a maple tree above a cascading river among rockwork, the details finely rendered

The Kin’unken Company of Kyoto opened around 1871 and was sold to Inaba Shichiho in 1889. Kin’unken won prizes at international exhibitions in Vienna 1873, Paris 1878, Amsterdam 1883, Nuremberg 1885. Inaba had been working with the company since the late 1870s, as a former low-ranking samurai in order to supplement his meagre stipend. His art name, Nanaho, uses the same characters as those for shippo, the Japanese term for enamels, which can also be read Nanaho. The company’s output was rather eclectic and combined designs and techniques used by other Kyoto makers together with those of Nagoya manufacturers. They often used Nagoya based subcontractors who were instructed to make works in Kyoto stye; this can lead to confusion when trying to identify unsigned works made for the company. Inaba/Kin’unken used both names on their cloisonné wares and continued to win prizes at international exhibitions.

For another example of a similar motif decorated on a cloisonné enamel vase with the mark of the Inaba Nanaho studio, see Christie's, The Avo Krikorian Collection: Innovation and Inspiration of Meiji Period Design, 19 February 2007, Lot 200.