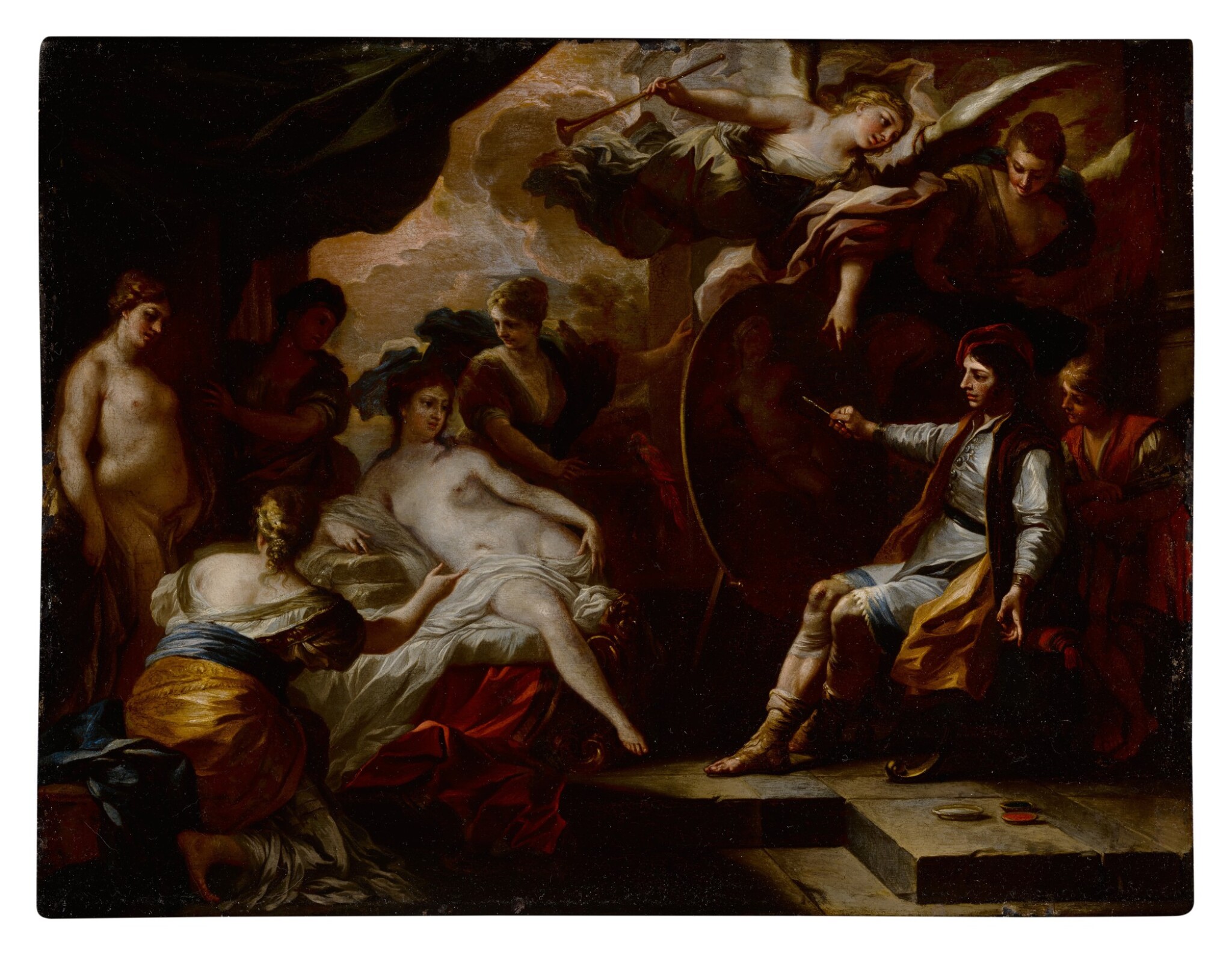 The present composition is one that Solimena repeated several times on copper as well as on canvas, and which also inspired various studio copies. The Shanks copper is unusual in that it has been separated from its pendant, which depicts Apelles Painting Campapse in the Presence of Alexander and was last recorded at Heim Gallery in 1978. These two stories from classical literature were popular among Baroque artists and patrons for their celebration of the genius of the artist and his ability to capture perfect beauty.

Until recently the relationship between the many autograph versions of these pairs was misunderstood. According to both Bologna and Spinosa (see Literature), Solimena's first treatment of this subject was a small pair of coppers painted in the mid-1680s, when the artist was heavily influenced by Luca Giordano and Pietro da Cortona. This original pair entered the collection of the Duke of Devonshire in the mid-18th century and remains at Chatsworth.1 Around 1690, while working on the frescoes in the sacristy of San Paolo Maggiore, Solimena received a commission from an unknown patron to repeat the subjects. Bologna viewed the Shanks copper and its pendant formerly with Heim Gallery as modelli for larger commissioned canvases (one of which was sold New York, Sotheby's, 25 January 2001, lot 148).2 On the other hand, Spinosa believes that the canvases came first, and that the copper pair, including the Shanks painting, was a separate commission, as Solimena and his contemporaries considered coppers to be independent works of art.

In any case, the Shanks painting and its pendant would have been completed around 1690; stylistically they are close to his frescoes in San Paolo Maggiore. Solimena and his studio assistants used the several copper and canvas versions to paint the pair of scenes on monumental, tenebristic canvases datable to circa 1692 and today in the Palazza Madama, Rome.3

2. The Zeuxis sold with Sotheby's was formerly with Hazlitt since 1971, while its pendant Apelles is unlocated. Zeuxis: oil on canvas, 45 1/2 by 66 in.