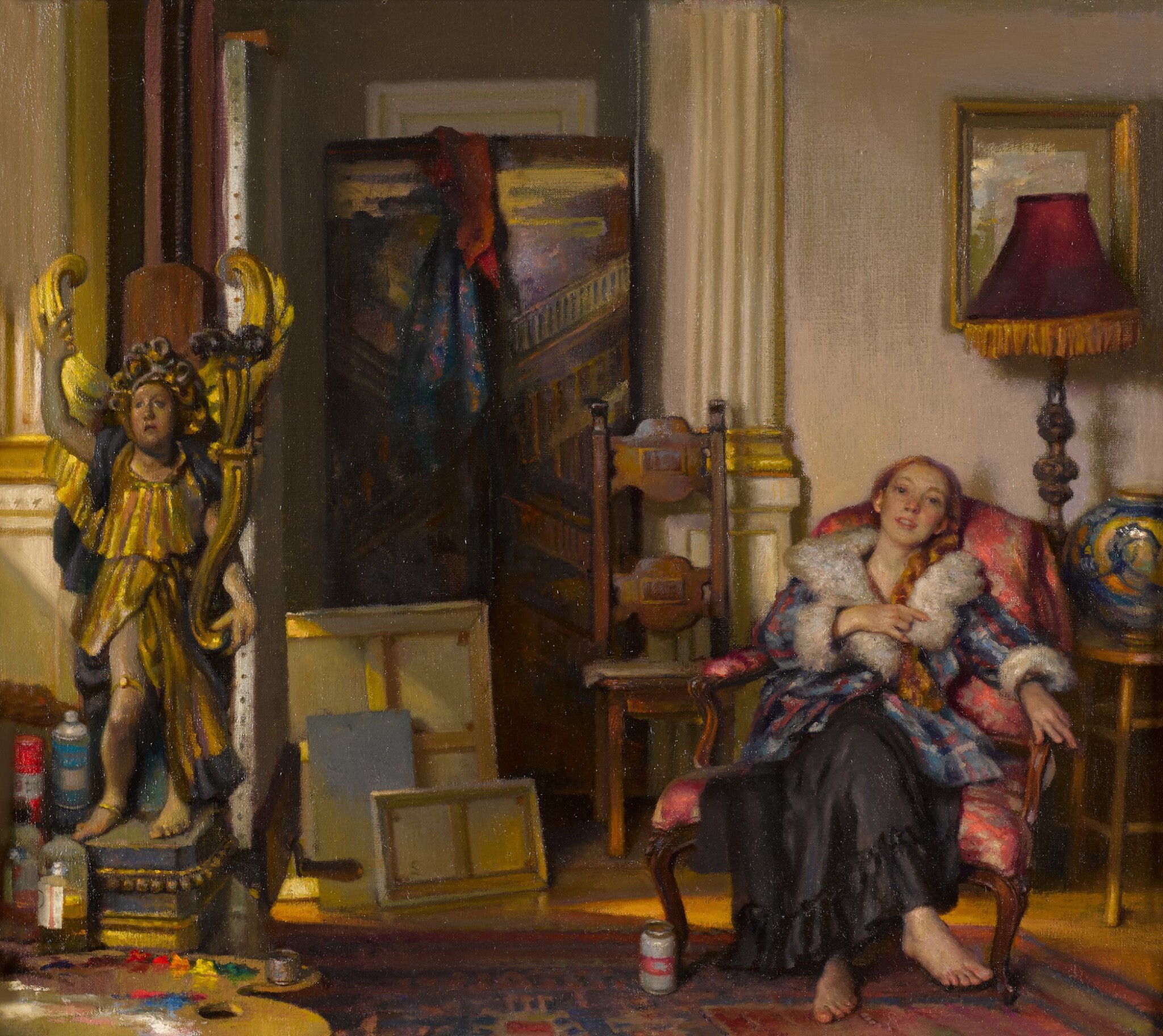 A specific subgenre of painting, depictions of the interiors of artists’ studios have been made by painters since the Renaissance. At first meant to record the industrious activity of their own workshops or as allegories of the art of painting itself, later examples were often self-aggrandizing, displaying the painter’s own erudition either through the elements included or by famous personages portrayed in the composition. The apotheosis of this form is arguably Gustave Courbet’s The Painter’s Studio of 1855, a masterpiece which is both a contemporary social commentary as well as an autobiographical document.

In Gramercy Studio, Nelson Shanks takes a more lighthearted approach to the theme. For a number of years Nelson kept a New York studio at 10 Gramercy Park South, formerly the workspace of Robert Henri (1865 - 1929), one of the greatest American realist painters of the early 20th century. In this painting, Nelson shows a corner of the atelier with easel turned at a right angle—his palette, turpentine, cans of varnish, and stacked canvases are all nearby. His model takes a break in a French armchair at right, still dressed in the costume in which she is being painted. Nelson adds modern touches throughout, including a small can of soda next to her chair. In lighting and composition, Nelson was inspired by paintings by Dutch artists such as Vermeer, although with a much more informal approach to the subject.