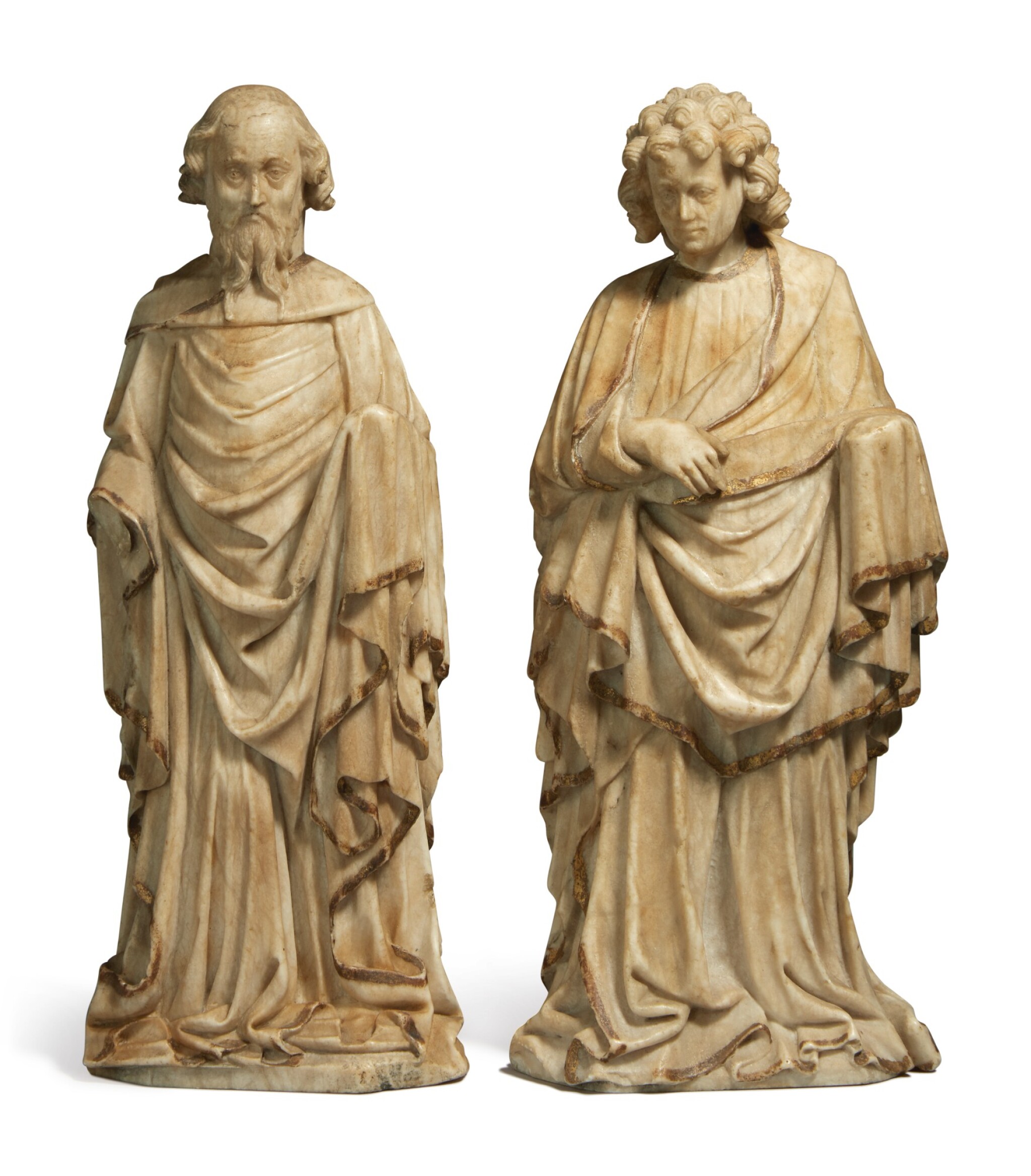 Circle of the Rimini Master

Both with some surface abrasions and chipping, particularly on edges of drapery and around bases. One with chip to bridge of nose and loss of proper right hand. The other with chip to forefinger on proper right hand and loss of implement in proper left hand. Repaired break to proper left shoulder and upper arm area, as well as to neck. Each with hole on underside for attachment. There may be slight sharpening in the face of the second figure.

While there is general consensus that the workshop of the Rimini Master was situated in Northern France or in the Southern Netherlands, the name derives from an impressive 15th century alabaster Crucifixion altar, formerly in Santa Maria delle Grazie, Rimini now in the Liebieghaus, Frankfurt.

The Rimini altar is centered by the crucified Christ flanked by the two thieves, with figures of the twelve apostles below. Like the present sensitively carved sculptures, the Frankfurt Apostles are carved with dense drapery folds and tightly curled hair with each strand emphasized. The number of large projects presumably produced by his studio and the differences in style between the figures indicates that the Rimini Master employed numerous assistants and apprentices. That some of these sculptors left the workshop as journeymen or to start their own studios is corroborated by the geographical spread of these works of art throughout Europe.

A group of slightly later apostles of similar size, from the circle of this Master, are preserved in the Lehman Collection at the Metropolitan Museum of Art (Scholten, op. cit., cat. no. 35).

K. Woods, 'The Master of Rimini and the tradition of alabaster carving in the early fifteenth-century Netherlands', Nederlands Kunsthistorisch Jaarboek 62, 2012, pp. 56-83