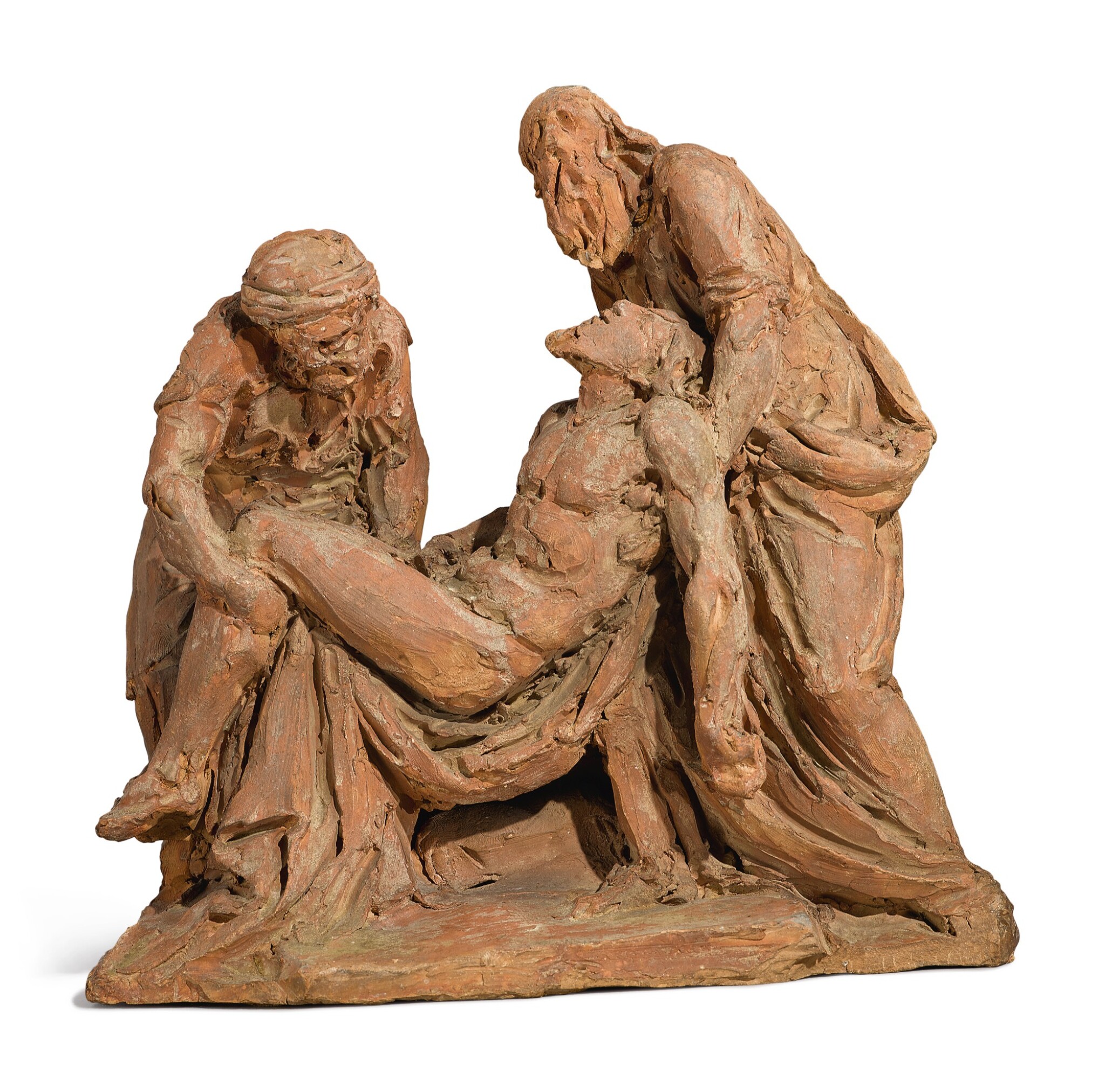 Some surface abrasions, some firing cracks, some restorations to surface throughout. Head of righthand figure was reattached. A possible break to Christ’s legs and some losses to the base. Could use a light cleaning.

While an attribution to Antonio Canova has now been dismissed for this beautiful terracotta, it was originally based on close comparison with other terracotta bozzetti by the sculptor, including the larger Deposition group, now in the Museum of Fine Arts, Boston (56.305) once attributed to the Canova (cf. Praz and Pavanello) but now called "Possibly by Camillo Pacetti (Italian, 1758–1826) circa 1800, formerly catalogued as by Antonio Canova". Note the similar composition and the treatment of musculature on the torso of Christ. The heavy vertical folds in the drapery can also be seen in Canova's figure of 'Mansuetuedine' for the tomb of Pope Clement XIV and the figures for the Titian's monument (cf. Bassi, p. 57, fig. 11 and pp. 93-98, fig.s 69-73).