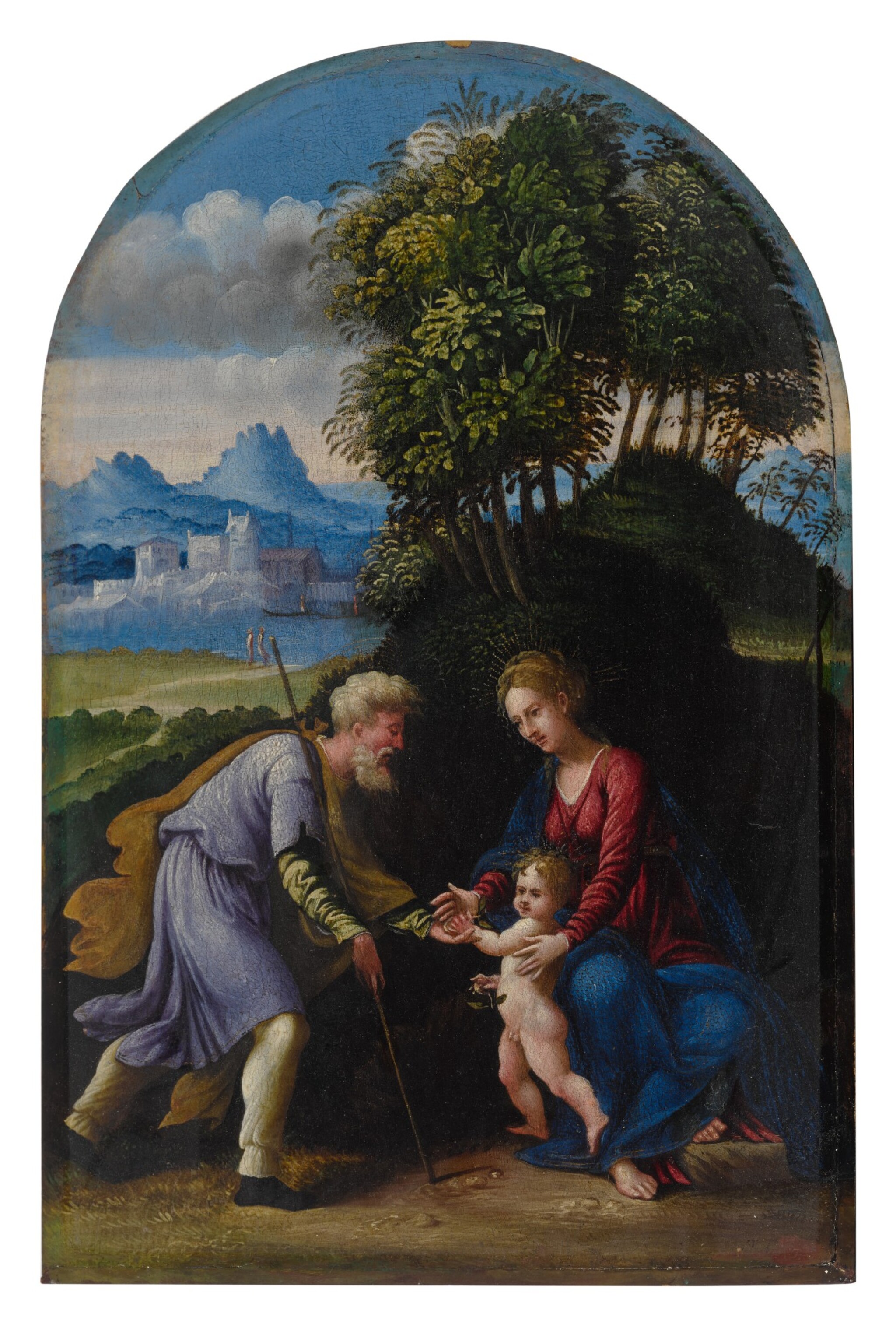 oil on panel, with an arched top

The panel consists of one plank, is flat, stable, and has traces of old horizontal battens. The image reads well beneath a clear, shiny varnish. There is a visible sign of previous lifting to the right of the Madonna figure but it appears stable and addressed in a previous restoration. The paint surface is otherwise stable. Under UV inspection, the varnish appears milky throughout and signs of various campaigns of restoration exist, for example, along the central and left edges of the sky, as well as scattered retouching throughout. The painting can hang in its present state. Offered in a lightly gilded wood frame.

This panel depicting the Holy Family was painted during the first half of the 1530s by the Master of the Twelve Apostles, an anonymous artist active in Ferrara and Rovigo during the second quarter of the 16th century.  Savonuzzi was the first to identify the hand of this artist, whom he named after a group of twelve panels depicting half-length apostles in the Pinacoteca Nazionale di Ferrara.1 The works of this master impart the influence of other leading Ferrarese artists, including Garofalo and Mazzolino, as well as Dosso Dossi and Battista Dossi, among others. Though of a slightly earlier date, the present panel can be compared in format and composition to the master's Christ with the Samaritan Woman formerly in the Cini collection,2 as well as to his Noli me tangere in the Glasgow Museums.3We are grateful to Professoressa Alessandra Pattanaro for her assistance in the cataloguing of the present lot