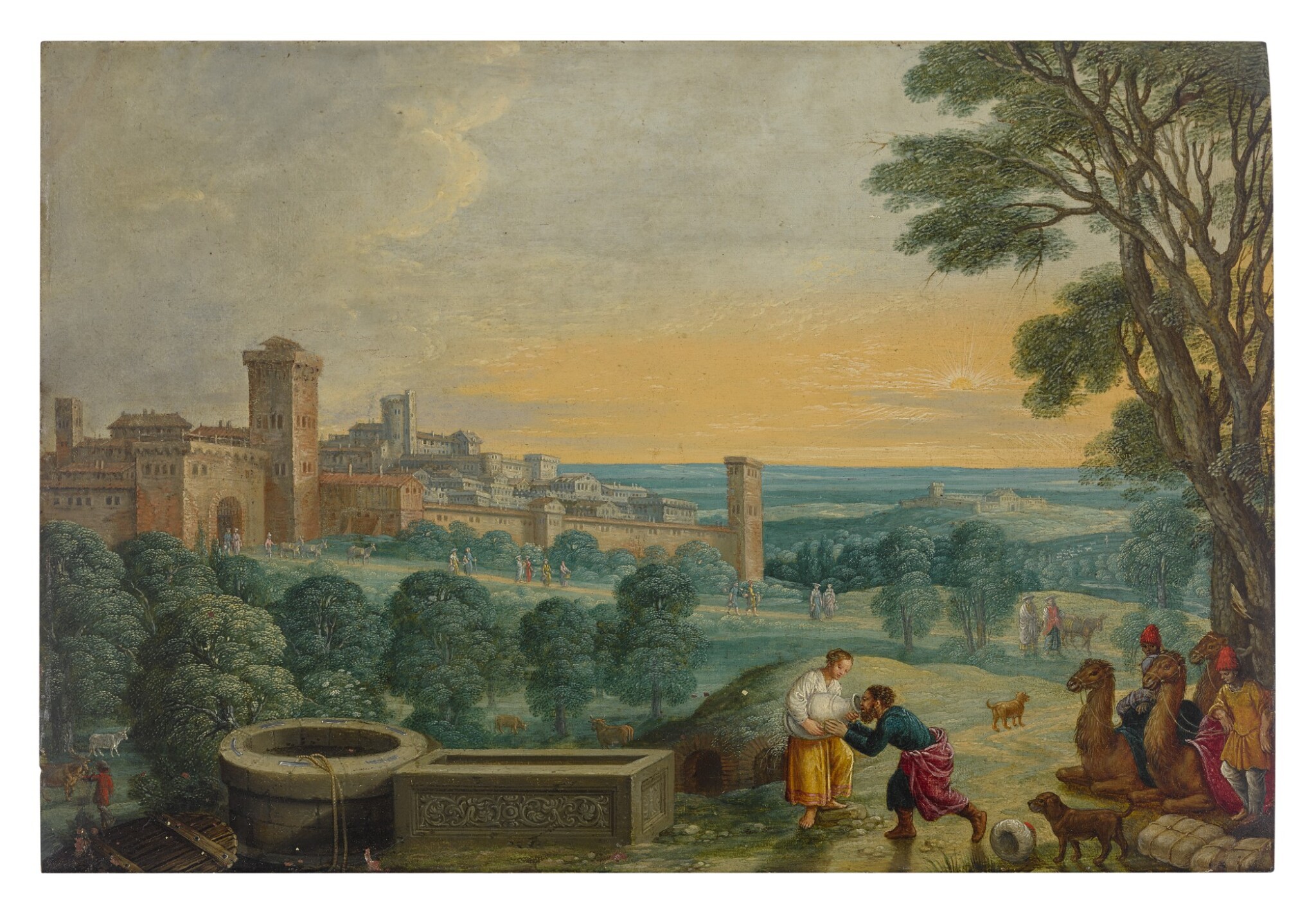 The copper support is planar and stable. The painting is in good condition overall. The details are crisp and have been well-preserved, and the image reads clearly. There are some scattered losses to the paint surface in the lower left corner, and near the lower center of the composition, though these are stable and are not distracting to the overall impression. This painting has not been restored in some time, and the varnish has slightly dulled with age. Inspection under UV does not reveal any recent retouching. There appears to be an old retouch to the upper left corner, and there may be some old finely applied retouching scattered in the architecture at center left and in the center of the sky. Offered in a simply carved wooden frame, painted black, with some decorative gilt details.

The German artist Johann König is best known for his small-scale works on copper, such as the present signed example of Rebecca and Eliezer at the well. König is documented by at least 1610 in Rome, where he came under the influence of Adam Elsheimer and Paul Bril. The present copper likely dates to about 1614, the year he settled back in Augsburg where he became master of the painter’s guild. König's works are characterized by a crisp coloration, a meticulous attention to detail, and a luminous quality, all of which are visible in the present copper. Comparable examples include his Panoramic Landscape with the Flight Into Egypt1 and his Landscape with Tobias and the Angel of slightly larger dimensions in the Staatliche Kunsthalle, Karlsruhe.

We are grateful to Dr. Gode Krämer for his assistance in the cataloguing of the present lot and for suggesting a date of circa 1614.