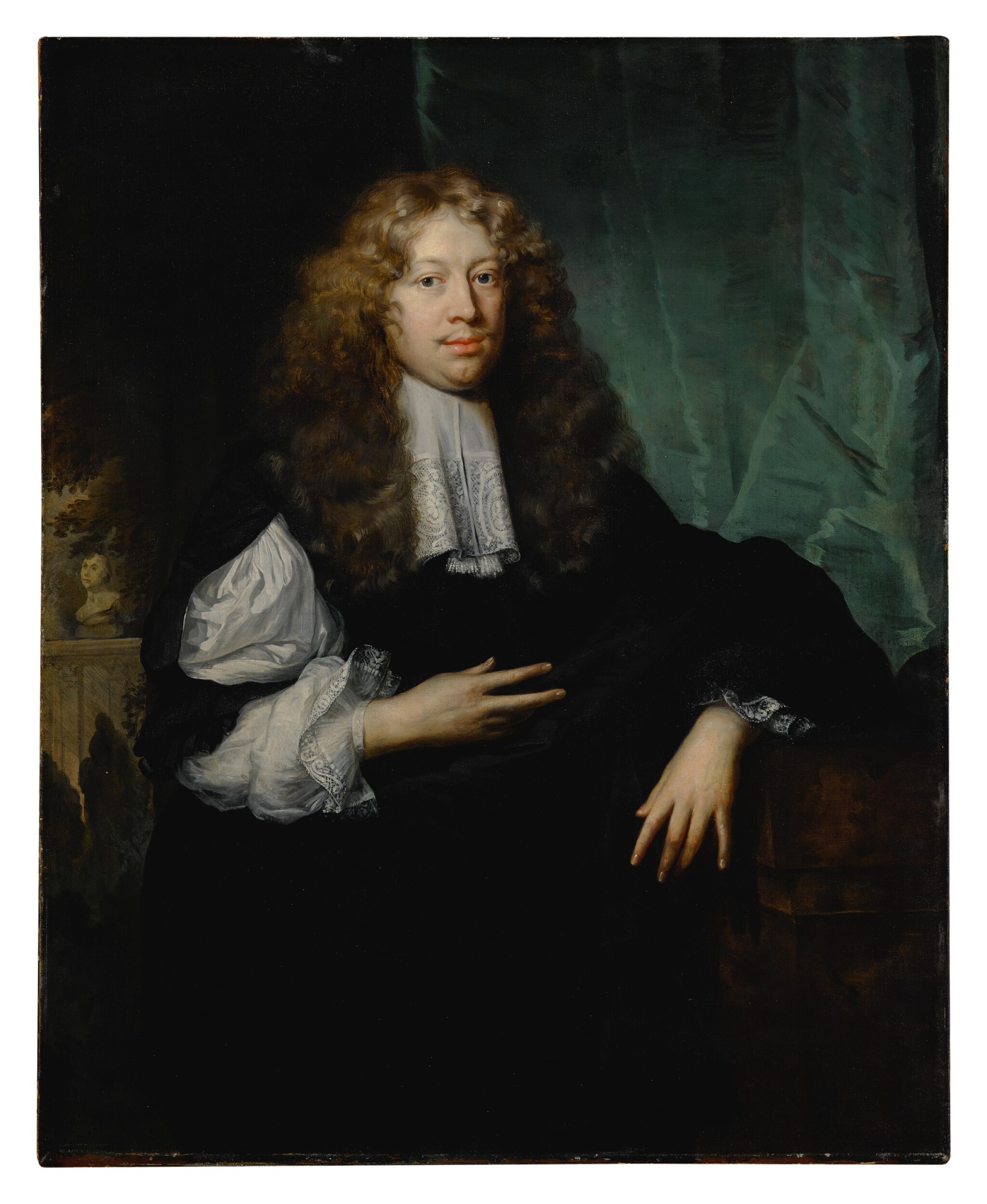 The canvas is lined and stable on its stretcher. The portrait image reads well beneath the varnish with details in the lace retained. Some of the blacks of the garment appear to have been strengthened over time but any retouching has not obviously discolored. Under UV inspection, the varnish is difficult to read through and fluoresces unevenly, and only a few small dots of retouching are visible in the man's face, but the varnish obscures further retouching in the black garment and the background. Offered in a carved dark wood frame.

Collection of George A. Hearn (1835-1913);
By whom given to the Metropolitan Museum of Art, New York, 1909 (as Sir Peter Lely, "Portrait of Sir William Temple");
By whom deaccessioned;
With S. Nijstad, Lochem/The Hague, by 1982;
Thereafter acquired.

The first documented owner of this painting, George A. Hearn, was a New York businessman, collector, and Trustee of and prolific donor to the Metropolitan Museum. He gave the present lot, at the time believed to be a work by Sir Peter Lely, to the museum in 1909 as part of a major gift of 50 paintings, many of which still hang there.1 His collection was renowned for its diversity and breadth; although he donated or financed over 130 paintings for the museum, no more than four were by the same artist.

While the attribution to Lely can no longer be supported, this portrait is a characteristic work of Jan de Baen, who was trained by his uncle Hynderk Pyman in Emden before relocating to Amsterdam and later The Hague. De Baen was the court painter for Berlin, although he never traveled there, and, according to Arnold Houbraken, was invited in 1666 to London to paint Lord Killigrew and King Charles II. His elegant portrait style is clearly influenced by Van Dyck and  Lely and was popular among wealthy merchants in the trade centers of Holland in the second half of the seventeenth century.

1. See MMA bulletin on the George A. Hearn gift of 1909: https://library.si.edu/digital-library/book/georgeahearngift00metropo