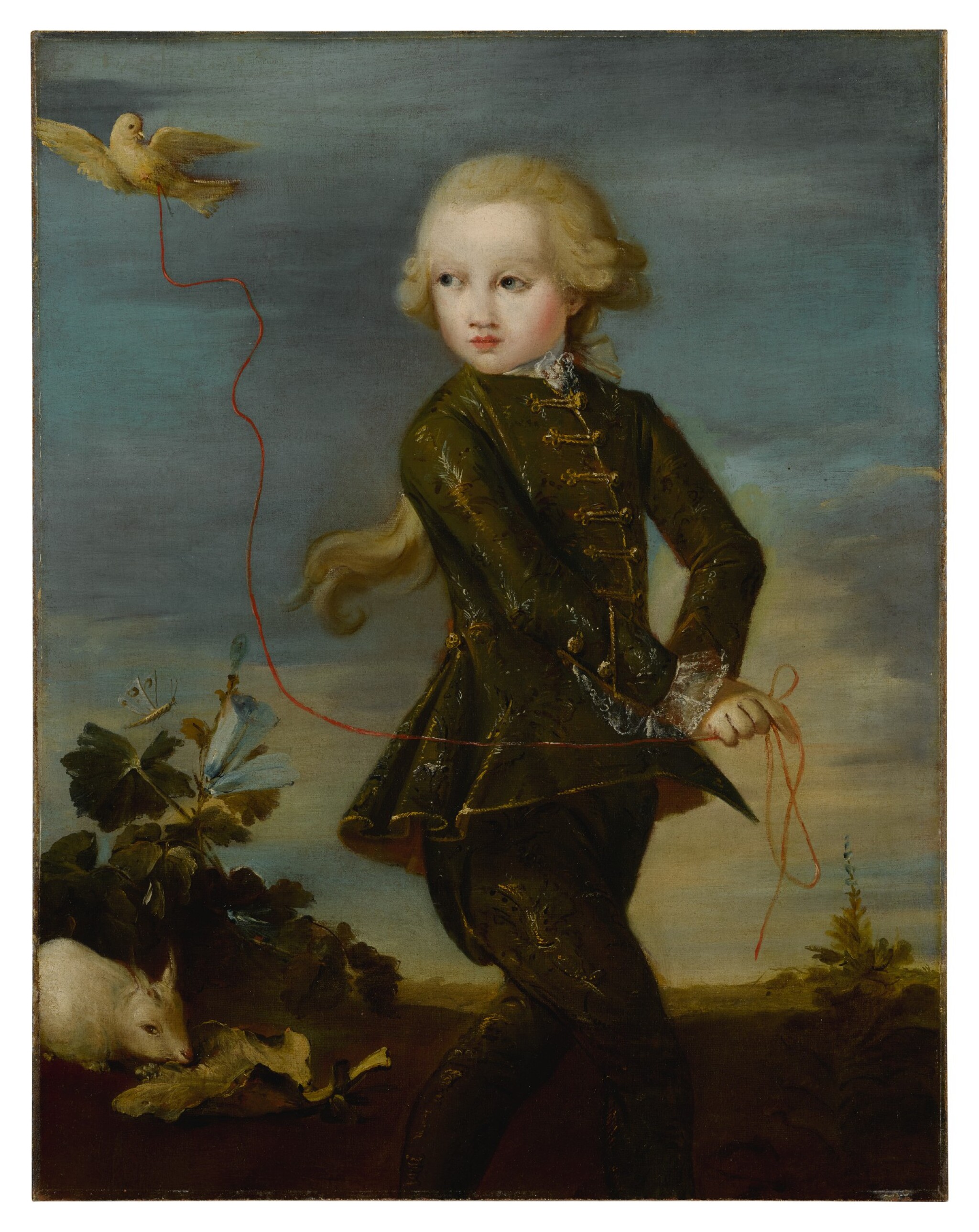 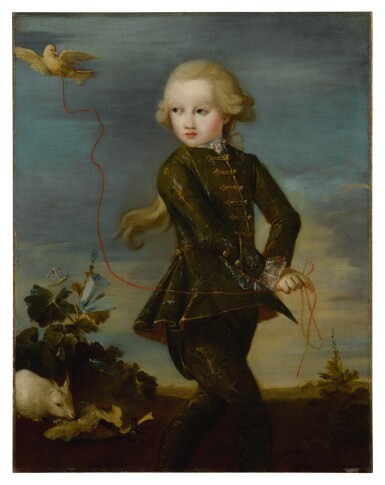 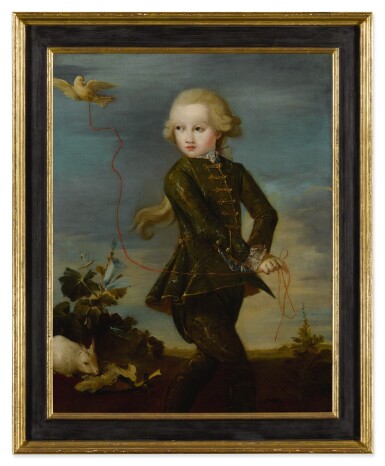 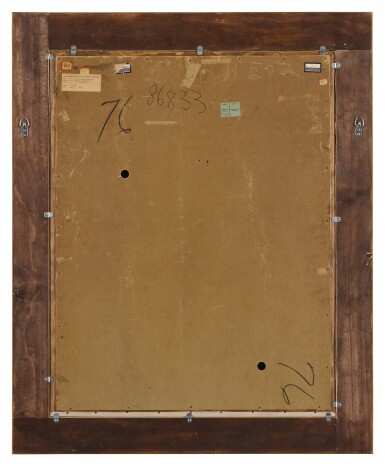 This painting has not been restored recently, although it presents itself well. It is under a dry varnish, slightly dirty. Overall the painting is in good condition. As noted in the catalogue, at some point most likely in the 19th Century, the painting had an addition to bring it to a full length. Under UV, there are scattered touches here and there in the sky and throughout. There is a restored area in the extreme lower left corner about 2 inches square, and another on to the right of that in the ground, possibly addressing an restored tear. There is a restored damage in the nose and lips of the sitter, although otherwise, there are not many other significant touches. This certainly could be approved with some work. Offered in a modern black and gilt wood cassetta style frame.

Toledo, Ohio, Toledo Museum of Fine Arts, Four Centuries of Venetian Art, 1940, no. 26;
San Francisco, California, California Palace of the Legion of Honor, Italian Baroque Painting of the Seventeenth and Eighteenth Century, 1941, no. 54.

While his magical views of Venice and fantastic capricci are very familiar, the figural paintings and portraits of Francesco Guardi are in general less well-known. Early in his career, he seems to have painted a number of religious canvases, undoubtedly under the direction of his elder brother Gianantonio, a painter of considerable talent in that genre. In the later part of the 1750s, however, Francesco Guardi turned largely to the production of the vedute that made him so justly famous, although as Pedrocco noted (see Literature) he continued to produce portraits even as late as 1783.

The present work would appear to be one of the rare portraits by Francesco Guardi, belonging to a group of paintings of children that can be connected on stylistic grounds. It is, in fact, one of two paintings that were acquired together by the Venetian dealer and antiquarian Dino Barozzi (see Provenance), directly from the Palazzo Gradenigo del Rio Marin, in the Santa Croce sestiere of Venice.1  The pendant to the present canvas is the Portrait of a Boy of the Gradenigo Family in Uniform in the Museum of Fine Arts, Springfield, Massachusetts (see fig. 1). Barozzi sold the two paintings separately, with the Springfield portrait going through the Munich dealer Paul Drey to arrive in America by 1935. In his article on the portraiture of Guardi (see Literature), Fiocco noted the shared early provenance of the two portraits, and that the present painting has been added to after Barozzi had acquired it, illustrating the painting when it was in its original, three quarter-length format matching that of the Springfield canvas. Indeed, the two paintings are approximately 37 inches in height when the Caramoor portrait is measured without the addition of the lower legs and feet.

Family tradition had named the sitters in the two portraits as the brothers Pietro and Giovanni Gradenigo. In fact, as Fiocco points out, a more likely identification would be the brothers Gerolamo, born in 1754 (Springfield), and Ferigo, born in 1758 (Caramoor). Fiocco, Morassi and Pedrocco all date the paintings generally to circa 1768-70, which would make the boys of about the right age. Interestingly, a related painting now in the National Museum Wales has since come to light which is very similar to the Caramoor portrait. It depicts a young girl, perhaps also of the Gradenigo family holding a pet bird on a ribbon.

1. See Fiocco, under Literature, p. 96. The Gradenigo del Rio Marin were a cadet branch of the illustrious Gradenigo family, producing themselves a number of very important figures, most particularly a number of Patriarchs of Aquileia, the most venerable clerical position in the Venetian state. Fiocco stated that the two paintings hung on either side of a Guardi interior of the Teatro San Benedetto.