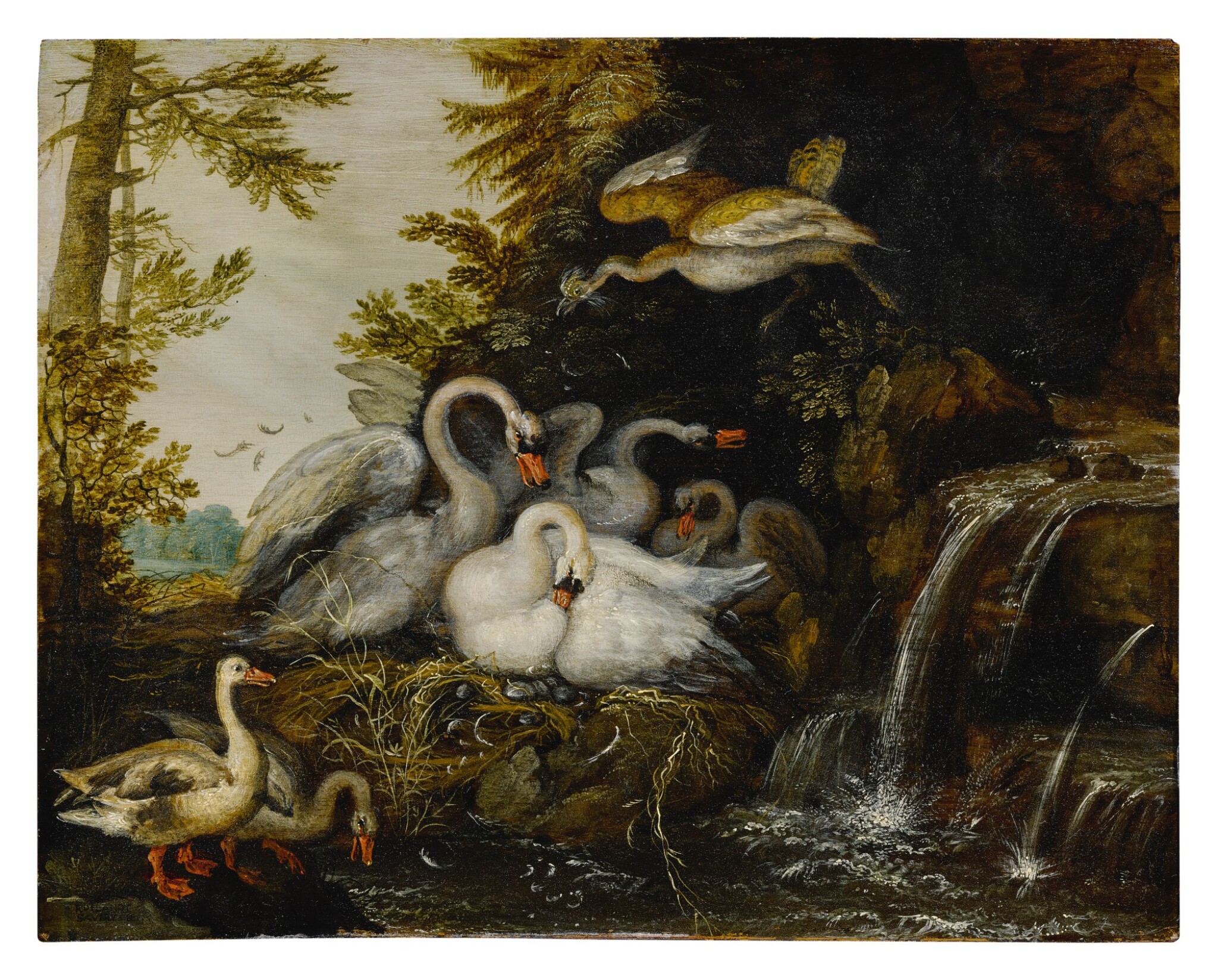 This painting is in overall good state, with a slightly dirty surface, and slightly glossy varnish. The detail of the various birds and landscape and falling water is quite well retained, and the block letters of the signature at lower left still very strong and legible. The panel itself is uncradled, beveled unevenly on the reverse. Under UV: there are some small scattered touches visible under uv. As typical with pictures of this type, there are some small touches along some grain of the panel upper left, in the sky. These are cosmetic in nature. Similarly, there are a few touches scattered in the two main swans, dots here and there. None of these are unexpected or concerning. This picture would probably improve with a freshened varnish, but can also be hung as is. Offered in a modern light brown wooden molding frame, with an inner wooden slip.

Renowned landscape and animal painter Roelandt Savery earned the attention of Emperor Rudolf II and worked for his court in Prague between 1603-1613, where he studied Rudolf's menagerie and hunting grounds. The Emperor also sent Savery on an expedition to Tyrol in 1606-07, where the artist studied mountains and waterfalls that inspired later paintings, including the present. Despite the naturalistic details inspired by Savery's observations of real birds and landscape elements, this composition is almost certainly imagined. The active, Mannerist composition and inclusion of exotic flora and fauna appealed to Savery's courtly patrons in Prague as well as to his Dutch contemporaries.

Swans appear in several of Savery's works, although groupings of exotic birds form many species, presented as if coexisting peacefully in a bird's paradise, are better known.1 This painting depicts a more realistic view of swans gathered around their nest, squabbling and grooming, with two ducks approaching to drink from the stream, and a crane diving toward the nest. Savery has evoked the noise and movement of the birds jostling with their open mouths and the stray feathers floating into the air and onto the surface of the water.