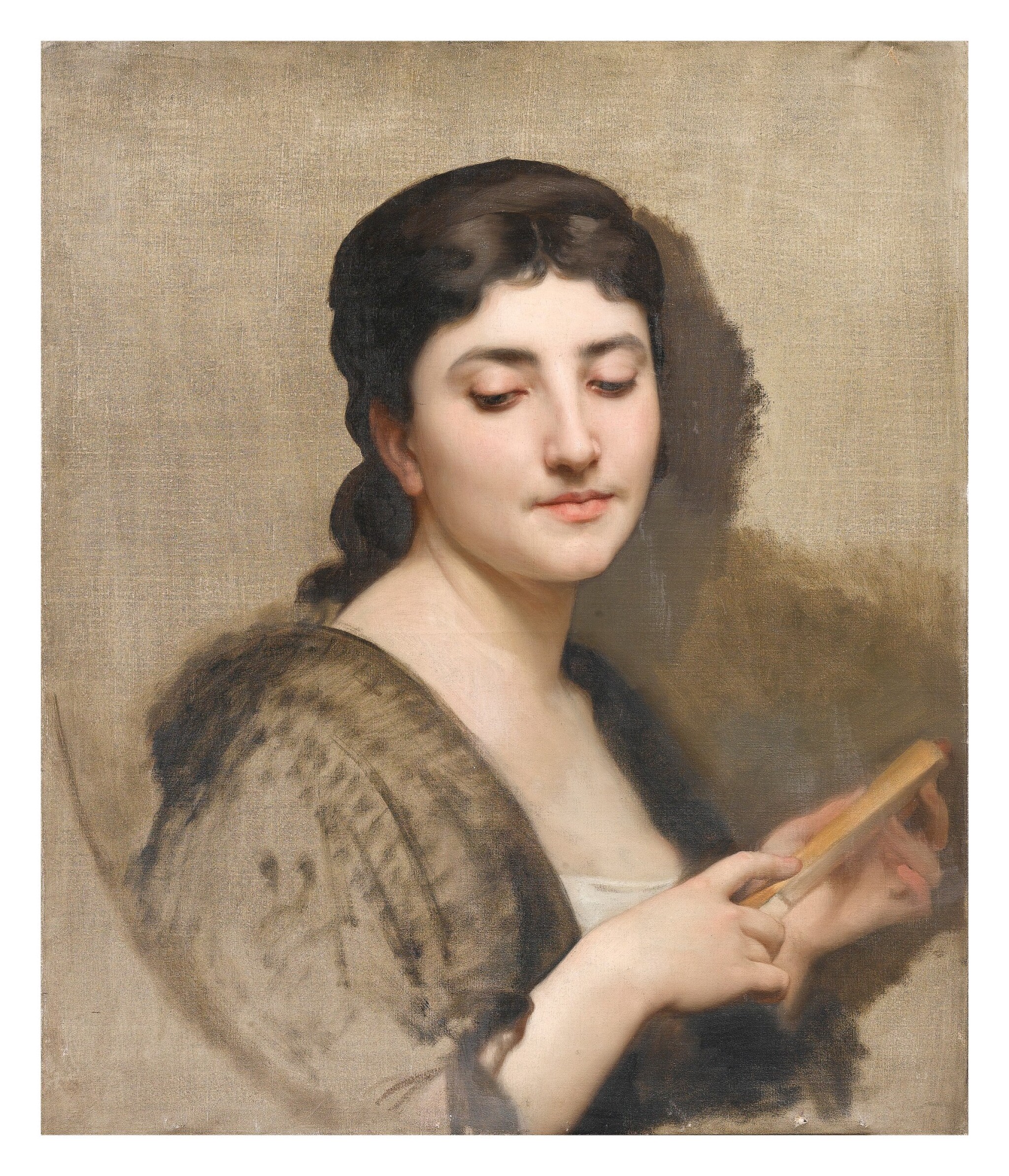 This work is in excellent condition. The canvas is still on its original stretcher. There is a faintly visible horizontal stretcher mark beneath the chin. The paint layer is clean and varnished. There are two small retouches in the dark grey immediately to the right of the head, and two in the forearm in the lower center. The paint layer is un-abraded. The work should be hung in its current state.

The family of the artist.

William Bouguereau had a reputation for selecting the most beautiful models in Paris. His sitters needed to be as exceptional as his paintings, and finding the ideal face and figure was not always an easy process. As the artist explained: “I have work ready and waiting. But how many works remain uncompleted because I cannot find the model I dream of.” 1

Depending on the models' attributes, physical aspects of several women could be combined in a single, final painting’s figure. Through a series of sketches and drawings, Bouguereau would first work out form, light, and shadow before turning to paint a study of the model’s head. This complex technique was even more remarkable when considering the account of Bouguereau’s student, Robert Marc, who remembered the artist painting such studies in as little as four hours.2

﻿Young Woman with a Fan is on a somewhat larger scale than many of Bouguereau’s head studies, and the artist’s highly finished portrait of porcelain skin, pink lips, and downward glance is joined with further work on the placement of hands and positioning of figures gently opening a fan, and loosely sketched dashes and brushy swoops to outline the model’s costume, while an additional curved line suggests the work possibly would have been painted within an oval. While the artist considered oil studies a critical step in his process, he did not intend them to be seen outside his studio. Yet in its mix of finish and more expressive elements, Young Woman with a Fan reveals Bouguereau’s brilliant eye, technique, and personality. It has not yet been determined if the present work inspired a finished painting or if the composition was unfinished and set aside by by the in-demand artist, who routinely worked on several compositions at once. When asked how many paintings he had done, Bouguereau replied “I don’t know the exact number, but if I said six hundred, I wouldn’t be far off. And look, these portfolios are full of all kinds of sketches and studies. I’ll never be able to turn them all into paintings; for that I’d need… many more years than I have ahead of me.”3