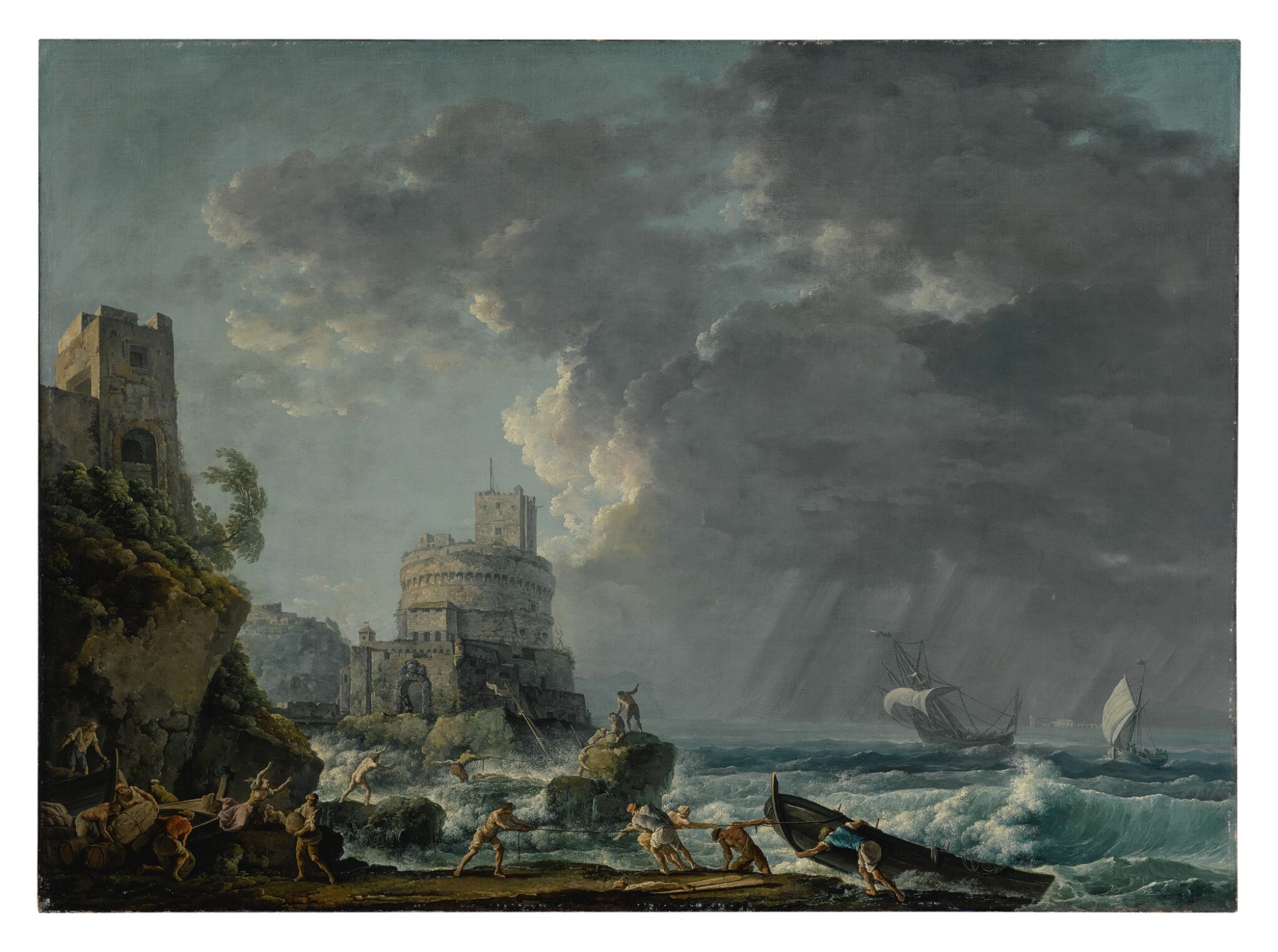 Active in Naples during the second half of the 18th Century

This work is in particularly good condition. The canvas has an old European lining which is still effectively stabilizing the surface. The varnish may have yellowed slightly, but the painting looks well nonetheless. Under ultraviolet light, one can see a small retouch in the upper right sky, a couple of spots in the center of the sky to the right, and one retouch in the water beneath the boats on the far right. No other retouches are apparent. The work should be hung in its current state.

In spite of the increasing number of works by him that have come to light in recent years, Carlo Bonavia remains an elusive figure to art historians. He is thought to have gone to Naples from Rome, but little is known about his life beyond the time frame of his activity in that city:  View of the Pier and Lighthouse at Naples, inscribed and dated 17511  and View of the Castel dell'Ovo, inscribed and dated C. Bonavia P.A.17882 bookend Bonavia's career and are believed to be his earliest and latest extant pictures. Although Bonavia appears to have been trained in the Neapolitan landscape tradition of Salvator Rosa (1615-1673) and Leonardo Coccorante (1680-1760), he was most strongly influenced by the French marine and landscape painter, Claude-Joseph Vernet (1714-1789), who worked in Naples between 1737 and 1746. Bonavia's paintings share with Vernet's a delicate Rococo palette and an atmospheric, rather than analytical, approach to landscape.

In this dramatic scene of shipwreck and salvation Bonavia has captured the essence of nature's fury.   The viewer is presented with the last glimpse of peaceful blue sky before a torrential storm blows in from the sea. The panic of the sailors is almost palpable as they struggle to secure their boats and flee to the relative safety of dry land. In the massive, rocky shoreline with its crashing waves and in the threatening apocalyptic clouds unleashing sheets of driving rain, one can almost glimpse the sublime. The tiny figures who struggle against the elements and raise their hands towards the heavens in supplication heighten the emotion of the scene.

Bonavia's idyllic landscapes and evocative marines were popular with the Grand Tourists who stopped in Naples on their way to Pompeii and other famous sites. Counted among his patrons were Lord Brudenell and Graf Karl Joseph Firmian, Austrian ambassador to Naples from 1753 to 1758, whose inventory included 17 works by the painter, most of which still have not been identified. Although Bonavia was well respected during his own lifetime, he was all but forgotten until the 20th century, his works often mistaken for those of Vernet.