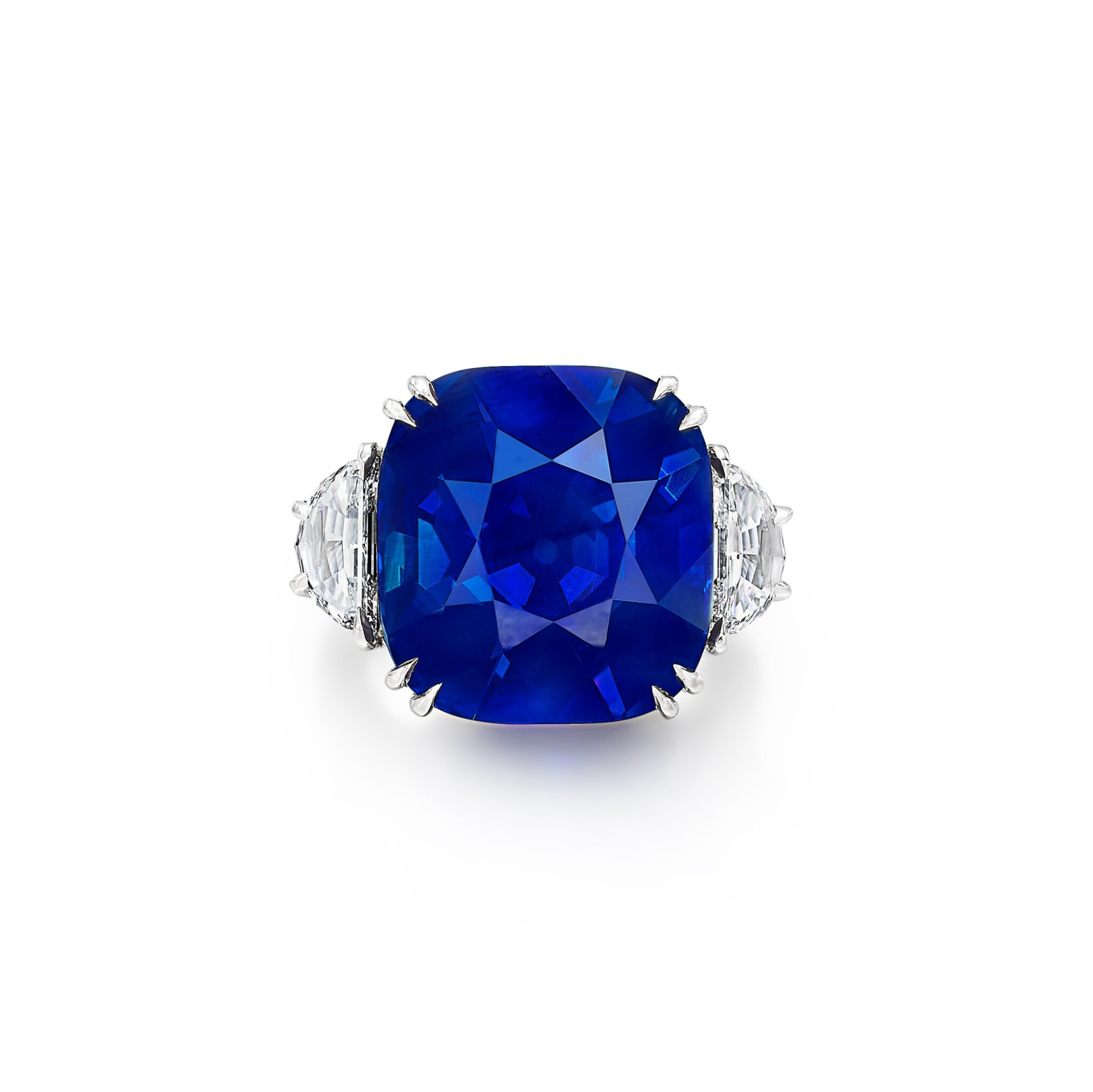 An Extremely Rare and Important Sapphire and Diamond Ring, with Mount by Harry Winston

Set with a cushion-shaped sapphire weighing 28.37 carats, flanked on each side by a half-moon-shaped diamond, mounted in platinum, mount with maker's mark for Harry Winston, size 6¼.

﻿Accompanied by Gübelin report no. 18120150, dated 8 January 2019, stating that the sapphire is of Kashmir origin, with no indications of heating. Also accompanied by an appendix stating that the 28.37 carat sapphire "... possesses a richly saturated and homogeneous colour, combined with a high degree of transparency, and a finely proportioned cut, … has been spared thermal treatment. Such a combination of characteristics is rare in natural Kashmir sapphires of this size"

Also accompanied by a SSEF report no. 104556, dated 21 January 2019, stating that the sapphire is of Kashmir origin, with no indications of heating; further accompanied by a SSEF appendix stating that " The described sapphire exhibits an impressive size and weight of 28.375 ct, combined with an attractive blue colour and a fine purity ... can be considered very rare and exceptional".

Also accompanied by AGL report no. 1097796, dated 17 December 2018, stating that the sapphire is of Kashmir origin, with no heat and clarity enhancement.

Please note that lot 1852 is also accompanied by AGL report and SSEF report and appendix.