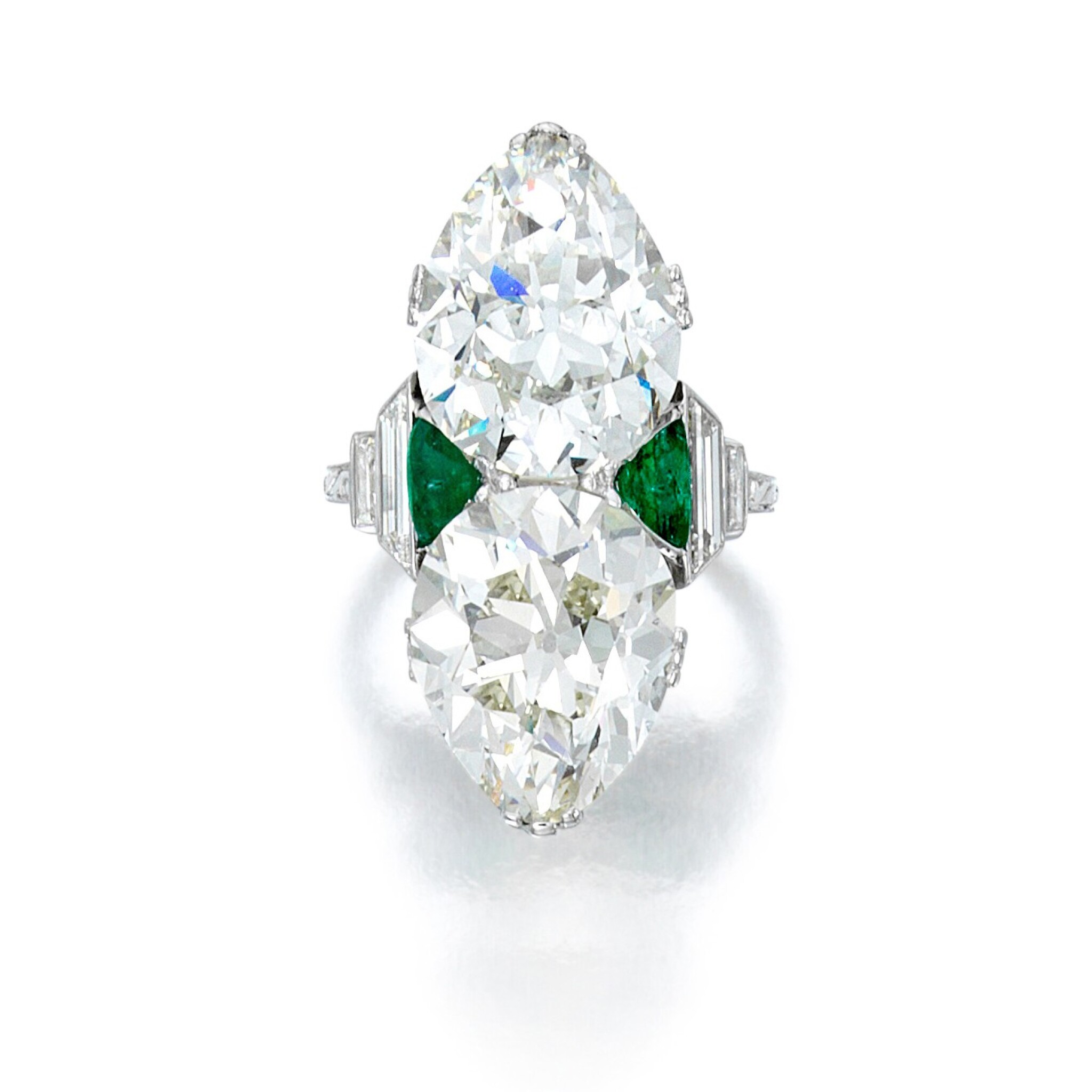 In response to your inquiry, we are pleased to provide you with a general report of the condition of the property described above. Since we are not professional conservators or restorers, we urge you to consult with a restorer or conservator of your choice who will be better able to provide a detailed, professional report. Prospective buyers should inspect each lot to satisfy themselves as to condition and must understand that any statement made by Sotheby's is merely a subjective qualified opinion. Illustrations in the catalogue may not be actual size. Prospective purchasers are reminded that, unless the catalogue description specifically states that a stone is natural, we have assumed that some form of treatment may have been used and that such treatment may not be permanent. Our presale estimates reflect this assumption.Certificates of Authenticity: Various manufacturers may not issue certificates of authenticity upon request. Sotheby's is not under an obligation to furnish the purchaser with a certificate of authenticity from the manufacturer at any time. Unless the requirements for a rescission of the sale under the Terms of Guarantee are satisfied, the failure of a manufacturer to issue a certificate will not constitute grounds to rescind the sale. Gemological Certificates and Reports: References in the catalogue descriptions to certificates or reports issued by gemological laboratories are provided only for the information of bidders, and Sotheby's does not guarantee and accepts no responsibility for the accuracy, terms or information contained in such certificates or reports. Please also note that laboratories may differ in their assessment of a gemstone (including its origin and presence, type and extent of treatments) and their certificates or reports may contain different results. NOTWITHSTANDING THIS REPORT OR ANY DISCUSSIONS CONCERNING CONDITION OF A LOT, ALL LOTS ARE OFFERED AND SOLD "AS IS" IN ACCORDANCE WITH THE CONDITIONS OF SALE PRINTED IN THE CATALOGUE.

Please note that the ring is size 4½, not 3¾, as stated in the printed catalogue.

The ring offered here is distinguished not only by its exemplary, high Art Deco design, but by also by its possible association with two celebrated jewelry houses.

The ring is stamped with the maker’s mark “AT”, which likely is that of the Tillander firm, originally established in 1860 by Alexander Edvard Tillander in St. Petersburg, Russia. With the outbreak of World War I, followed by the Russian Revolution in 1917, the business closed and moved to Helsinki, Finland, where it still is today. By the 1920s Alexander’s son, Alexander Tillander Jr., after having achieved success in the export and pre-owned business, took over the helm of the firm.

The accompanying box appears to be of the same period as the ring, yet it is stamped “Oesterreicher, Wein”, a jeweler registered in the 1905 Vienna directory as goldsmiths, silversmiths, and jewelers to the royal civil service under the Emperor Franz Josef. It is possible that the ring had been retailed by Oesterreicher at some point in time, but certainly before 1938, when Oliver Oesterreicher and his wife Marianne moved to the United States and changed their names and that of their company to Ostier. Many may be familiar with the jewelry designed by Marianne Ostier from the 1940s-1960s, but one of her most notable jewels was conceived while working for Oesterreicher, before her arrival in the States: a tiara created for the for the marriage of Queen Geraldine and King Zog I of Albania.

While the exact provenance of this exquisite Art Deco jewel may never reveal itself, the marks on the ring and its box point to a journey worthy of exploration.