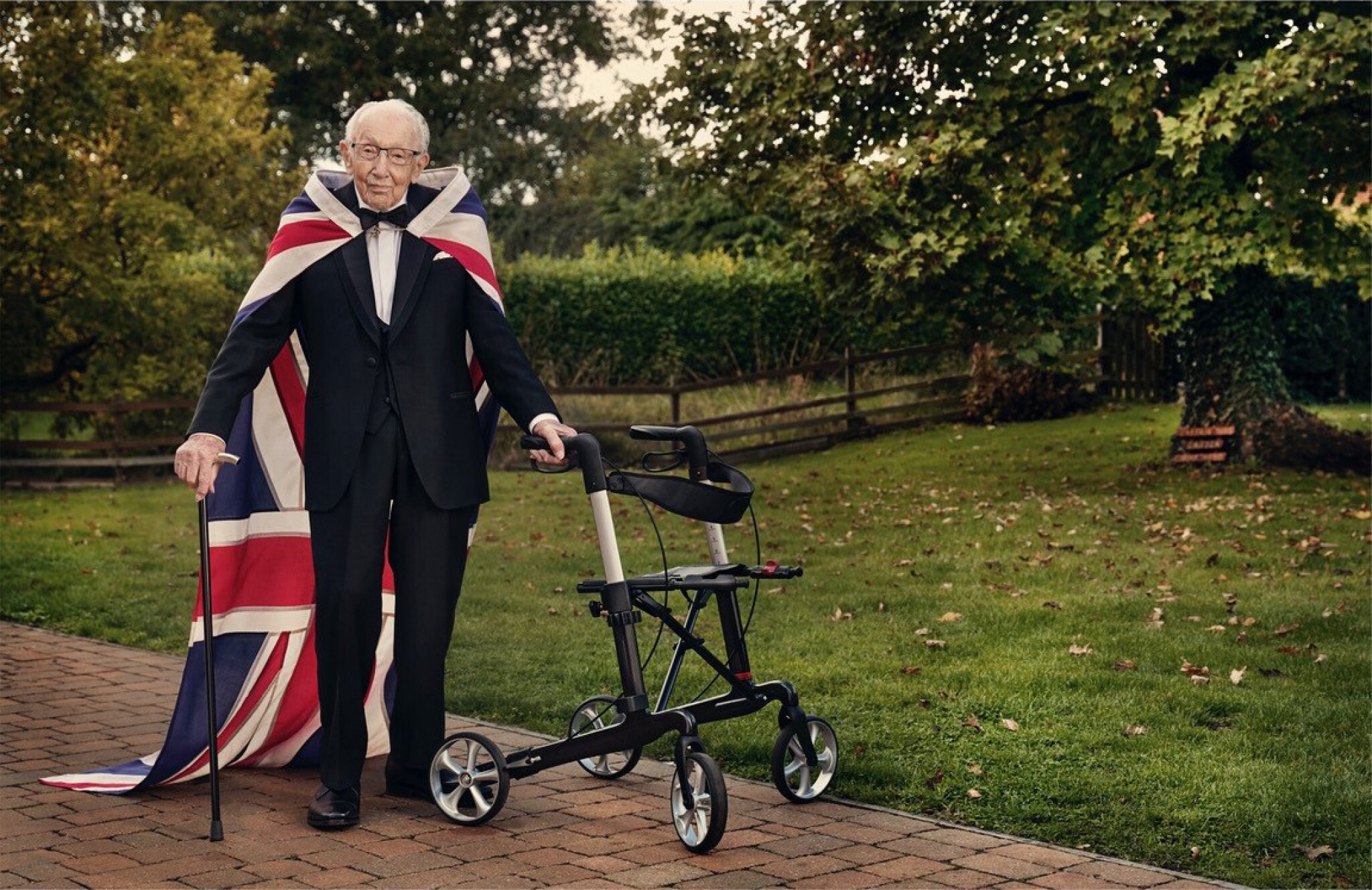 Unique chromogenic print, dry-mounted to board. Signed, titled, dated and numbered 1/1 in black ink in the lower recto. Framed.

This print, which has not been inspected out of the frame, appears to be in overall excellent condition.

Generously donated by the artist, with all sale proceeds to benefit The Captain Tom Foundation.

Sotheby’s is honoured to be offering this lot (generously donated by the artist), with all sale proceeds benefitting The Captain Tom Foundation.

‘I always think of the beneficial things’, Captain Sir Tom Moore stated in an interview last year, and it was exactly this mindset that drew him to start his charity walk. Initially hoping to raise £1,000 by walking one hundred laps of his garden, he ultimately raised over £30 Million and quickly became one of the most effective fundraisers in Britain to support the NHS during the COVID-19 pandemic. Whilst his selfless act garnered praise and recognition around the world, the highest honour came from HRH Queen Elizabeth II, who knighted the recently appointed Captain in a unique ceremony in July 2020.

His motto – ‘Tomorrow is a good day’ – represented the light at the end of the tunnel for everyone. His positivity and strength, two of the core values that embodied Captain Sir Tom Moore, are perfectly captured in this celebrated portrait by Gavin Bond. Long may his memory and the principles he stood for be remembered and commemorated.