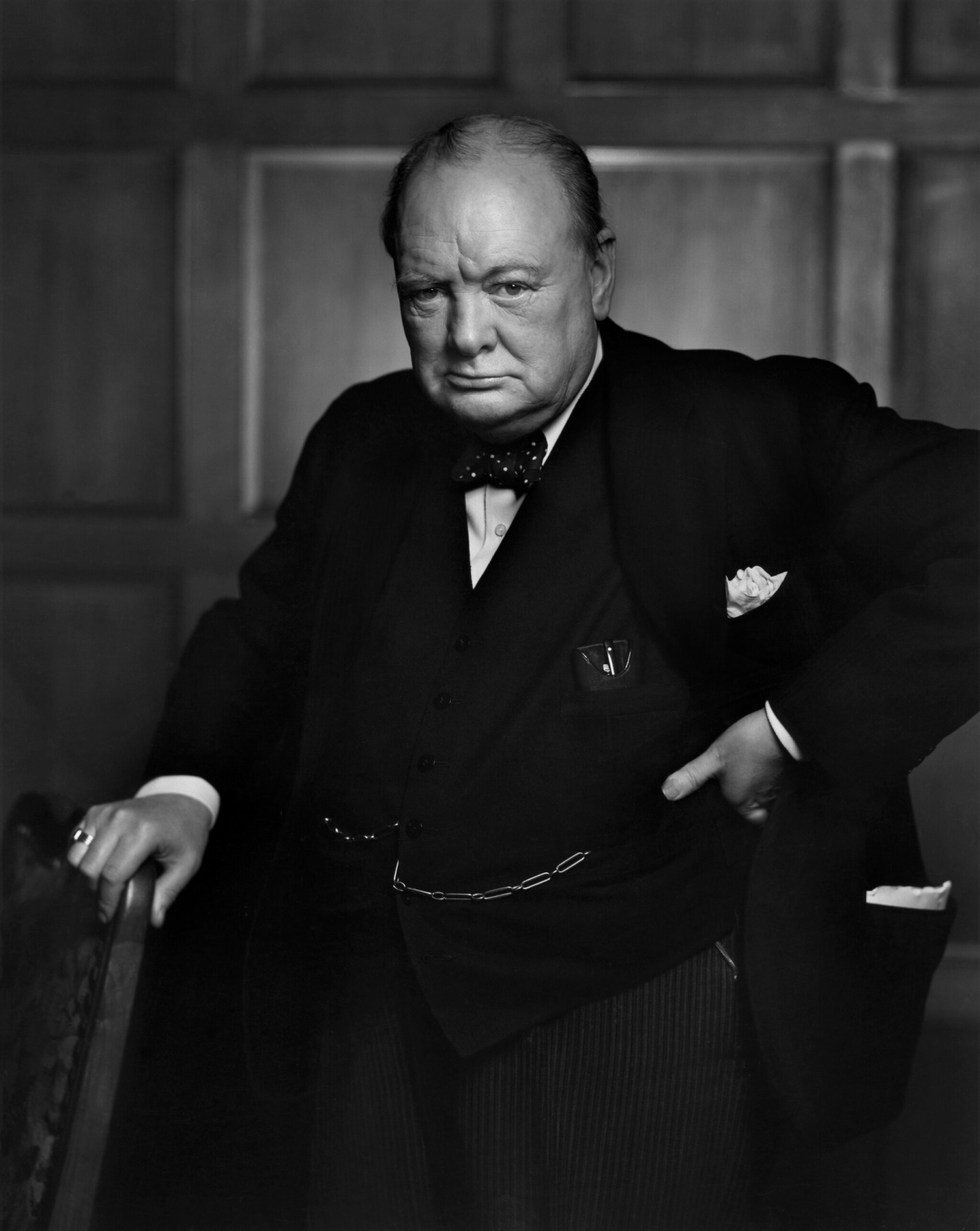 Silver print, printed later and flush mounted to card. Signed in black ink in the lower margin, and titled and dated in pencil on the back of the card mount. (matted, unframed)

This incredibly detailed and beautiful silver print is in overall excellent condition; with a tiny bump in the upper right hand margin, away from the image and only visible upon close inspection.

“Success is not final, failure is not fatal, It is the courage to continue that counts.” - Winston Churchill.

Sir Winston Churchill was one of the most important figures in World History. He was an author, historian, artist, military strategist , orator ,statesman, world leader and savior of the Free World . This image is one of the greatest 20th Century portraits and cemented Karsh’s international reputation as one of the most sort after portrait photographers in the world. It demonstrates the real power of photography where subject matter and artistic talent collaborate unexpectedly to create a moment in history that endures forever and inspires each new generation.

Here are Karsh’s recollections of that special day:

"Canadian Prime Minister William Lyon Mackenzie King said , "Karsh, we have put a few minutes aside for you but we are not going to tell the great man. Set up your camera in the Speaker’s Chamber”. And true to his promise, arm in arm with Churchill (Mackenzie King) came to the Speaker’s Chamber. I switched on my lights and immediately Winston Churchill was taken by surprise, He said “What is going on ?”. And I said “Sir I hope I will be fortunate enough to make a worthy photograph of this historic occasion.”

He banged on the nearest table he could. He said “Why was I not told? His associates and entourage laughed and that did not help matters at all. He was given a fresh cigar and he was chewing at it rather seriously and resenting the whole situation. Ultimately he said “You may take one”. I immediately went to him with an ashtray and I said “If you please sir”. He would not hear (of) removing the cigar from his mouth. Immediately I went back to my camera to make sure everything was ready. And without any premeditation but with infinite respect, I took the cigar from his lips. By the time I get back the four feet I was from the camera, he looked so belligerent he could have devoured me. Immediately with a great smile, he said, “You may take another one”. And this time he straightened up; he looked very benevolent, very benign. I took a second one. He walked towards me and shook my hand and said “You can even make a roaring lion stand still to be photographed."