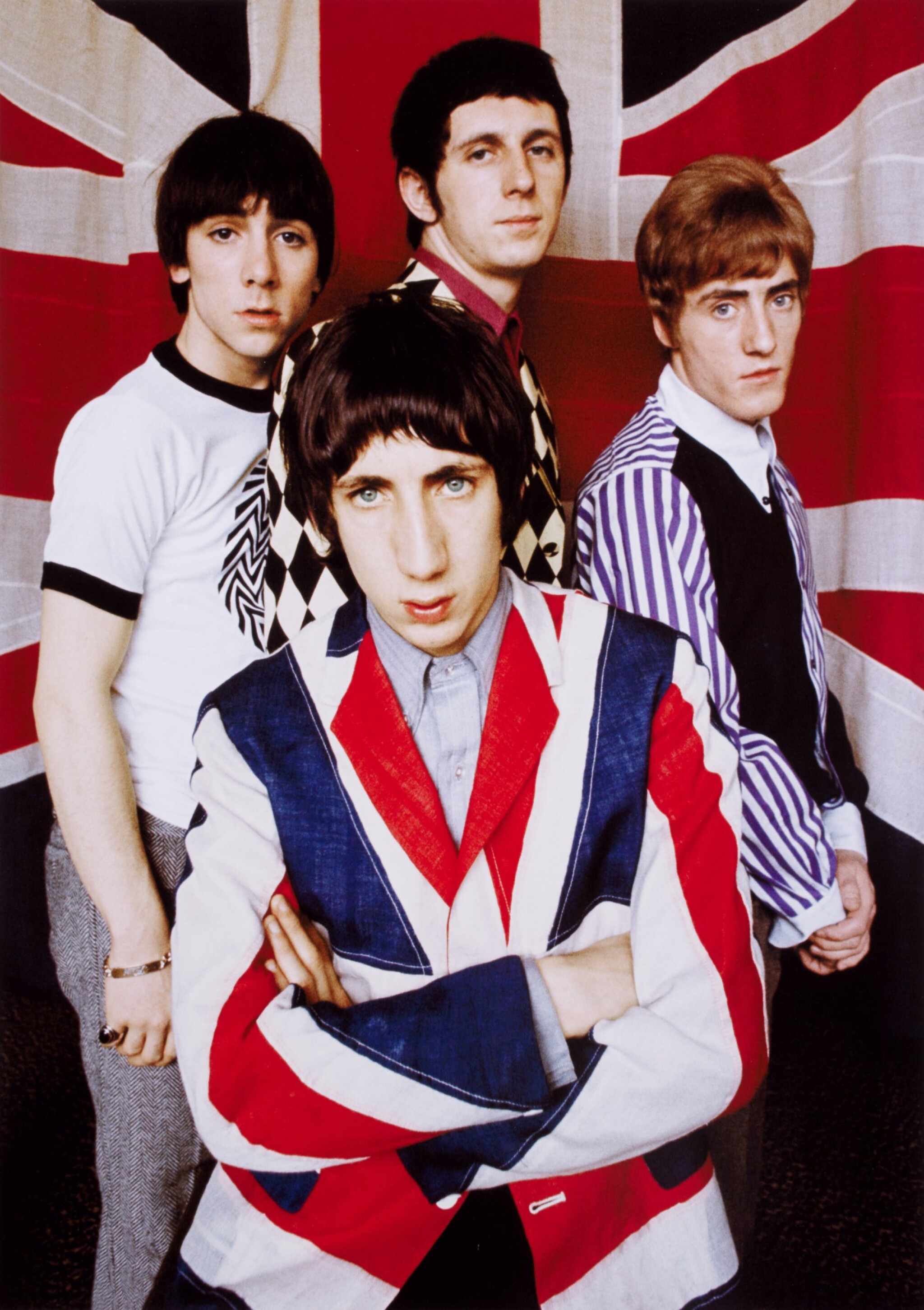 This print is in overall excellent condition. Matt finish.

Peter Fetterman Gallery, Santa Monica, CA
“Don’t be influenced by others. Shoot what you like.” – Colin Jones

“Well I am certainly happy I didn’t die before I got old as I wouldn’t be writing this now. But for my generation of UK lads coming of age in the England of the 1960’s The Who were pretty seminal.

With this image the memories come flooding back. It was commissioned by The Observer Magazine for a feature on Rock Bands. Colin Jones was on tour in Manchester with the band and was asked to shoot the cover for the magazine in color. Colin noticed Pete was wearing a Union Jack jacket and then thought it
would be great if he could find a real Union Jack Flag to drape behind the band in their hotel room. Keith Moon of course noticed that there were some fluttering on flag poles in the hotel’s grounds and then proceeded to climb up one to get the necessary flag and “nick” it as we say.

It was not surprising that they were later thrown out of the hotel but fortunately not before Colin captured this great shot.” –Peter Fetterman