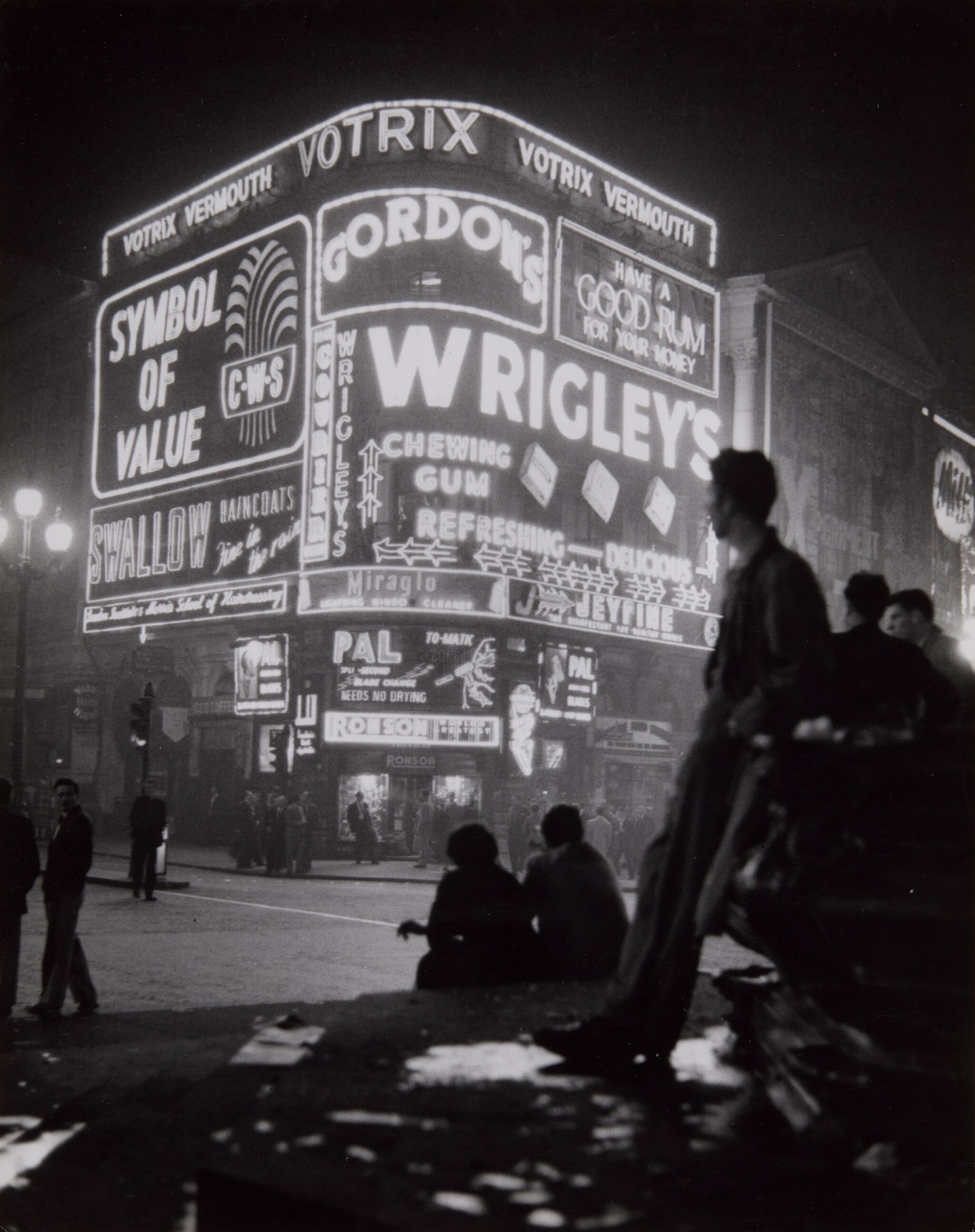 Vintage silver print. Signed by the artist in pencil; titled, dated and annotated by an unknown hand in pencil and with various copyright and reproduction stamps all on the verso. Matted. (unframed)

This vintage print is in overall very good condition. Printed on Agfa paper. With various handling marks and pressure points on the image, only visible under raking light and in close inspection. Slight paper thinning in a small area verso. Four corners slightly bumped.

Peter Fetterman Gallery, Santa Monica, CA
“I hadn’t come across the work of Hannes Kilian before I discovered this extraordinary vintage print of my home town. I found out that he was a freelance German photojournalist who had worked for major publications like Time, Picture Post, Stern and Vogue. That’s what’s so amazing about collecting photography, you never stop learning and discovering things.

In his later life he came to specialize in dance photography and his special images of the Stuttgart Ballet made that ballet company famous throughout the world. But this image of Piccadilly Circus in the 1950’s just bowled me over. Of course that young man in the center of the image could have been me as it was a place I frequented often and his stance of dreaming and looking at the bright lights was one I often employed...well let’s just say for sake of argument it is me.

It is one of the greatest London photos I have ever seen. I was happy to see a print of it at an exhibition at Tate Britain a few years back called “Another London” where it was also on the catalogue’s back cover.” – Peter Fetterman