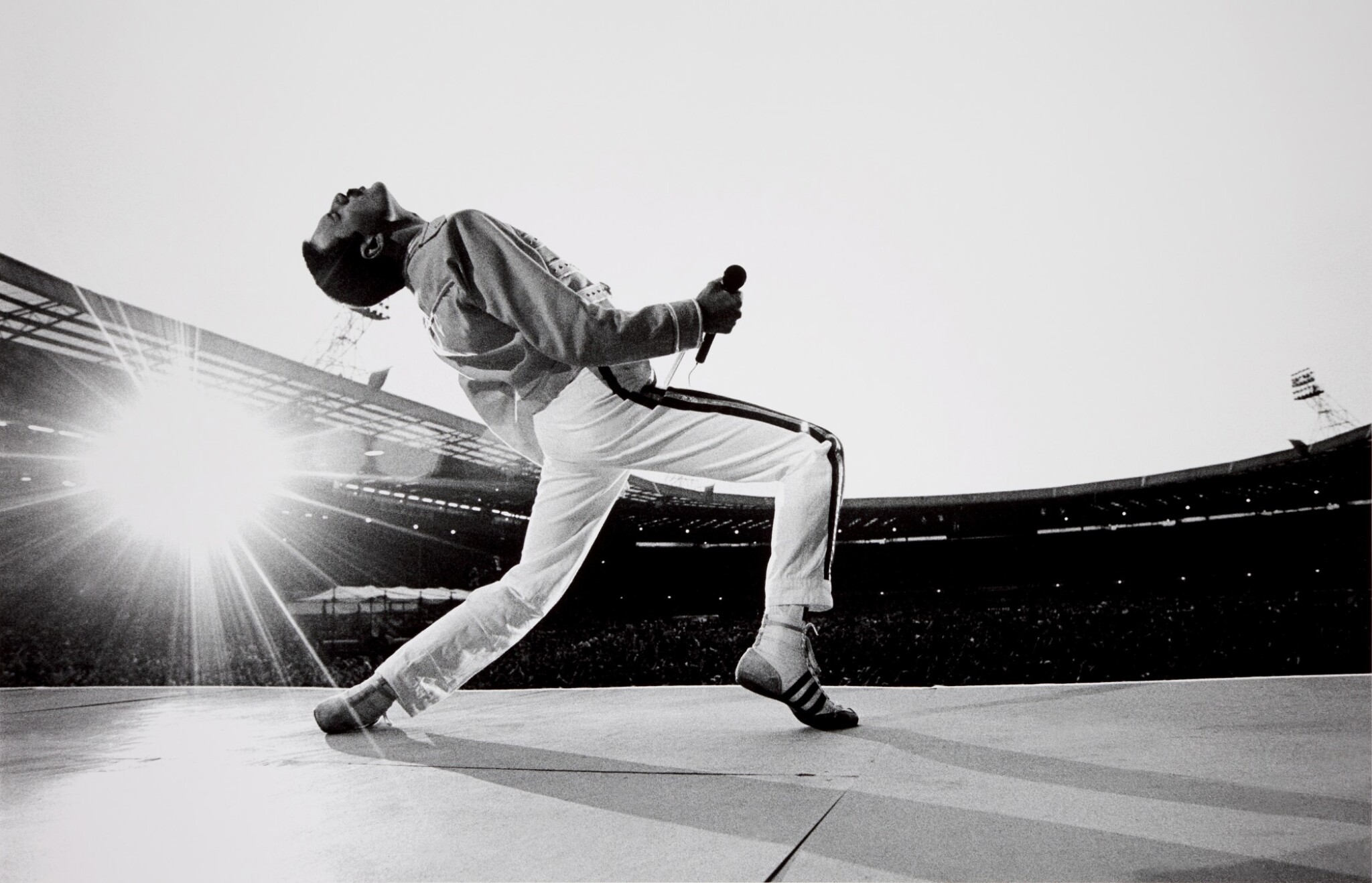 This print is in overall excellent condition.

“Working with “Queen” I was welcomed with open arms and encouraged to go for broke…..and I did. Both the band and the crew seemed happy to have a photographer along who could blend in seamlessly with all concerned and not only get the job done but roll with the punches. The more time I spent with them, the more I realized that this was a dream job. .And that job continued on and off for many years, Freddie was the obvious visual focus of the band for me, He was always happy to have me around and I came to realize that his favorite thing in life was to be Freddie Mercury. Even when he was “off” he was “on”. He never told me to put a camera down, on the contrary he seemed to revel in the fact that I was always around to document everything that went on. As a badge of honor and acceptance I was immediately given a very Queen-esque nickname by Freddie, dubbed “Linda Lens” – Neil Preston

This is a true rock image at its best and a real trip down memory lane for me.

I was struggling to complete the finance for a small film I was making in London with Mia Farrow. We were $75,000 short. Somehow my accountant and lawyer knew Queen’s accountant and lawyer. They were the biggest rock band in the world at that time. I think they were making so much money they literally didn’t know what to do with it. I think they needed a tax loss. I made a presentation, they liked the script and gave me the money and saved the film.

We made the film and I organized a private screening for them as a thank you. The lights go up at the end and then I asked them what they thought and Freddie rushes up to me and gives me the biggest hug and they all said they loved it.

And I said, “ Well, I guess I don’t have to give you your money back then” and then we all laughed and cracked open the champagne. – Peter Fetterman