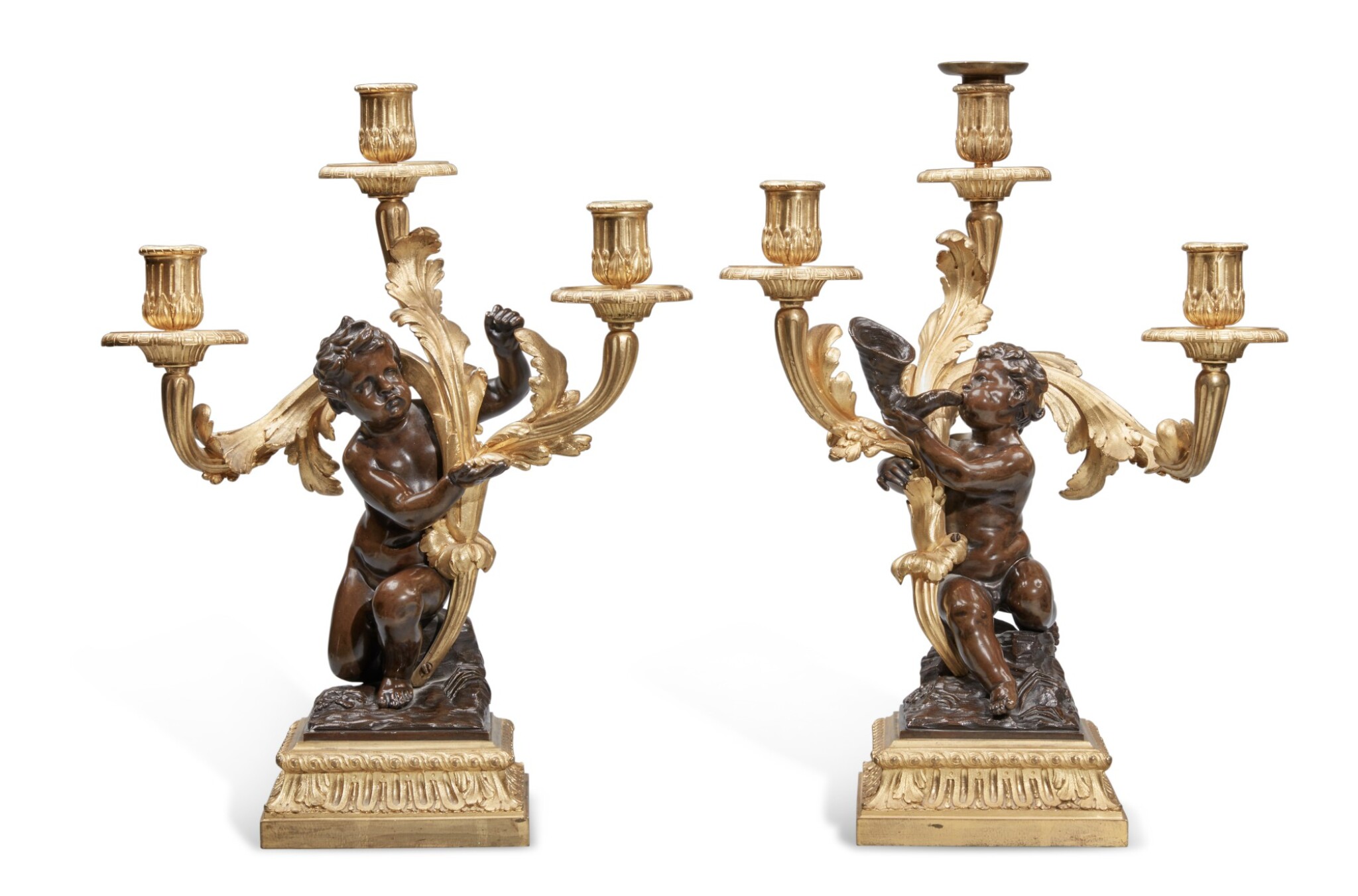 in the Louis XV/XVI Transitional Style

Although the design of this popular model is traditionally attributed to the sculptor and bronzier Philippe Caffieri, the putti figures are in fact taken from 17th-century Roman Baroque models of infant musicians thought to emanate from the circle of Alessandro Algardi (1595–1654) or François Duquesnoy (1597–1643). A set of four 18th-century French casts of these models on gilt bronze bases, depicting an infant boy holding a shell, another blowing into a double conch shell, and two others playing the flute and the triangle, is in the Wallace Collection, London (S202-5; R. Wenley, French Bronzes in the Wallace Collection, London 2002, p.84). The production of this group was probably orchestrated by one of the Parisian marchands merciers, who would have also adapted the models for use as candelabra, with the arms and bases possibly designed by Caffieri (1714-1774), son of the sculpteur, fondeur et ciseleur du roi Jacques Caffieri who took over his father's workshop after his death in 1755.

Numerous surviving pairs are recorded on the market, including an almost identical pair sold Christie's London, 9 December 2010, lot 111. One variation of the model eliminates the conch shell and simply incorporates two infant boys with raised hands, a version of which was sold Christie's London 6 December 2006, Lot 250, and another formerly in the Baron de Rothschild and Ojjeh-Wildenstein Collections, sold Sotheby's Monaco, 25-26 June 1979, lot 51. A pair of both types was in the collection of Hubert de Givenchy, sold Christie's Monaco, 4 December 1993, lots 5 and 6. A third variant employs the model of the boy playing a flute, an example of which from the former Bavarian Royal Collections is in the Residenz, Munich, illustrated in H. Ottomeyer and P. Pröschel, Vergoldete Bronzen, Munich 1986, vol.I, p.156, fig. 3.2.1.