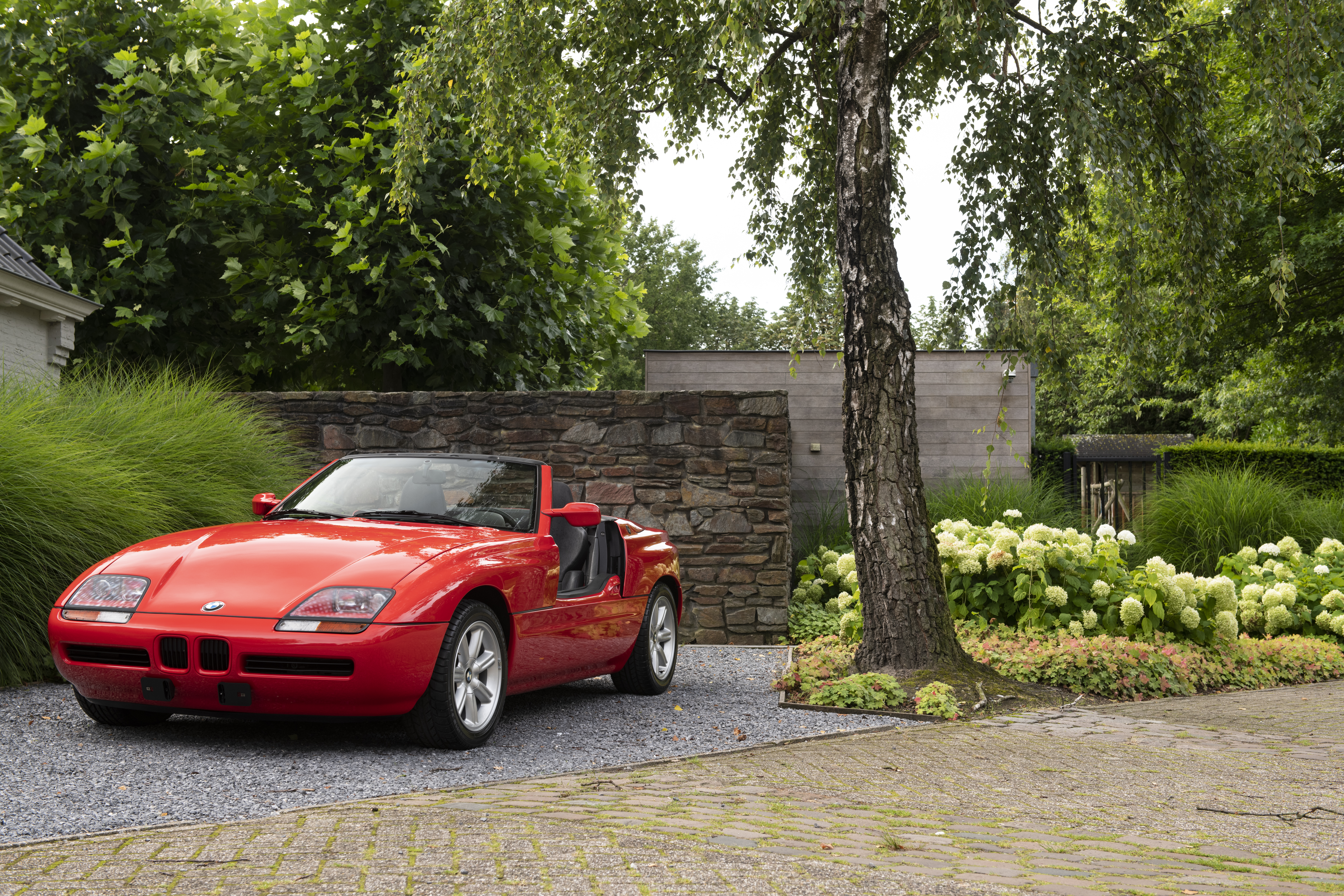 Odometer reads only 191 kilometres at the time of cataloguing

Due to the low production volume and limited availability of the BMW Z1, the rarely seen convertible has gained a reputation among car enthusiasts as a collectable modern classic. Manufactured by the German marque for only two years, it is believed that 8,000 examples of the Z1 were made between 1989 to 1991. The model would form the basis of BMW’s Z-series cars, paving the way for the later, more widely available Z3 and Z4, also the performance-focussed Z8. The “Z” of its name stood for the German word, “zukunft”, or future in English. The car encapsulated the future at every point, designed by the Dutchman Harm Lagaay, who later moved to Porsche to design the Boxster, Cayenne, and other models.

As the forebear of BMW’s cabriolet production in the late-1980s, the Z1 was designed with unusual features that only add to the car’s character. Most notably, the model’s “barchetta” shape is enhanced by unconventional doors that slide up and down for entry or exit. Removable body panels were made of thermoplastic, constructed by GE, and BMW claimed that the entire body could be swapped over within 40 minutes. The headlights are hidden behind a screen cover to maintain the smooth profile at the front of the car, prominently featuring BMW’s signature “kidney bean” grille in the middle. The dynamic shape of the car forces the wing mirrors onto the A-pillars, and the high rear profile of the car is designed to accommodate space for the convertible roof to be stowed. A 2.5-litre engine made for 168 horsepower and BMW claimed that the Z1 could corner with 1G of force on standard tyres—allegedly the first production car to do so.

This example—finished in the distinctive BMW colour, “Toprot”—was manufactured in 1989. Originally road registered on temporary German number plates, the history of the car is largely unknown until it was discovered in storage in London at the start of 2021 with only 189 kilometres showing on the odometer. Since then, the car received a major service and was road registered in the Netherlands. The odometer reading is 191 kilometres at the time of cataloguing. The car retains its original cassette player and the manufacturer-supplied tool kit is in the boot, further to the spare wheel and period printed literature by BMW that includes instruction manuals and service booklets.