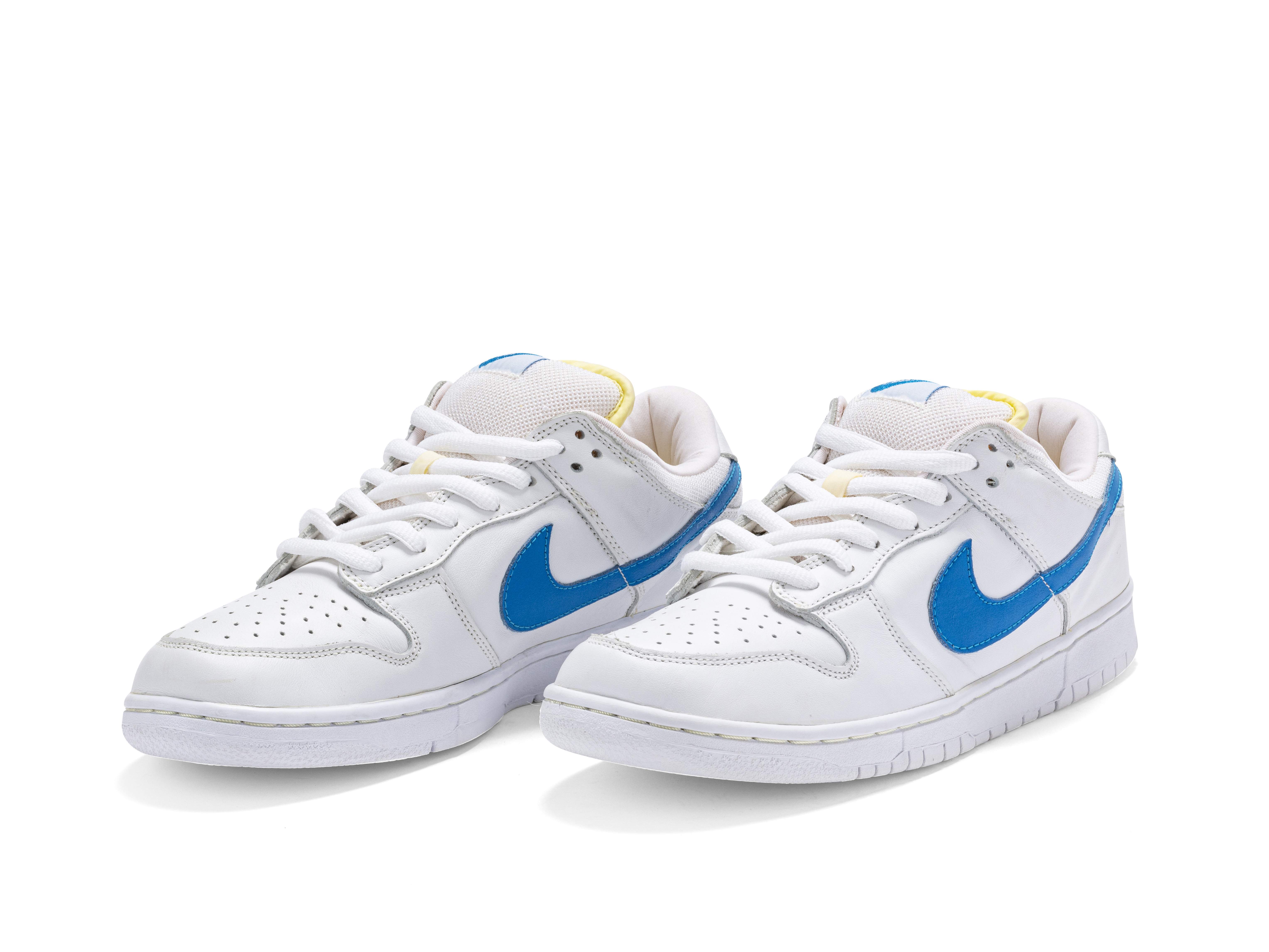 Please note that Condition 11 of the Conditions of Business for Buyers (Online Only) is not applicable to this lot.﻿

The Nike SB Dunk made its first appearance in 2002 with the launch of Nike Skateboarding and release of the Nike Dunk Low Pro SB ‘Richard Mulder’. This new revitalized version of the Dunk was an instant hit after the original model had declined in popularity in the 1990s. Nike’s redesign of the beloved 1985 basketball shoe paid off for the brand who recognized that skaters were the ones saving the Dunk.

Nike began making subtle changes as the model shifted from the courts to the skateparks. The design team first updated the tongue of the shoe to nylon to improve the fit of the shoe for skaters. As demand for this “new” Dunk surged, Nike doubled down on their success by releasing the 2001 Dunk Pro B. These were the first Dunks to feature extra padding in the tongue and elastic straps to boost performance and fit. These models also featured a range of different colors, patterns, and textures. Nike’s updates ignited a new level of devotion for the brand among both skaters and collectors.

Nike established Nike Skateboarding in 2002 and with it, the first skate specific design. Nike SB’s design team added additional padding, a sockliner, and a Zoom Air unit in the heel to create the Dunk Low Pro SB. Nike SB tapped their own riders to collaborate on the design to create the first-ever series of SB Dunks. Richard Mulder was the first of four original Nike SB team riders to be tasked with designing the first colorway in the series. Mulder’s sneaker features white leather on the upper and white mesh on the tongue and collar. Drawing on inspiration from his first pair of white and blue Nike’s, Mulder chose Orion Blue for the Swoosh to complete the design.

The Dunk Low - generally speaking - is one of the most desired styles on the collectors market, making the 2002 ‘Richard Mulder’ SB Dunk historically important to the history of the model.