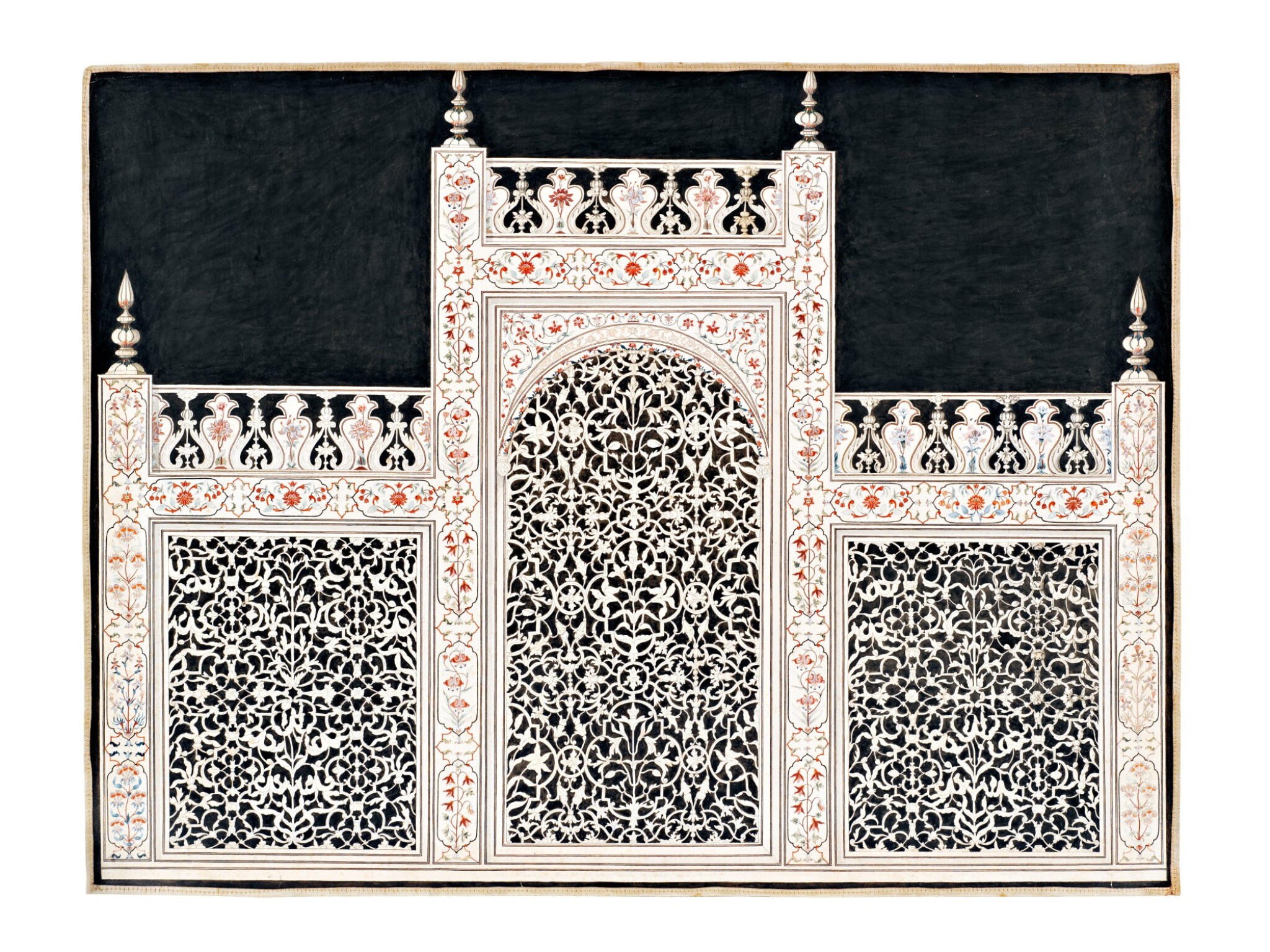 watercolour and bodycolour on paper

George McFadden, New York
This view is of the north façade of the octagonal marble screen which surrounds the cenotaphs of the Mughal Emperor Shah Jahan and his wife Mumtaz Mahal in the central chamber of the Taj Mahal. A similar façade is on the south side of the screen with the central section higher than the flanking panels. The south façade has an arched doorway in the centre, lacking a jali panel, which is the only entrance into this inner sanctum of the Taj Mahal. Each of the other six sides comprises three carved marble jalis of similar height with marble columns and finials, with a pierced frieze of vases above all the jali panels and the entrance. As illustrated in the present lot, the panels have a pierced design of floral ornament, and the marble is inlaid with semi-precious stones in the form of flowering plants within cusped cartouches and scrolling floral vines. The dark background used by the artist of the present work focuses the viewer’s eye on the delicate openwork floral marble carving of the jalis. The existing marble screen was placed here in 1643, replacing an earlier screen made of pure gold and inlaid with precious jewels.

For a study of the top of Shah Jahan's cenotaph in the present sale, see lot 21.