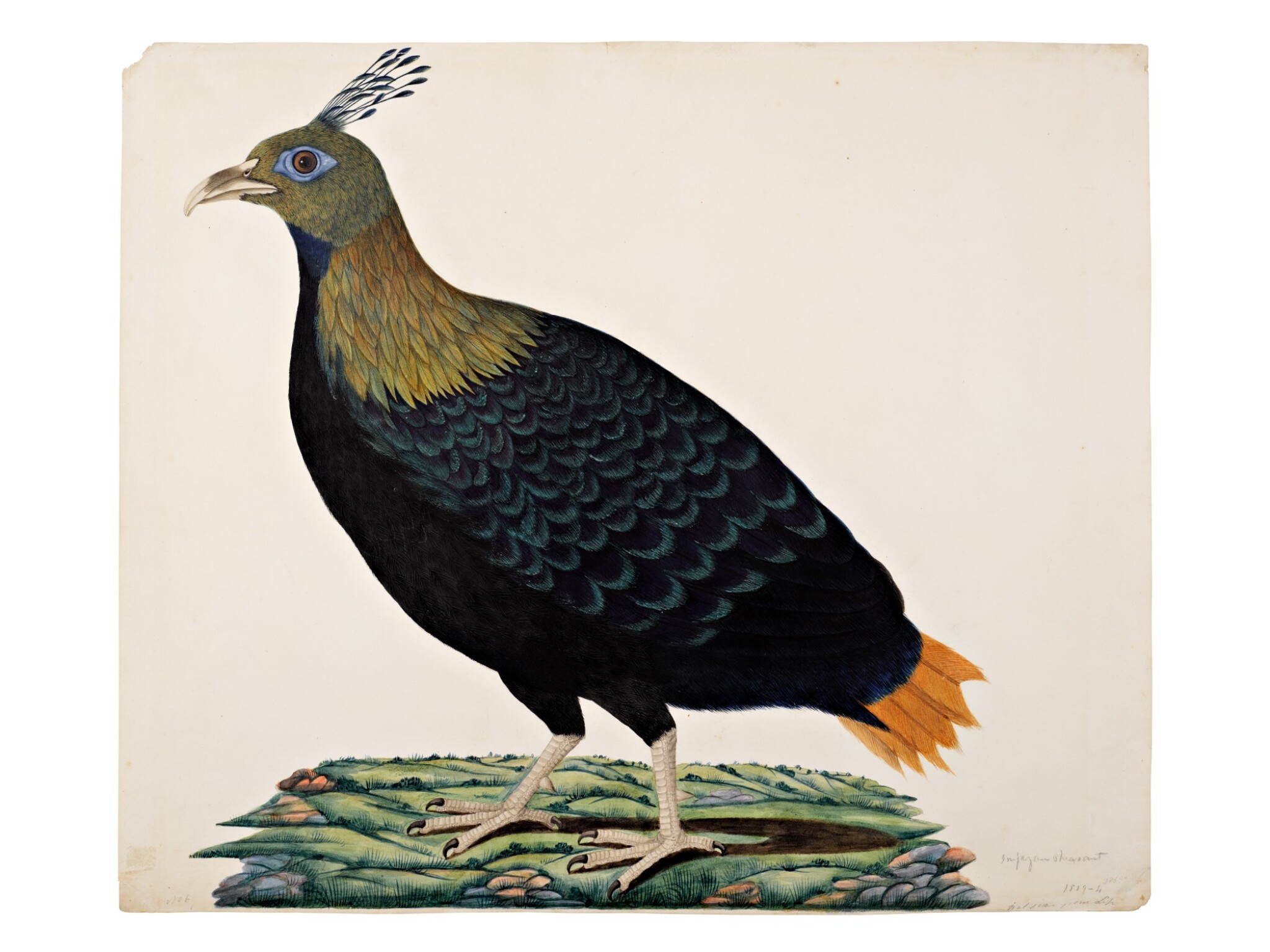 George Annesley, 10th Viscount Valentia (1769-1844)
Niall Hobhouse, London
Francesca Galloway, London
The Himalayan Monal or Impeyan Pheasant is a resident of the Himalayan region in India, Pakistan and Nepal. The male is identified by its unmistakable iridescent green head, wire-like crest, green and copper feathers on its hindneck and mantle, blue and purple wings, cinnamon-brown tail feathers and velvety-black underparts. It is usually found on grassy and rocky slopes in the summer and in oak, deodar and rhododendron forests during winter. The scientific name for the pheasant was given by the ornithologist John Latham to commemorate Lady Impey (1749-1818), wife of Sir Elijah Impey, Chief Justice of Bengal from 1774 to 1782. For illustrations of birds commissioned by the Impeys in the present sale, including a Crimson Horned Pheasant, see lots 15 and 16.

The present lot was formerly in the collection of the 10th Viscount Valentia (1769-1844). George Annesley, 2nd Earl of Mountnorris, styled Viscount Valentia, travelled to India between 1802 and 1806. He visited professional zoologists and botanists and collected several illustrations of birds whilst in India. Most of the drawings in his collection depict the bird, if small, either perched on a branch or twig, and if large then depicted standing with no landscape. This illustration is unusual for its painted ground. A comparable painting of an Impeyan Pheasant depicted without any painted ground, also formerly with Lord Valentia, sold at Christie’s, London, West~East - The Niall Hobhouse Collection, 22 May 2008, lot 12. A female Impeyan Pheasant painted by Shaykh Zayn al-Din in 1777 for Lady Impey is in the Ashmolean Museum in Oxford (Topsfield 2019, p.43).

For further discussion about Lord Valentia’s travels in India and his collection of natural history illustrations, see lot 4 in the present sale.