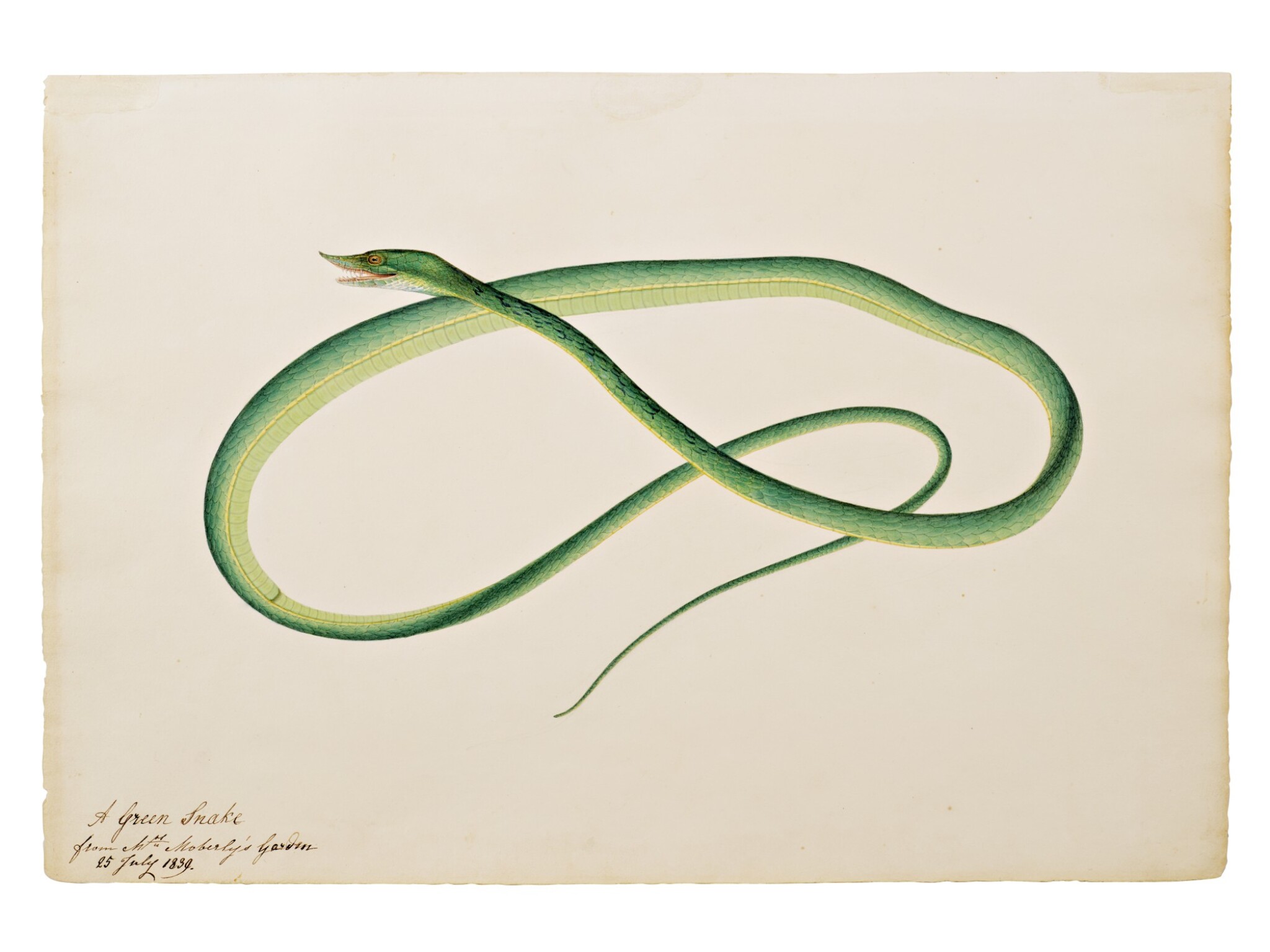 Bonhams, London, 24 April 2012, lot 300 (part lot)
The Mrs. Moberly referred to in the inscription of the present lot is thought to be Henrietta Moberly, wife of Lieutenant-Colonel Henry Moberly (1791-1852), an officer in the army of the East India Company. The couple were married in Madras on 23 July 1821. Henrietta was previously married to her cousin William Bell, who was in the Indian Civil Service. William was the eldest son of Major General Robert Bell (1759-1844), Commandant of Artillery. Mrs Moberly died in Madras on 12 August 1844 at the age of fifty-one.

For an illustration of a bird with black and grey plumage from the same album, which is similarly inscribed and dated, see Bonhams, London, 24 April 2012, lot 300. A study of a Caldeira fruit, which is also quite likely from the same album, was sold at Sotheby’s, London, Oriental Manuscripts and Miniatures, 19 October 1994, lot 183. The latter bears an English inscription which appears to be in the same hand as the present lot.