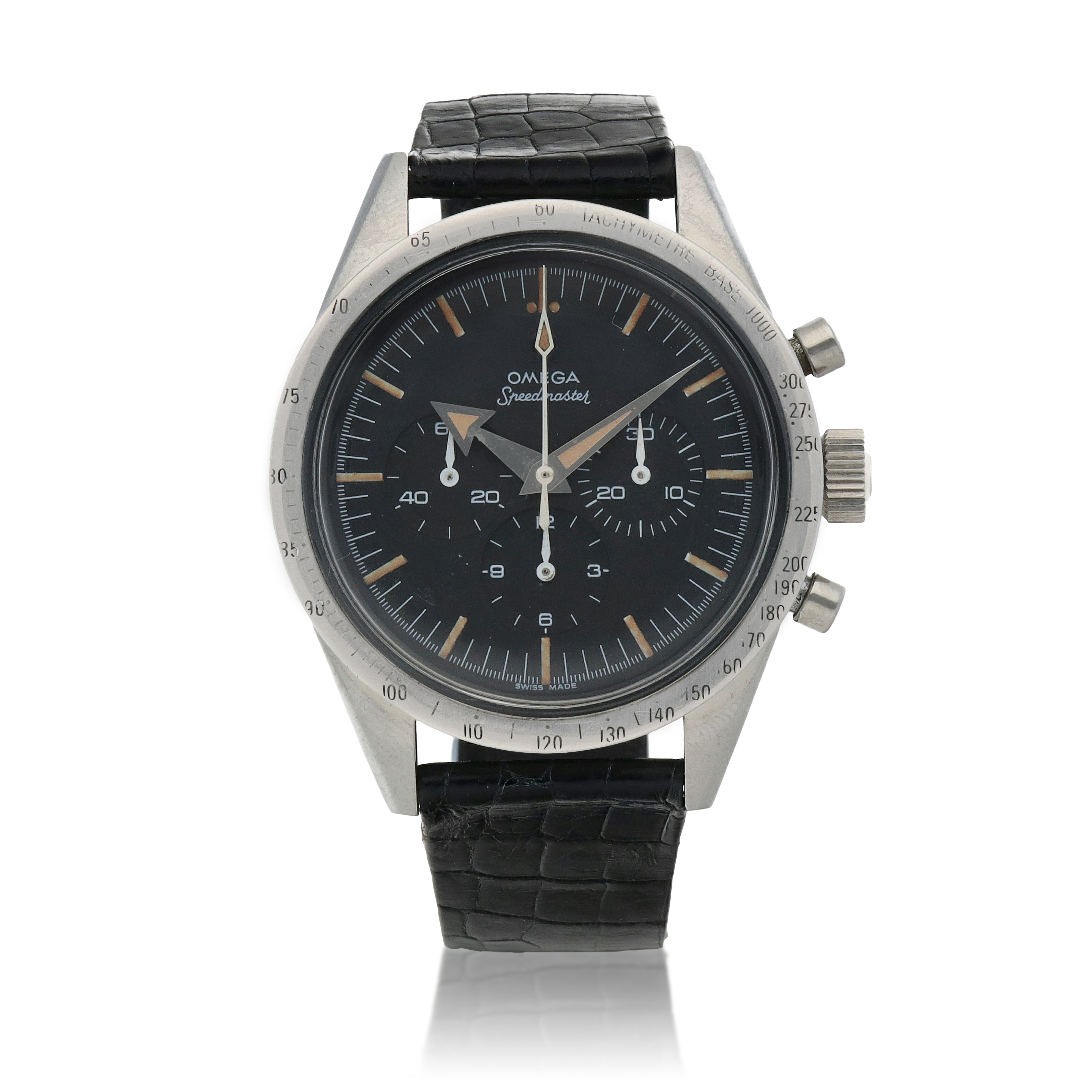 Accessories: Omega Extract from the Archives

MVT: is running at the time of cataloging.

CASE: is in fair and attractive condition. It presents some wear with visible scratches and dents. It was polished and the numbers on the edge of the bezel have slightly faded, and the lugs are quite soft. The crown appears to have been changed at a service.

DIAL: is in fair condition. There are some absolutely minor surface blemishes visible when closely examining the dial. The indexes and the hands have been relumed. The hands show some scratches and slight signs of oxidation.

The Omega Speedmaster is not only the brand's most iconic model, but it also is a watch know of all and with a long and glorious history. From its launch in 1957, the watch has positioned itself as the professional model of the brand. It was the first watch to ever be fitted with a precise tachymeter scale on the bezel as opposed to it being printed on the dial.

Soon after, the Speedmaster became the preferred watch of several NASA astronauts. While on the first manned space missions a wristwatch was not considered a necessary piece of equipment, the astronauts had to buy these watches privately instead, thus becoming the first watch to go to space. Later, when NASA decided to equip astronauts with chronograph watches, they made a selection of three watches which they tested in the most extreme conditions. The Speedmaster was the only one that survived those tests and it was declared Flight Qualified for all Manned Space missions. After many expeditions to space, in 1969, it became the first watch to be worn on the moon. The watch went on being astronauts' favorite choice for missions to space up to the present day.

The reference CK2915 is part of the first series of Speedmasters that was made and only produced between 1957 and 1959. There were three different versions in production for a total of approximately 3000 watches. This particular piece is part of the first iteration and it was only made between 1957 and 1958. The CK2915-1 is extremely rare and is truly a collector's piece that carries a lot of history. It marks the basis for a collection of Speedmasters that were part of many major space exploits over the decades that followed its original launch.

This watch is offered with an Omega Extract from the Archives confirming date of production on April 17, 1958 and delivery to the Belgian market.