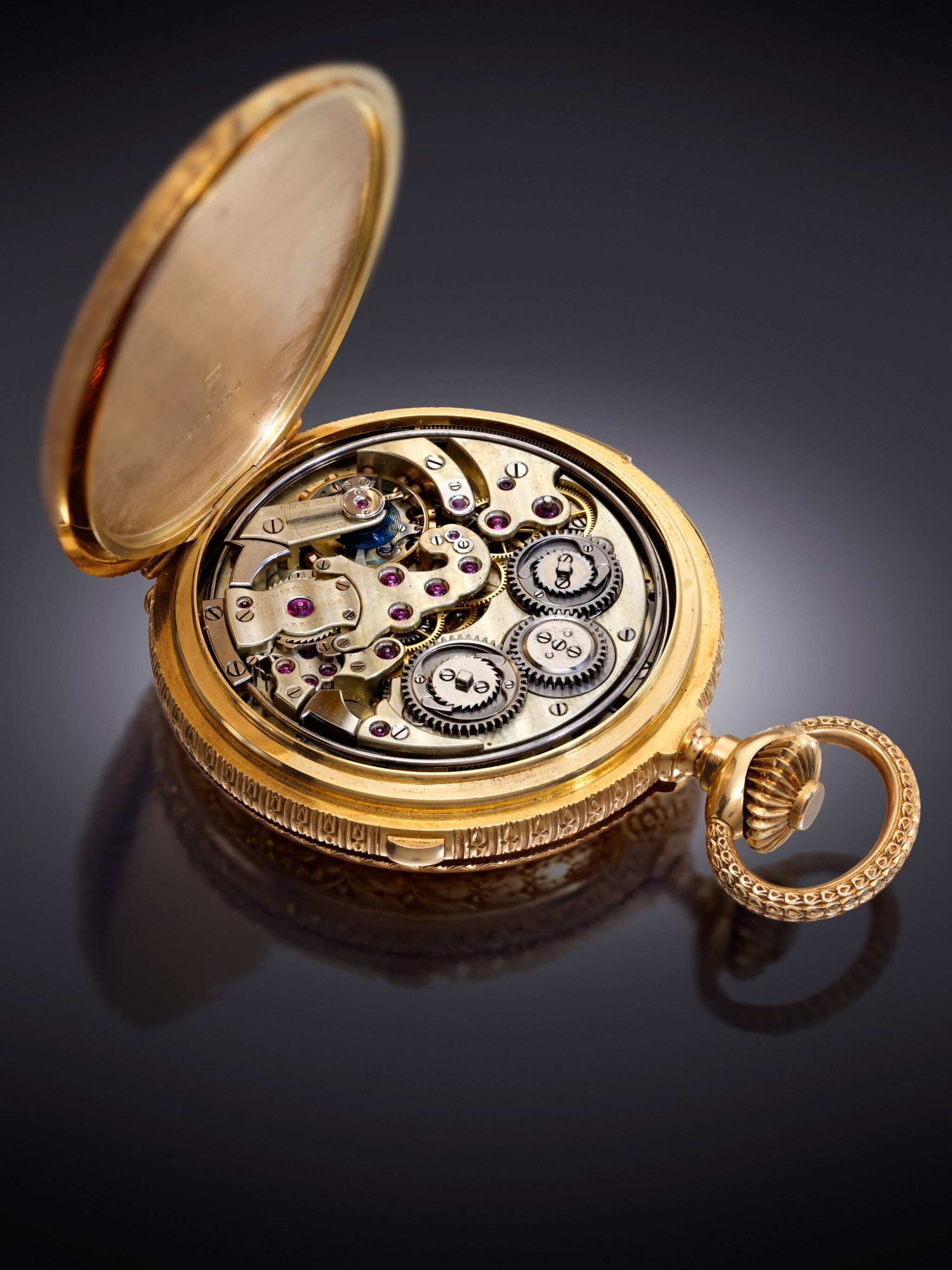 Case: The case is in excellent condition, with a robust case, strong hinges to the hinged case covers and strong definition to the finely chased and engraved details. Warm and attractive patina throughout.

Patek Philippe’s independent dead-beat seconds function was a culmination of nearly a quarter century of research, development and improvement, making this complication exceedingly rare in the firm’s repertoire. The present example is one of only six watches known today featuring this complication with the addition of a minute repeating complication. It is further heightened by a fully chased and engraved hunting case and retailed by F Sauter & Co., Havana Cuba.

The independent dead seconds mechanism was first developed by Moise Pouzait, Geneva 1776. The mechanism requires two going trains, one for each the movement and the sweep center seconds, allowing it to be stopped without affecting the main train and interfering with the accuracy of timekeeping.

Adrien Philippe developed and improved upon this original design for decades, filing for Swiss patent No. 1017, awarded on 23 May, 1889. Philippe’s complication moves the seconds train over the center bridge, allowing for a larger balance spring and more efficient timekeeping.

A similar movement but with single independent center-seconds and without minute recorder is described and illustrated by Martin Huber & Alan Banbery in Patek Philippe Pocket Watches, 1993 Edition, p. 197, fig. 170 b.